Home » Guides » uTorrent vs. Vuze: Which is Better?

uTorrent vs. Vuze: Which is Better? 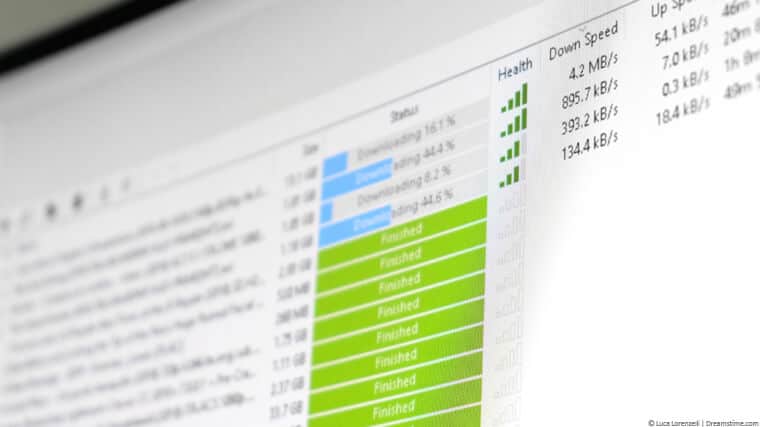 Vuze and uTorrent are two BitTorrent clients that are probably the most popular ones out there.

They certainly stand out from the rest for a variety of reasons, and as such, they are often compared, as tech lovers always wish to know which one is better.

Of course, both are fully capable of creating .torrent files, downloading them, seeding them, and doing everything that a torrent client is supposed to be able to do. In addition to these basic features of a torrent client, they also offer several smart and advanced features.

To see what they can really do and to try and see which one is better, we made a comparison of the two which will, hopefully, provide you with all the answers you are looking for.

uTorrent is an efficient, lightweight torrent downloader which is used by countless users around the world.

It is very user-friendly and pretty simple in design, which is another reason for its popularity. However, it does have a flaw that those who prefer Vuze often like to point out, and that is the fact that it is not open-source.

This is a problem because, in theory, developers could add anything to the software without the users ever knowing about it. This lack of transparency is not the only thing that people tend to hold against this client.

It also doesn't have plugin support, and in terms of features, Vuze definitely offers more. Vuze, goes a bit overboard in this regard, but more on that later.

uTorrent also features ads, although it is possible to disable them, so we do not hold it as a too big of an issue.

uTorrent's client is clear without the added features

As mentioned, uTorrent is among the most popular BitTorrent clients, and it certainly did not get to be at the top due to its flaws.

In other words, there are plenty of details about this software that users appreciate quite a bit. One of them is the fact that it is not Java-based, which is an advantage it has over Vuze.

This makes it lightweight, fast, small, and it doesn't have a significant impact on your CPU or RAM. If you have an older or under-powered device, you'll appreciate this fact.

It is, therefore, faster than Vuze, too. But, this also implies that a separate version needs to be developed for every single platform.

Don't forget to use a VPN like ExpressVPN or CyberGhost VPN to make your downloading extra secure.

In the end, let's summarize uTorrent's advantages and disadvantages.

Vuze is another BitTorrent client that has grown to become very popular among torrent users.

It started as a piece of software known as Azureus, although its name has changed over the years.

However, Azureus' classic interface continues to exist within the client. Still, that doesn't make it any less powerful as a BitTorrent client.

It is probably best known for offering a vast number of different features and even support for 3rd party plugins.

Unlike uTorrent, however, Vuze does require Java Runtime Environment (JRE). However, many consider this to be a good thing, as it can run on any platform that supports Java, unlike uTorrrent, which needs a separate version for each platform. 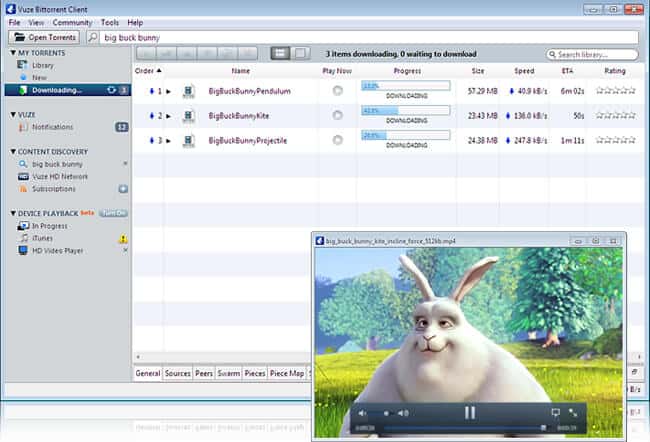 Vuze looks slick and has plenty behind the scenes

While we have seen that uTorrent is undoubtedly fast, many claim that Vuze is just as fast, or even faster.

Of course, these are all personal opinions, and tests did not provide a definitive winner. It's certainly worth you trying both on your system to see which performs better.

Vuze also created another torrent client a few years back, calling it Vuze Leap. This one came as an attempt to make Vuze use fewer resources and features while simplifying its GUI.

The simplification comes because Vuze is generally overly complicated, and it simply has too much for the average user. It certainly offers more than most users will ever need.

So, if you ever felt like the original Vuze is slow and too bloated, Vuze Leap might just be the solution for you. If you don't feel like switching to uTorrent, that is.

Check out our round-up of the top 21 Torrent sites.

As you can see, both of these clients have their advantages and disadvantages, but they also both have dedicated user bases that will defend their preferred client for as long as they need to.

In the end, it all comes down to personal preference.

uTorrent is simple, lightweight, and fast.

Vuze is filled with features, functionalities, tools, plugins, and more.

If you appreciate a simple approach, go for uTorrent, but if you like to experiment, tinker and play around with features and settings, Vuze is your choice.