Home » Guides » Is using a VPN legal? or illegal?

Is using a VPN legal? or illegal? 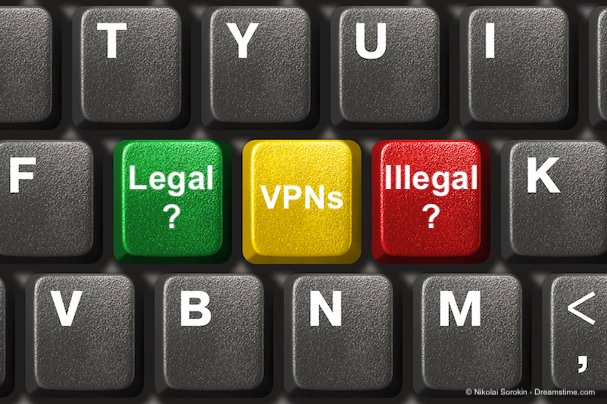 VPNs are a great tool for protecting your online privacy and security.

They encrypt your online data and hide your IP Address to prevent governments, ISPs, and hackers from monitoring your online activities. They can also unblock censored and geo-restricted content around the world.

A growing number of internet users love VPNs, but many governments do not. For some, VPNs are tools to break local censorship and surveillance laws. For others, they are a device people use to hide illegal activity.

As a result, the answer to whether using a VPN is illegal or not depends on where you live.

In the UK, USA, and the vast majority of other countries around the world, using a VPN is completely legal.

You can sign up for a VPN such as ExpressVPN using your regular credit card and accessing websites, downloading apps, and connecting to servers around the world can all be done without any fear of legal retribution.

However, that doesn’t mean that anything you do while using a VPN suddenly becomes legal too. Indeed, much of the suspicion that many governments have about VPNs stems from the impression that they are used primarily to hide illegal activity.

This is categorically not the case, but users should still be aware that there are some activities that will be illegal in most countries whether you are using a VPN or not. These include:

A VPN may make it harder for people to get caught undertaking such activities, but they are still illegal. And beware, some less reputable VPNs (not those recommended on this site) will hand over user data if asked to do so.

Where are VPN apps illegal?

While using a VPN is legal in most countries, there are a handful where it is not.

There is an outright ban on the use of all VPNs in just four countries at the moment:

Where are VPN services blocked?

In addition to these, there are another six countries we are aware of where the government has placed some kind of control over VPN use.

Usually, this means that the countries are trying to block access to VPNs, with mixed success in most cases. In some VPN services might be available, but their use still subject to legal restrictions.

Those six countries are:

Some VPNs like ExpressVPN and NordVPN will still work in the majority of these countries. In places like China, many people use VPNs to access social media and overseas media outlets, as well as many other basic online services.

But users in these countries should be aware that if they are caught using VPNs, they could face serious legal consequences.

In short, in most countries, VPNs are completely legal to use. However, there is a caveat to this. While using a VPN may be legal, this does not make it legal to do things when using a VPN that would otherwise be illegal. Illegal activity is still illegal with or without a VPN.

There are a few countries where using a VPN is completely illegal and several more which have a number of legal restrictions on their use. We have detailed those we are aware of above. If you know of any others, do let us know.

In these countries, it is usually still possible to use some VPNs, but if you are caught doing so, there could be consequences.