Home » Guides » Articles » Using a VPN on location in Malta

Using a VPN on location in Malta 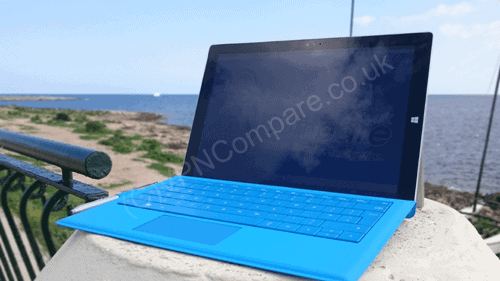 The United Kingdom is getting a little cold now its November, temperatures have been dropping to around 8 degrees celsius (46.4 fahrenheit) and the rain and cold are starting to grate a little.

So with that in mind and being in the fortunate position of working “online” so to speak, I have the luxury to work from anywhere with a Wi-Fi connection. Taking advantage of an extremely cheap last minute holiday, I packed up my laptop and work tools and headed off to the island of Malta. For less than the equivalent price of living in the UK for the same period of time, it was as cheap to take a trip than to stay at home.

Malta is a small island in the Mediterranean in Europe, just slightly south of Italy, with November temperatures of 20 degrees celsius (68 fahrenheit) and relative sunshine compared to the UK it is a much more pleasing working location.

One of the benefits of running a site such as this is the understanding of the insecurities of public Wi-Fi and when working on the move or for those who travel on holiday or business a lot, using public Wi-Fi becomes an necessity of evil. I’m not a huge fan of using public Wi-Fi, firstly due to the speed, no matter where you are, either in a hotel or bar/restaurant, the speed of connection is always lacking in comparison to a home connection or even 4G in some cases.

The second issue is the lack of security of public Wi-Fi systems. Firstly, as users we tend to trust names of Wi-Fi connections. For example if you are staying in a hotel named the “Holiday Hotel” you will quickly scan for Wi-Fi connections and without question connect to a connection named “Holiday Hotel Wi-Fi” or something similar, without evening stopping to question if it is actually the legitimate Wi-Fi connection of the hotel, in fact, the hotel may not even offer Wi-Fi, I’ve done it myself, so you are not alone.

It has been known for criminals to set up Wi-Fi hotspots with convincing names that entice users to connect to, the purpose of such a trick is to basically vacuum up and monitor all of the information that passes through that connection, this means that any information you send through the connection that isn’t to secure sites such as HTTPS ones can be stored and seen by those running the hotspot.

The next issue is although a Wi-Fi hotspot could be legitimate it is all too easy to see an open connection and connect to it quickly to check your email, update your social media status or do whatever else only takes a few minutes. The problem with that is because the network is open to all, you can’t be sure who else is on the same network and with this it introduces the possibility for others to snoop on what you’re accessing.

A simple tool known as Firesheep allows any basic user to snoop on the social media accounts of Facebook users connected to the same Wi-Fi network, so no matter if using an open public Wi-Fi network or even one that is password protected but accessible to the public, any user can make use of such a tool.

That is just the tip of the iceberg and if you find yourself unfortunate enough to be connected to the same network as a hacker or some other clued up nefarious type who knows what they’re doing then you could open yourself up for a whole host of further trouble.

So while abroad I’ve been making use of a VPN, a Virtual Private Network is a system available not only on your home desktop, but also for your mobile devices such as laptops, tablets and mobile phones. For both my tablet and mobile phone I’ve opted to use a combination of providers such as VyprVPN, IPVanish and LiquidVPN. 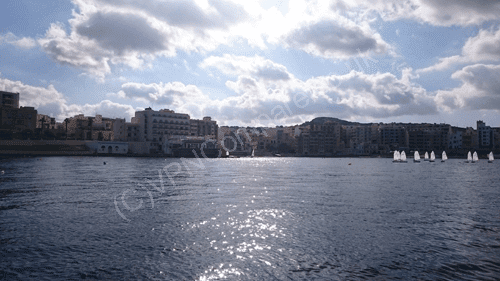 A Virtual Private Network is a system that encrypts your connection from your computer, tablet, phone or other device to a third party server owned by the VPN provider and then decrypts it before passing it on to the wider internet. How this safeguards your holiday connection is any data passing between yourself and the internet is scrambled meaning that anyone on the same Wi-Fi network as yourself can not read the data that is passing through the system.

The benefit of this is obvious but in a nutshell it means that as long as you can connect to a VPN via one of their protocols such as OpenVPN, L2TP, PPTP or proprietary systems such as Chameleon from VyprVPN then you are safe to use any Wi-Fi network without fear of having your personal data accessed.

The first internet connection I made use of was the hotel, unfortunately certain ports were blocked but luckily I managed to make an OpenVPN connection with LiquidVPN on port 80 to their Swiss server. With this knowledge in hand I used their config generator and created a port 80 OpenVPN config for their Romanian server which I then uploaded to Dropbox and downloaded on to my mobile phone.

So concerned I am about other people on the same Wi-Fi network, I will not use public Wi-Fi systems without connecting to a VPN and neither should you, the risks of data interception and loss are just too great to chance it, even if you just want to “update your status” or “check your email”

So while I enjoy the slightly milder temperatures of 20c that the Maltese islands offer I can also be safe in the knowledge that while working and keeping in touch with family that my data is safe thanks to the use of a Virtual Private Network. For the princely sum of $5-$10 per month (Approx £3-£6) it really is a “no brainer” to protect your online use.