How to use the Amazon Fire TV Stick in Canada 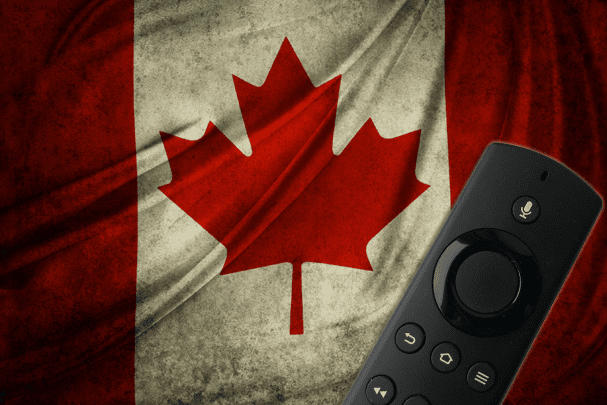 The Amazon Fire TV Stick and Fire TV have revolutionised the way we watch TV that goes without saying.

However, if you’re travelling abroad to Canada or any other country for that matter your Fire TV Stick (or Fire TV) essentially becomes a portable doorstop. Most of the apps don’t work and you certainly can’t sit back and enjoy some downtime watching your favourite shows from home.

There is however a handy app you can download for your Fire TV Stick or Fire TV called a VPN. This allows you to unblock your favourite apps in Canada and watch them as if you were at home in your own country.

It doesn’t matter where you bought your Fire TV Stick, be it the UK, America, India or anywhere else. A VPN will unblock them all allowing you to watch whatever you want in Canada.

VPN apps are massively popular these days for protecting online privacy. They also have the side feature that they allow you to unblock your Fire TV Stick in another country.

That means there is a lot of choices out there. You need to be a little careful when just randomly searching ‘VPN’ on Google because most don’t work with the Fire TV Stick.

After a lot of testing, I’ve found that ExpressVPN is the best for the Amazon Fire TV Stick and will let you watch all your favourite apps in Canada.

There are a few other good choices though so check these out if you’ve got time:

Now you’ve decided on a VPN app for your Fire TV Stick you’ll need to sign up for their service.

Just click one of the links above to visit the VPN provider of your choice. I recommend ExpressVPN because they work slightly better than the competition and they’ve got a 30-day money back guarantee but they all work so choose any.

However, if you’re only in Canada for a short period of time then a 1-month package may be more suitable for you.

Now you’re signed up it’s time to download the VPN app on to your Fire TV Stick or Fire TV.

How to use the Amazon Fire TV Stick in Canada:

Step 4: Connect to your home country

Once the app has connected you can press the ‘Home’ button on your Amazon Fire TV Stick or Fire TV remote control.

Now you’re connected you can use any apps as if you were at home.

If you’re from the UK for example then you can use apps such as TVPlayer to watch live TV or ITV Hub to watch on catch-up.

Most apps work directly but some such as BBC iPlayer will require you to use a Fire TV Stick web browser like Silk Browser which is now simply known as ‘Internet’ or Firefox and visit the BBC iPlayer website directly.

You can also use apps from other countries simply by connecting to that country. For example NBC Sports from America or SonyLiv from India.

You can use a Fire TV Stick or Fire TV from any country in Canada using the method above.

It doesn’t matter if you purchased an Amazon Fire TV Stick / Fire TV in the UK, USA, India or anywhere else they’re officially available from.

Just remember to connect to your home country on the VPN app to be able to access your regular apps.

You can also try connecting to other countries, for example, the United States and then using the Netflix app because you’ll be able to access more movies and TV shows.

Although the above solution works on almost all Fire TV and Fire TV Stick devices, there is one exception.

You’ll know you’ve got a Generation 1 device because there is no Alexa voice remote. It’s the little microphone symbol at the top of the remote control. 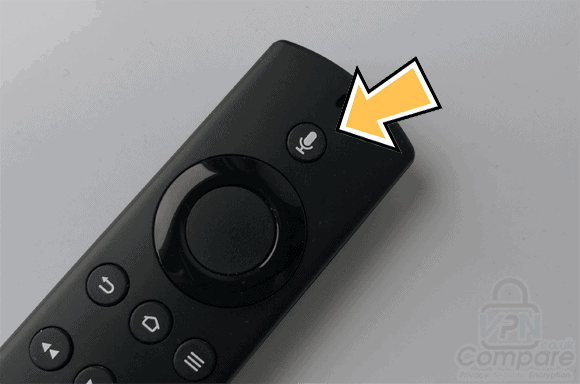 Look for the microphone button, if you’ve got it, a VPN will work.

Sadly, if you don’t have this then it won’t work. All Fire TV devices are compatible and any Fire TV Stick devices after the very first generation work too.

In Summary: Use your Fire TV Stick in Canada

To use the Amazon Fire TV Stick in Canada you’ll need to get a VPN app.

There are a few that work well with the devices but I recommend ExpressVPN. They’re easy to use and come with the security of a 30-day money back guarantee.

If you’re in Canada for a while then it’s worth taking their 12-month package because you’ll get 3-months free making it 49% cheaper than paying monthly.

Once you’ve signed up download their app onto your Fire TV Stick and connect to your home country. Once it’s connected you’ll be able to access all of your home apps like normal.

Have you followed the above instructions? How easy did you find them? If you’re struggling or think it’ll be too hard pop a comment in the section below and I’ll do my best to help you out.

More articles for you: