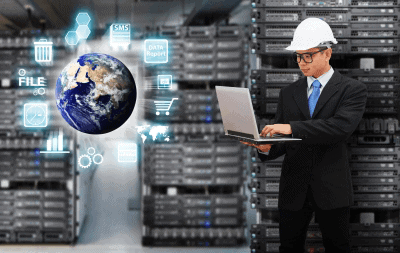 The past few years have been interesting in both terms of revelations (ala Snowden) but also due to the various security breaches and leaks (see Sony Pictures hack) that have amazed the world in recent times. With both issues at the height of the public conciousness, they are topics that won’t be disappearing from headlines any time soon.

The orders for the request come directly from the top with US president Barack Obama leading a speech in Silicon Valley at a Government cybersecurity summit. President Obama was quoted as saying “We have to work together like never before”.

Although the government would of liked big tech firms to attend and many did, some of the most popular names snubbed the event with Facebook, Google and Yahoo declining the invitation for senior staff members to attend. Instead, all three companies opted to send lesser executives.

After the hack of Sony Pictures, the US is interested in stepping up its efforts to fight cybercrime both at home and abroad. While the idea for tech companies to share information may seem like an honourable thing to do, tech companies in the US are wary of any information sharing ideas after falling fowl to the NSA surveillance that seriously damaged their public credibility in the last few years.

The US is not the only country focused on greater information sharing and curtailing of users rights. Only recently in the UK, the prime minister, David Cameron made calls for any communications methods which hamper the ability of the surveillance organisations to do their job, to be blocked.

Such a block would cause serious issues for those who wish to protect their privacy, not only from the government but also from criminals. To block the use of service such as VPNs that encrypt communications data or networks like TOR would hugely impact on a citizens right to protect themselves and no doubt cause massive uproar amongst the security community and wider public.

While the US government wants tech companies to share more data about their users, the trend for tech companies is pulling in the opposite direction. After the Snowden revelations, tech companies are working hard to distance themselves from government interference and making all the right moves towards the security of user data. Companies such as Apple have enabled encryption that is unable to be deciphered by themselves, making it impossible for them to help law enforcement agencies should it be required.

Apple are not the only company to make such moves and the US government may have an uphill struggle to convince the largest tech companies to play ball. In fact being too close to the government could backfire and seriously harm the public image of a company with many users willing to use lesser known, smaller companies who have an increased security system or privacy police that doesn’t compromise user data.

So as governments around the world push for ever more sharing of information, users will undoubtedly make more use of VPN encryption and anonymous networks such as TOR to carry out their online communications. Not because they have something to hide necessarily, but because they take offence to government snooping without reason and without a legal requirement.

Image courtesy of watcharakun at FreeDigitalPhotos.net