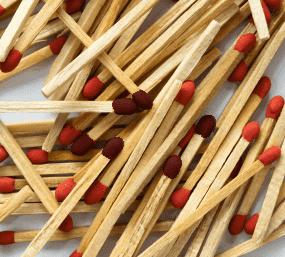 The organisation behind the initiative known as the Center for Copyright Information (CCI) even state this on their about page of their website claiming that the goal of the organisation is to “educate consumers about the importance of copyright protection” and “alleviate confusion and help Internet users find legal ways to enjoy the digital content they love“. In a nutshell, direct users from online piracy to legitimate sources of entertainment online.

The system known as the Copyright Alert System had within the first 10 months of operation sent out up to 1.3 million alerts of which affected more than 722,000 users and resulted in around 60,000 receiving some form of penalty. With groups such as the Electronic Frontier Foundation calling for greater transparency and accountability the system is still as ever making waves.

According to torrent leading news site TorrentFreak the system aims to double in size this year meaning that 2.5-3 million alerts could be sent out with a massive 120,000-150,000 users receiving some sort of action taken against them. ISPs have stated that users who receive more than 6 warnings can and will have their internet cut for a period of time (or indefinitely) or a range of other measures such as reduced speeds or static pages until the user has contacted the ISP directly to discuss the issue. While it can be argued that it is only right to detract users from using sources of illegal means it is also the case that the legal alternatives are often poor in comparison or for those outside the US and Europe, not even available.

The spoken goal is to educate the public regarding copyright issues and in theory stop users from accessing “free” content which is illegal and instead use official means which requires payment. However some concerns can be raised. Although the availability of official means has grown considerably with services such as Netflix it is quite obvious that the quality of even the official sources far lacks those available on more illegal means such as systems like Popcorn time. While services like Netflix mainly stream in a DVD quality services like Popcorn time can make videos available in 1080p just as easily and swiftly as the legal alternatives. The matter is even more complicated when considering the rest of the world with release dates still being staggered even though the advent of the internet brought about a much smaller world.

With the entertainment industry still living in distribution models that belong in the 80’s and 90’s is it likely that users of the internet today will opt for legitimate means when illegitimate ones are offering a far superior quality of service and product.

With US users facing a range of sanctions and restrictions against their internet connection should they fall fowl of the “six strikes” policy the uptake in VPN use is likely to increase rapidly. A Virtual Private Network adds in an extra layer of protection between your own internet connection and that of the service you are accessing. This allows users of P2P networks to in effect download material illegally without the worry of a punishment in the form of disconnection or speed restrictions. While there are VPN providers who do comply with such legal matters by disconnecting users who engage in illegal downloading there are still a handful of US VPN providers such as LiquidVPN and PrivateInternetAccess who do allow such access across their network. Not only that but the mass of non-US VPN providers such as Romanian based VPN.ac and Panama based NordVPN also offer options outside of the US to circumvent such US policy.

While the rights and wrongs of the “six strikes” policy continue to be debated the indication of stepping up a gear will no doubt cause a surge in the uptake of VPN services, quite how the CCI will combat such issues will be left to be seen and with VPN services offering basic anonymity the cat and mouse game appears to be getting interesting.

Image courtesy of nuttakit at FreeDigitalPhotos.net