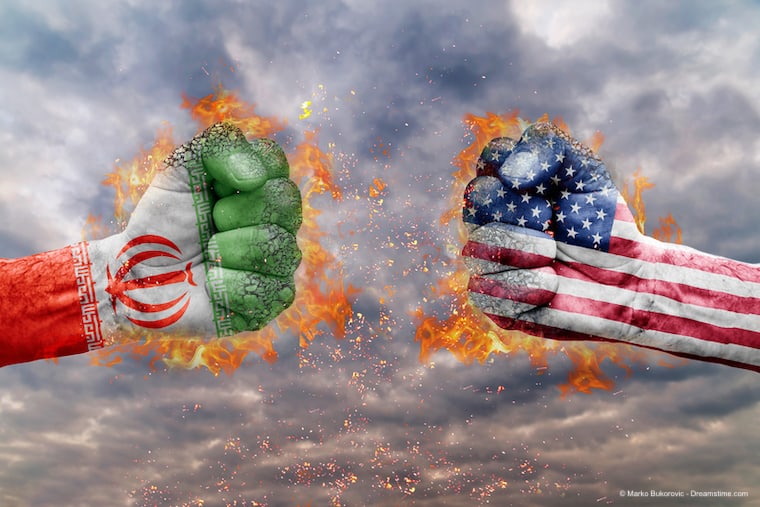 Technology companies that help Iranian’s to get around their regimes internet restrictions and enjoy free access to the internet have been enjoying US government funding for at least the past two years according to a Financial Times (£) report.

The FT report suggests that the US government has been providing funding to various VPNs and encrypted messaging services that are used by the people of Iran to communicate freely and access information that is censored by the country’s hardline Islamic regime.

A US Government programme targeting Iran

A source within the US State Department revealed to the Financial Times that there is a dedicated programme within US Government to facilitate an open internet and access to information within Iran as a tool to put pressure on the regime there.

According to the official, this programme has been ramped up ever since the protests in 2018, which were the largest seen in the Islamic Republic for more than a decade.

The Iranian regime operates one of the most pernicious online censorship and surveillance programmes in the world outside Communist China.

They have devised various methods to cut the Iranian people off from the free world including the creation of a domestic sovereign internet system, much like we have seen recently tested in Russia and a sinister programme of state-supported VPNs.

As with all authoritarian regimes, this is all part of the regimes efforts to maintain their grip on power. But the regimes ongoing differences with the US Government mean that it has long been deemed in the interests of the USA to ensure that free information continues to flow into Iran.

Many Iranian’s rely on VPNs to get around their country’s online censorship and surveillance. But not that many will be aware of the level of involvement the US government has in ensuring these services continue to work in Iran.

“We work with technological companies to help the free flow of information and provide circumvention tools that helped in [last week’s] protest,” the unnamed US State Department official told the Financial Times.

Psiphon and the Internet Freedom programme

One of these technology companies is the Canadian tool Psiphon. Psiphon is not a VPN as such but rather an open-source Internet censorship circumvention tool that uses a combination of different secure communication and obfuscation technologies.

Psiphon receives funding from the US Government and also has a treasury license. According to Psiphon, it has seen the number of users of its service in Iran jump by more than 25% so far in the month of January.

According to Michael Hull, the President and co-founder of Psiphon, it now has more than three million users in Iran. That’s not bad in a country with a population of around 80 million people.

The US government’s Iranian programme is rooted in a broader programme known as the Internet Freedom programme. This is an Obama-era project which pushes for the safe and free internet access of people in countries like Iran.

In the past twelve months, the Internet Freedom project has been funded to the tune of at least US$65.5 million. That represents a 30% increase since Obama’s last year in office and shows how seriously the Trump administration takes the project.

That might seem somewhat ironic to some American’s given the state of internet freedoms in their own country. But for Trump, this project is a key part of one of their major foreign policy objectives, which is to subdue regimes like Iran’s around the world.

The timing of the project couldn’t be more prescient too. Recent protests have seen an unprecedented increase in internet blackouts, censorship, and other control mechanisms being implemented in the country.

No reason for VPN users outside Iran to be alarmed.

The Financial Times source also told the paper, “We are able to sponsor VPNs – and that allows Iranians to use the internet.”

The source did not name any specific VPNs but there is no reason to think that any of the main VPNs, who might be working together with the US government on projects to spread their service in Iran, are in bed with officials at any other level.

The US Government has a long record of undermining encryption and seeking to stop people in its own country from using tools like VPNs to hide their internet activities from authorities.

But it is these very qualities that make VPNs so useful in the fight against tyranny in Iran and other countries like it.

It is quite possible for companies like Psiphon and VPNs to cooperate with the US Government on this project, without having to compromise on their principals and privacy policies elsewhere.

That appears to be what is happening and it is certainly having an effect.

According to Fereidoon Bashar, the executive director of ASL19, a Canadian technology company that supplies software to Iran, VPN downloads in Iran increased by 50% over the past week and protests rocked the country.

Few would argue that greater access to information and a free internet is a bad thing for the Iranian people, even if some were a little uncomfortable with how that access was being facilitated.