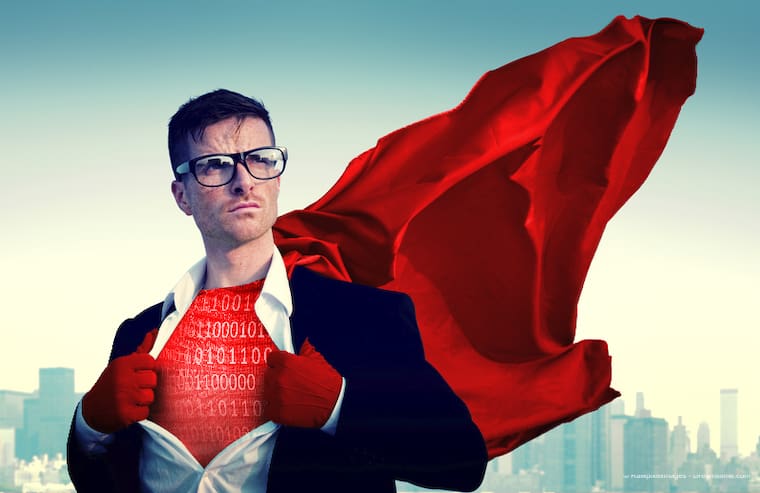 Has encryption been perfected? Well, an international team of researchers think it might have been after inventing a new technology which is capable of generating what they describe as ‘uncrackable’ encryption.

The breakthrough has been made by scientists at the University of St Andrews, King Abdullah University of Sciences and Technology (KAUST) and the Center for Unconventional Processes of Sciences (CUP Sciences), who have just published their findings in the scientific journal Nature Communications.

Their new system uses silicon chips that are capable of storing digital information as light. The data can then be sent through the specially designed chip where the light is bent and refracted. This process scrambles the data and so encrypts it.

This process effectively generates a one-time key which the researchers say is impossible to recreate or intercept and read.

They boldly claim that this chip is able to create ‘perfect secrecy’ and Professor Andrea di Falco, from the School of Physics and Astronomy at the University of St Andrews, who is also the first author of the research, described the technique as ‘absolutely unbreakable'.

“It can be used to protect the confidentiality of communications exchanged by users separated by any distance, at an ultrafast speed close to the light limit and in inexpensive and electronic compatible optical chips,” he explained.

At this point, you might be asking yourself why the encryption you already use in your VPN or encrypted messenger tool isn’t secure enough. After all, you will have read reviews of such products which describe current encryption methods as essentially unbreakable.

These reviews are not lying. The encryption levels used by the best VPNs on the market at the moment are indeed essentially unbreakable with the modern technology that is currently available. This is why the same types of encryption are used by people like the US Military.

But technology is progressing all the time and as computers get more powerful and faster, the prospects of being able to crack a 265-bit AES encrypted communication with so-called quantum computers will increase. In other words, the encryption we use at the moment is good enough for today, and tomorrow, but it is not 100% future-proof.

Online security experts have long been concerned about what would happen once we reached the point where existing encryption could be bypassed by quantum computers. It is just possible that this new creation could be the solution.

As the leader of the study, Dr Andrea Fratalocchi, Associate Professor of Electrical Engineering at KAUST, said in Nature, “If this scheme could be implemented globally, crypto-hackers will have to look for another job.”

Your VPN isn’t obsolete just yet

A few irresponsible headlines around this story have suggested that this new invention could make your VPN obsolete. To say this suggestion is jumping the gun is a massive understatement.

This new technology has just been revealed in a scientific journal. This is the first stage of a process that will usually take years, if not decades before it reaches a stage where it is being used by consumers. At the time of writing, there is not even a fully functional demonstration of the technology available.

There are many hurdles that have to be passed before these chips are being used in everyday items and it is quite possible that it doesn’t reach that point all. Another invention could quickly usurp it or faults and vulnerabilities could be discovered as tests progress.

The scientists themselves are much more cautious in the words, talking about potential rather than application in the here and now.

So, could this new invention make a VPN obsolete? Possibly? But if it is going to, it will not be for many years if not decades.

It absolutely must not be thought of as an alternative to using a VPN right now. Premium VPNs already offer encryption that is essentially unbreakable with any technology that exists today. To suggest otherwise, as some media outlets have, is grossly irresponsible.

It may not always be the case but the best VPNs have a strong reputation for evolving their products to meet new market challenges and there is no reason to think that will change. It is therefore quite possible that VPNs might end up embracing this technology or developing alternative types of encryption that can combat the future threat of quantum computing.

This new development is extremely exciting and could well prove to be a watershed moment for the cybersecurity industry. The team behind it is working on options for bringing their technology to commercial applications and they also hope to have a fully functional demo of it available soon.

We wish them the very best in their work and will heartily support anyone who is working to improve the privacy and security options available to internet users around the world. It is early days for this particular development but if it does work, it could indeed be revolutionary.