How to watch the Scottish Premier League in the UK 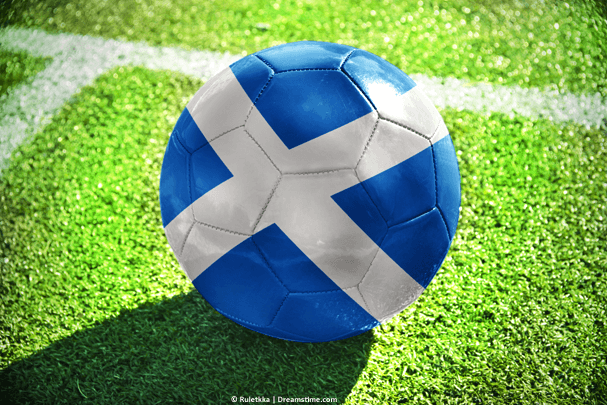 In this article I'm going to show you how you can unblock and watch the Scottish Premier League in the UK, Ireland and more specifically in Scotland.

If you're a Scottish football fan then your options for watching can be extremely limited. Although almost all teams in the Scottish Premier League have online streaming services, they blocked for viewers across Scotland, the UK and Ireland.

But did you know you can use a VPN app from a company like ExpressVPN and unblock those live streams?

A VPN from ExpressVPN allows you to watch the Scottish Premier League matches live online from within Scotland or anywhere else in the UK or Ireland.

Below I'll show you how easy it is.

To unblock and watch the Scottish Premier League you'll need to get yourself a VPN app. These are available for all types of devices from your computer to your tablet or phone. They even work on devices like the Amazon Fire TV Stick.

There are too many VPN providers to count and some just aren't fast enough for live sport like the Scottish Premier League.

My recommended VPN service is ExpressVPN. They've got a 30-day money back guarantee so if in the unlikely case you can't get it working then you can simply get your money back.

You can also save 49% off their standard price if you take their annual package which will let you watch the entire season cheaper. My top 3 VPN services for unblocking and watching the Scottish Premier League are:

Select one of the providers above and sign up and then follow the steps below to unblock and watch the Scottish Premier League.

How to unblock the Scottish Premier League

Once you've decided on a VPN service, follow the steps below. I'm using ExpressVPN as my example but the process is much the same with the other providers too. 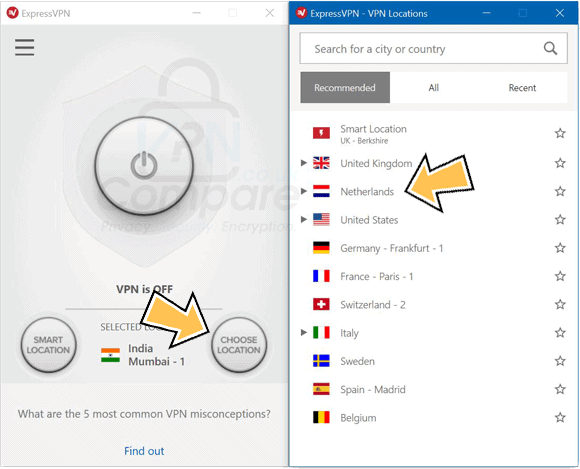 You'll now be able to sign up for the international package for your team which will allow you to unblock and watch all the matches they show live.

You'll need to connect to the VPN app each time you want to watch a match.

It's well worth signing up for the annual package from ExpressVPN because you'll get 3-months entirely free saving you up to 49% off the regular price.

This will allow you to watch the entire season at a reduced rate.

Almost all Scottish Premier League and lower league teams have streaming websites. They allow you to watch live coverage of their matches.

Using a VPN from a provider such as ExpressVPN allows you to unblock them in Scotland, across the UK and Ireland and watch live. Use the list below to find the site for your team.

Most subscriptions cost between £70 – £120 per season depending on the team you sign up for. You'll also need the ExpressVPN service but if you sign up for their annual package it works out only as a few extra pounds per month.

Don't forget if your team doesn't have a dedicated TV service you can subscribe to individual matches on the other teams' website.

To watch your favourite Scottish Premier League team or teams from the lower leagues you'll need both a subscription to the international streaming service of your team plus a VPN service from my recommended provider ExpressVPN.

Once you've signed up for a VPN from ExpressVPN download their app. On the app connect to a country outside the United Kingdom.

Then visit your teams' TV streaming website and sign up for one of the international packages they offer. Either the single match or season match pass.

Once signed up stay connected on the ExpressVPN app and then go to the live stream page. You'll now be able to watch the live streams of your teams matches.

When you want to watch future matches you'll need to reconnect to the ExpressVPN app. There are no additional charges for how many times you connect as long as you have a valid subscription.

If you sign up today you can save 49% off the ExpressVPN regular price when you take their annual account. They've also got a 30-day money back guarantee so if you can't get it working simply get a refund.

What's your favourite Scottish football team and who do you think will win the league this year? I would love to know so why not let me know in the comments section below.

Looking for more articles like this one? Why not try: