Home » Guides » How to unblock Tutanota and access it anywhere 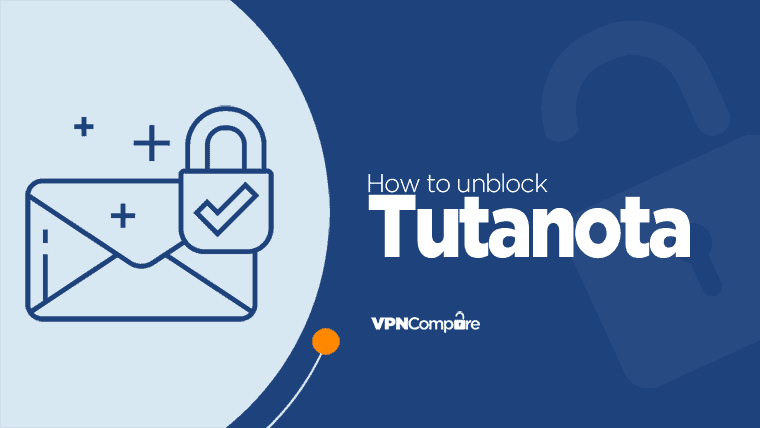 As you probably already know, Tutanota is one of the best anonymous email services in the world.

If you are concerned about online surveillance and you wish to have a peace of mind, this is a go-to service for you.

Unfortunately, recent reports state that some countries have blocked it – primarily on individual networks in the US, across Russia and Egypt, which are three of the countries in which you need it most.

Even if this doesn't affect you directly, other countries might still block it in the future, including your own.

If you have such concerns, here is how you can keep accessing it even if it's currently blocked or becomes so in future.

The short answer is that you need a VPN service or to use Tor. In this guide, we'll be concentrating on the VPN method.

VPN's are online privacy and security apps that allow you to protect yourself on the internet.

They use numerous security features to make your browsing sessions safe.

One example is encryption, which makes your online traffic unreadable to others. Another example is the security protocols it uses, which hides your traffic from view, entirely.

Finally, there is a network of servers that let you change your location by connecting to them, which also disguises your IP Address.

This is crucial for unblocking Tutanota, as you can simply connect to a country that does not block it, and access it from there.

Sergiu Gatlan of BleeingComputer said, “Russian users who cannot access Tutanota can use a VPN or the Tor browser to evade the ongoing block to get access to their secure Tutanota mailboxes.” (Source).

With VPNs, you can unblock almost anything on the internet (Tutanota included) and hide your online activities from most adversaries.

A thing that would usually be a bit of an issue for you, as a new VPN user, is which one to get?

There are hundreds of services out there, and if you're new to them, they might all look the same.

However, it matters which one you choose, and it matters very much. We recommend ExpressVPN as the best option.

ExpressVPN offers servers in 94 countries, which is one of the biggest networks in the industry. It has over 3,000 servers in total.

In addition to that, it uses secure industry-standard encryption and apps for all devices allowing you to access Tutanota anywhere.

It even features a 30-day money-back guarantee if you change your mind about it giving you plenty of time to test it risk-free.

Alternatively, you can also use CyberGhost VPN or NordVPN. The choice is entirely yours.

Now that you know that VPN is the way to go, it is time for you to learn how to get and use one for unblocking Tutanota.

The process is not tricky nor lengthy, so you don't have to worry – follow these few steps and you will be accessing your secure emails in no time.

Use Tutanota freely with ExpressVPN.

Good question, but thankfully the answer is, No.

VPN apps are primarily online security and privacy apps, and you have the right to have both in almost all countries.

The fact that VPNs can also unblock content like Tutanota is a kind of side-feature of the service.

In any case, VPNs are also used by companies to protect their secrets, governments, journalists, various agencies, and others who require safe communication.

While intrusive governments, such as the members of the 14 Eyes alliance, might be requesting VPNs within their jurisdictions to reveal customer data, VPNs such as the ones recommended above are in safe, privacy-friendly countries, such as the British Virgin Islands, Panama, and Romania.

As you may know, Tutanota is a secure email service that was created and operates from Germany.

Its name is rather interesting, as it comes from two Latin words – “Tuta,” meaning Protected, and “Nota,” meaning Message, or Note. 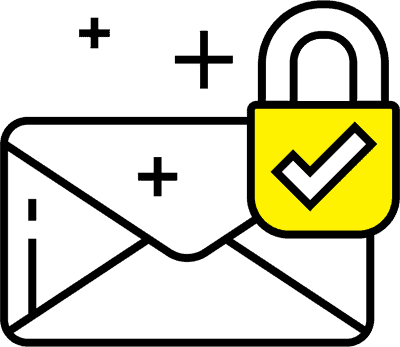 While the service is more than enough to maintain private correspondence – the fact that it is blocked in some areas means that reaching the service itself needs a VPN.

Tutanota is ad-free, fully secure and anonymous, with end-to-end encryption to protect all users, as well as their data.

Why do countries/networks block Tutanota?

Obviously, Tutanota provides its users with anonymity and other forms of protection that do not only hide their identities, but also the contents of their messages.

As such, Tutanota disrupts oppressive systems that are still being used by some countries today.

These countries rely on surveillance to control their citizens and destroy any sign of real opposition.

Since Tutanota helps people remain anonymous and safe, some countries have opted to block the service.

Unfortunately, this also means that some countries – the ones whose governments rely on surveillance and censorship to keep their control – are found to block it.

Whether it's your country or region blocking access or a network issue, you can use ExpressVPN to unblock it and use it freely anywhere.

Sign up, grab their VPN app, connect to a nearby country and enjoy using Tutanota without issues or effort.