Home » Guides » How to unblock TikTok and other apps in India?

How to unblock TikTok and other apps in India? 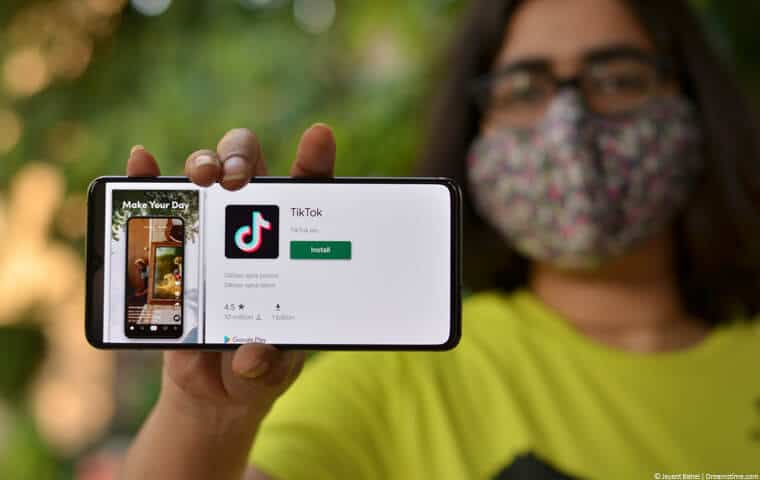 In a recent development, a whole host of apps have been blocked in India, including the popular TikTok.

If you're after unblocking it, this is the guide for you.

If you live in India, you likely already know about the substantial TikTok ban along with other blocked apps.

Meanwhile, if you plan to move to India, or even visit the country, you should be aware of this, as well.

India banned TikTok as well as a lot of other apps made in China over recent tensions.

If you're a big fan of TikTok or one of the other apps, then you'll definitely want to keep accessing… Well, fortunately, you can and below I'll show you how.

To unblock TikTok and similar apps in India, you will need one more app, this is called a VPN.

VPNs are online privacy, security, and anonymity apps that can keep your online activities and your identity secret.

They can also unblock any content by allowing you to connect to a foreign server, located in a country where that content is available.

By connecting to a foreign server, you will get a new IP address which will make it seem like you are located in the same country where the server is.

Once that happens, you will no longer be bound by your own country's restrictions.

So that means you can connect to a country nearby India where TikTok or the other banned apps work and still keep using them.

What's the best VPN to use?

When it comes to which VPN to use, our favourite is ExpressVPN, and for a variety of reasons.

This VPN has one of the largest and most stable server networks out there, featuring over 3,000 of them in more than 94 countries.

That, of course, includes India and plenty of the surrounding nations. Nearby locations include Pakistan, Bangladesh, Nepal and Bhutan.

Next, it has excellent speeds, which is something that you will need if you wish to use TikTok without any video playback issues.

It also offers top protection, so you don't have to worry about anyone finding out what you are doing online. Its prices are reasonable, and it has a 30-day money-back guarantee, just in case you don't like it or if you find out that it doesn't serve you well.

While we find this unlikely, if it does happen, we can also recommend NordVPN and CyberGhost, the choice is yours.

How to access TikTok and other apps in India

If you are ready to unlock TikTok and other apps not available in India, here is what you need to do.

Connect to any country outside India.

Is there a free VPN?

Free VPN apps are dangerous, not only can they install malware, but you don't know who's running them which puts your information at risk.

If you're looking to try before you buy then VPNCity has a completely free 7-day trial.

Of course, this doesn't mean that your troubles are near the end, as finding and downloading TikTok and similar apps might be a problem of its own if you don't already have them previously installed.

You see, they could be blocked from the Google Play Store for new installs.

If this ends up being the case, you will have no choice but to use some unofficial app stores, like F-Droid or APKPure.

However, if it does come to this, you must be very careful, as such app stores usually don't have the same kind of security and dedication to rooting out malicious apps. You can never know who posted the app and what they may have done to it.

As a result, you could get your device infected with a virus or malware of some kind. Always check out the comments in order to see if there are any unsatisfied users, and be extra careful about what permissions you give when installing.

Check out F-Droid or APKPure for more details.

TikTok and many other apps have grown to become extremely popular around the world.

Due to recent tensions between India and China, TikTok and other apps have found themselves banned in the country.

If you're interested in accessing TikTok or many of the other apps that are no longer accessible, then you'll need a VPN.

I recommend using ExpressVPN, you'll then be able to unlock any of the blocked apps in India with ease.