Home » Guides » How to Unblock Minecraft at School or Work

How to Unblock Minecraft at School or Work 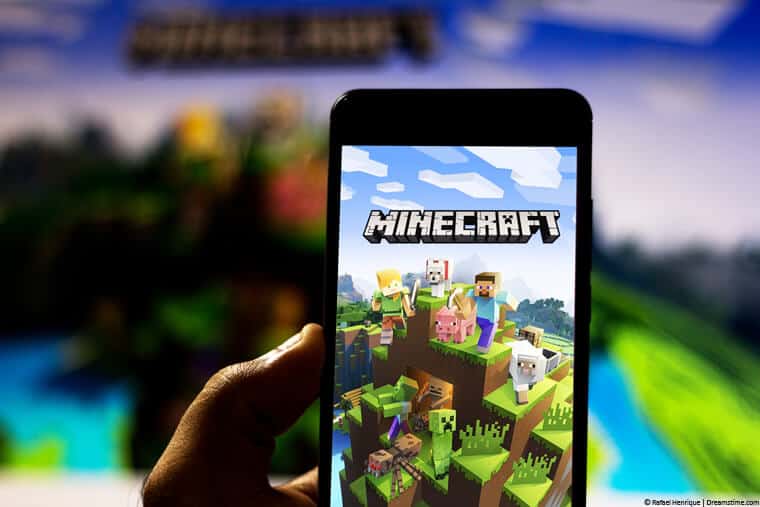 Minecraft has done something that only a handful of other games managed to do in the video game history – it came back.

More than that, it did so years after its original release, managing to cause hype among an entirely different generation from the one it was developed for.

Unfortunately, a lot of Minecraft enthusiasts often find themselves with a bit of spare time, and a network that doesn't allow them to connect to the game's servers.

This kind of censorship is typically encountered in schools, workplaces or other locations where they restrict gaming as they have full control over their private networks.

Fortunately, you can bypass this, and if you keep scrolling down, you'll discover how.

To bypass geo-restrictions and online censorship, you need to use a VPN (Virtual Private Network).

Well, it comes in the form of a small app you download for your device.

With a VPN, you will get access to servers located all over the world, all of which are censorship-free.

You can connect to them from anywhere as long as you have an internet connection. They stop the network you're connected to from knowing what you're accessing and bust through any blocks in place (excuse the pun!).

That way, you can play Minecraft whenever you have a chance to do so, without the fear of being unable to access its servers, or even that you will get in trouble.

VPN services will ensure that no one knows what it is that you are doing due to its security and privacy features, such as security protocols and encryption which hide and disguise all of your online traffic.

There are hundreds of VPN services available on the internet, most of them being there because VPNs became very popular in the last decade.

Their popularity, in turn, grew due to the growing amount of online censorship, geo-restrictions, online surveillance, and alike.

Millions are also using them for accessing different Netflix catalogues or watching TV from other countries.

With so much choice, it can be challenging to know which VPN to select.

After six years of using and testing VPN services, we can recommend some of the best options in the industry, and those would be:

My recommendation is ExpressVPN because in numerous tests both on our website and others found them to offer the best overall service, but you're free to pick any.

All three offer excellent speeds that are necessary for purposes like gaming, so you don't end up with lag ruining your block-building enjoyment.

They also offer thousands of servers in dozens of countries, allowing you to connect and play wherever you are in the world.

How to play Minecraft anywhere

To unblock Minecraft using a VPN, there are a few steps that you need to follow.

The process is effortless and straightforward. Follow these steps below to get playing:

One more thing that you should know is that the distance between you and the server you connect to can affect your speeds, so for the best performance, try to connect to the server closest to you.

In plain English, connect to your own country.

A VPN will still slow down your speeds by some degree because it encrypts all of your traffic.

However, this slowing should be minimal on all types of newer devices so you shouldn't have any issues playing.

Is there a free VPN that you could use?

There are free VPNs, yes.

The problem with them is that they usually have a small number of servers, which can be costly to maintain.

As a result, they are often overcrowded and far away, so you are unlikely to find one with good enough speeds, that would be able to serve you well.

Besides, free VPNs are also likely to record your data and sell it to advertisers in order to get the money that they are no longer getting from you.

The worst ones can be quite dangerous, as they might be malicious, and controlled by hackers who are after your data in order to steal your money, identity, or any information that can be sold on the dark web.

If you want to know more about why free VPNs are lousy check here, here, oh and here too.

Minecraft is a game that gives you the freedom to do whatever it is you wish to do.

This is why it managed to make a comeback like no other game ever did.

However, while you may be able to enjoy it at home without any issues, the same might not be the case if you try to connect to its servers from your school, work or other public places.

Outside locations have their own private networks, which allows them to set up their own rules, and such rules usually include censorship which will prevent you from reaching the desired content – in this case, Minecraft servers.

Fortunately, you can bypass this with a VPN, and the only thing you should be careful about is choosing the right VPN provider.

I recommend using ExpressVPN, but there are plenty of others you can choose, take a look at our VPN Comparison Guide to compare over 20 different services.

Ready to start playing? Get our Recommended VPN!