Home » Guides » How to unblock Fortnite at School, Work or Anywhere

How to unblock Fortnite at School, Work or Anywhere 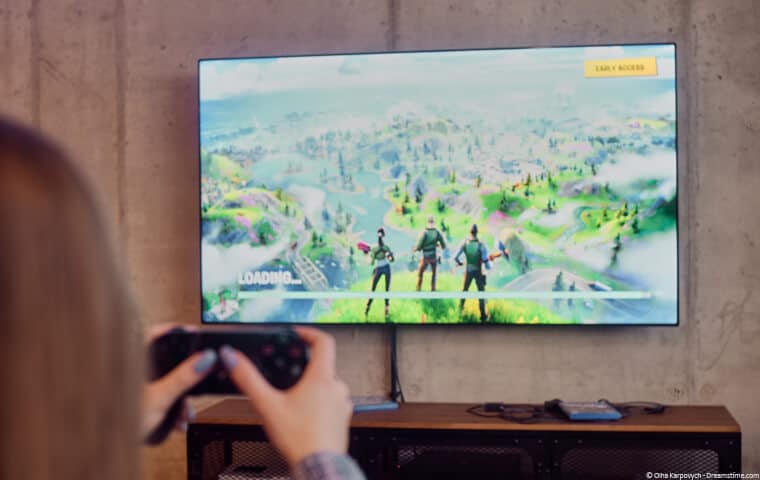 Wouldn't it be great if you could kick back and play Fortnite right now?

But blocks and other restrictions often put a stop to that.

Depending on where you're connected will depend if you can enjoy yourself on Fortnite or if you're entirely blocked.

The gaming industry is stronger than ever, and a lot of the major hits from the last several years are still going strong, even in 2020.

However, as a multiplayer game, Fortnite requires you to connect to a server and to play with others, which cannot be done on private networks, such as the ones owned by your school or work.

These networks tend to block everything that they see as a distraction, and so, to play it in such environments, you need a bit of help.

Keep scrolling and you'll learn how you can unblock Fortnite anywhere.

If you want to play Fortnite during breaks at school, work, or anywhere else where it might be blocked, you're going to need a VPN app.

VPNs are a great way to bypass any restrictions and unblock games like Fortnite and others.

VPN services have servers located all over the world, so even if the game is blocked in your entire country, you can connect to a server in some other nation, and access it from there.

The same is true for networks at school or at work.

Best of all, a VPN will encrypt and hide all of your traffic, so no one would be able to tell you're having a sneaky game of Fortnite.

Where to get a VPN for Fortnite?

There are many VPNs out there that you may want to consider, but the truth of the matter is that they are not all equally good.

Some of these services offer inadequate protection, while others are way too slow for playing a game online.

Speed is critical for Fortnite and in our recent speed tests, we found the following three to be the best:

All three of which have thousands of servers in dozens of countries, each.

Best of all, they only cost a few pounds or dollars, as well as offering long money-back guarantees, so you can test one out and get your money back if it is not good enough for you.

How to unblock Fortnite with a VPN?

If you're ready to get playing Fortnite using a VPN to unblock it then don't panic – it's straightforward.

VPNs are effortless to use.

I've broken it down to just a few steps so you can be playing Fortnite in no time.

Once you're connected, you're ready to get playing.

Load up Fortnite and enjoy unrestricted access wherever you are.

Now, with all that said and done, there are a few things to note.

First of all, while we did give you a way to play Fortnite at school/work, you should still be responsible about it, and not play games in study time, for example.

Your education is essential, and you should ensure that your studies/work come first.

Also, if the game is not allowed, the fact that you now know how to unblock it does not make playing it right.

In other words, make sure that you are allowed to play or get permission from those in charge before actually doing it. In some cases, you may be entitled to play, but the network restricts it – this is when you should use a VPN.

Once you do that, you can use the VPN to play it whenever there is time.

Don't blame us if you get in trouble for wasting valuable work/school time playing games!

While Fortnite has, in fact, passed its peak – it is still a game that a lot of people around the world continue to play, and this is unlikely to change for years to come.

If you are among them, and you are having trouble accessing it from your school, work, or elsewhere during your free time – why not use a VPN to unblock it?

Using a VPN is easy; the services are cheap, and the fastest ones will let you play Fortnite and other games wherever you are.

So, sign up to ExpressVPN or one of the other listed VPNs. Download their app, connect to one of their many locations and enjoy playing Fortnite. It couldn't be easier.