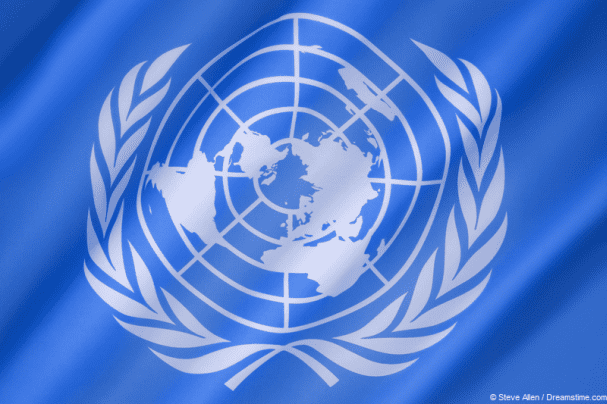 The United Nations (UN) is an organisation of international governments which is supposed to be responsible for maintaining global peace and security and upholding the basic human rights of people around the world.

Some experts have already started questioning how fit the UN is for this role in the modern world, not least because of prominent roles it allows both Communist China and Vladimir Putin’s Russia.

Until now, democratic governments have remained committed to the UN as a platform for diplomacy, but that could all be about to change after a farcical vote last week on the issue of cybercrime.

The United Nations General Assembly has approved a resolution put forward by Russia with the support of Communist China which aims to create a new international resolution on cybercrime.

It gives permission for the establishment of a committee of experts “to elaborate a comprehensive international convention on countering the use of information and communications technologies for criminal purposes.”

Nothing there that’s sounds too ominous you might think. But the sinister part is that the Committee is required to be made up of people “all regions of the world”.

What this term means is that there will be representatives of the Chinese Communist Party, the Putin regime in Russia, and their various allies and vassal states in regions like Central Asia and Africa.

In other words, state’s with a long track record of censoring access to the internet and routinely monitoring and spying on what their people are doing online, with the tenuous justification of national security given as their reason, will now have front-row seats on a body that will be influential in the global battle against cybercrime.

Even more worrying is the initial scheduling. This sees the first Committee meeting taking place this August to agree the agenda for their forthcoming activity. Critics have noted that this vital decision is being taken before any experts will have the opportunity to have an input.

US and EU opposition ignored

Ahead of the UN vote both the United States (US) and the European Union (EU) voiced their opposition to the motion stressing that the prospect of the new Committee being used by authoritarian regimes like Communist China and Russia to legitimise their online oppression was real and serious.

U.S. Deputy Ambassador to the UN, Cherith Norman Chalet, said that “this resolution will undermine international cooperation to combat cyber-crime at a time when enhanced coordination is essential.”

She then went further arguing that far from enhancing the global fight against cybercrime, the new Committee was likely to slow things down and muddy the waters.

“There is no consensus among member states on the need or value of drafting a new treaty,” she said. “It will only serve to stifle global efforts to combat cybercrime.”

Both Chalet and the Finnish Ambassador to the UN, who was speaking on behalf of the EU, noted that the UN already had a Cybercrime committee and it was already considering whether a new UN cybercrime treaty was needed.

But most damning of all have been human rights campaign groups. Human Rights Watch, one of the most respected of these organisations, was searing in its condemnation of the move.

They described the sponsors of this resolution as “a rogue’s gallery of some of the earth’s most repressive governments.”

A toothless UN past the point of irony

They are absolutely right and the irony of the idea of Communist China and Russia, who are guilty of a significant amount of state-sponsored cyber-attacks around the world, leading the battle against cybercrime, is rather like lettings the convicts run the jail.

The only possible outcome of this new UN-backed Committee is that it serves as a platform for legitimising the surveillance and censorship regimes that China and Russia are already seeking to export to much of the world.

It is also likely to be used as a platform by the Chinese Communist Party to push its cyber-sovereignty agenda which would allow any country to control its internet in much the same way they do already.

As Deputy Ambassador Chalet has noted, this Committee will only serve to further divide the international efforts to crack down on cybercrime as there is no way any legitimate democratic government is going to liaise with regimes like Russia and China on this issue.

Instead, this will be a body used by Russia, China, and their allies to push their own agenda and oppose efforts made by the likes of the US and the EU.

The vote on this resolution, which was passed by 79 votes to 60 with 33 abstentions, already shows this division occurring.

The difference between this and something like Communist China’s much-mocked World Internet Conference is that this Committee can claim to have approval from no-less-an-organisation than the UN.

It is resolutions like this that totally undermine the legitimacy of the UN as they make it appear like a playground for authoritarians rather than a serious defender of human rights and global peace and stability.

This resolution will only serve to hasten the demise of the UN. But an even bigger worry is the long-term impact it could have on internet freedoms, privacy, and security.