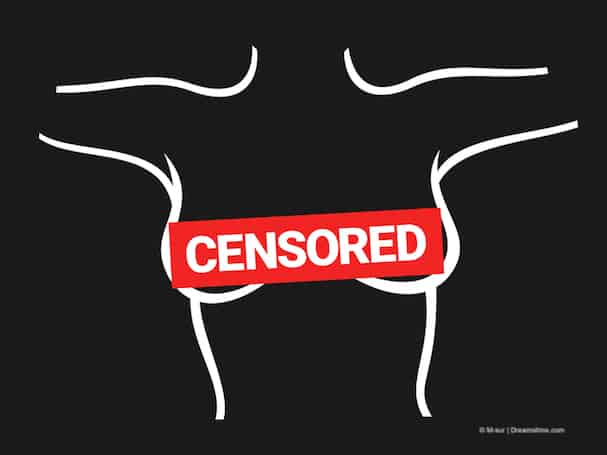 Britain’s leading censor has admitted that the UK Governments crackdown on online pornography is essentially meaningless after confessing that he would unable to control access to pornographic content on social media sites.

As we have reported previously, last year the UK Government committed itself to introduce age verification onto all pornographic content available in the UK.

And remarkably, the body handed the powers to potentially censor thousands of legal sites is the BBFC, whose only experience in such matters consists of deciding whether the movies you go to watch should be classified as a PG or a 12!

But, in an article for the Daily Telegraph, Austin has essentially admitted that his new powers are likely to have next to no meaningful impact. And the reason is that he has no control over X-rated content posted on social media sites like Facebook, Twitter, and SnapChat.

In essence, what David Austin is admitting is that a piece of kneejerk legislation which is likely to see thousands, if not millions, of legal websites censored in the UK in order to stop children being able to access them, is likely to have next to no effect of kids access to pornographic content.

If this admission wasn’t bad enough, the BBFC is also readying itself for further criticism over an anticipated delay to the rollout of its age verification system. It was expected to lay its guidance before the House of Commons ahead of the summer recess, but this is now not expected to happen until the Autumn at the earliest.

That means that any age verification scheme is not likely to kick in until at least the start of 2019 and possibly later. Critics suspect that the BBFC is unsure how to make age verification effective without putting the online privacy of those who use it at risk.

Austin claimed that there would be a minimal amount of personal information required and it would all be held by a third-party body. But the lack of detail about how the scheme will work in practice means those comments will reassure few people.

BBFC know VPNs will get around age verification

And there was one more huge admission in Austin’s article in the Telegraph. In a throw-away comment, he admitted that “determined, tech-savvy teenagers may find ways around the controls.”

The fact is that almost every teenager, whether tech savvy or not, will be able to get round the new measures with a minimum of effort and next to no expense.