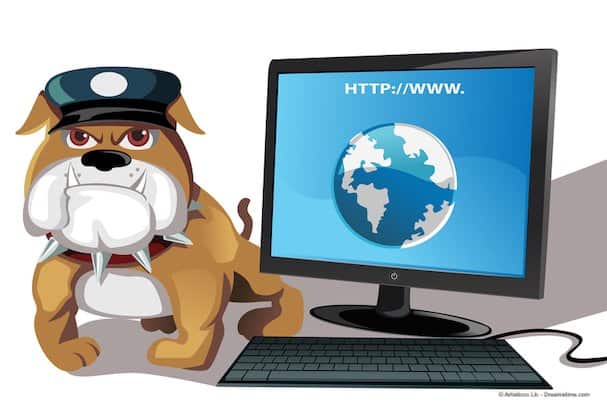 The UK Government is planning to create a new internet and social media watchdog which will have the power to regulate, fine, and also block access to websites which do not comply with its demands.

The plans, which have been announced in a White Paper released this morning have raised huge concerns from online rights campaigners with one former Government Minister suggesting that they could lead to a “draconian censorship regime”.

The new independent watchdog idea has been put forward in a joint announcement by the Home Office and Department for Culture, Media, and Sport. In a joint document known as the Online Harms White Paper, the two departments outline why they believe these steps are necessary.

They cite a number of emotive cases where tragic incidents, such as the suicide of teenager Molly Russell in 2017 have been linked to social media abuse. The Government then goes on to condemn big tech companies for consistently failing to self-regulate sufficiently.

“Despite our repeated calls to action, harmful and illegal content – including child abuse and terrorism – is still too readily available online,” claimed Home Secretary Sajid Javid, who then went on to say that websites such as Facebook and Twitter have a moral duty “to protect the young people they profit from”.

Culture Secretary Jeremy Wright went even further in an appearance on the BBC. He said, “The era of self-regulation for online companies is over… Voluntary actions from industry to tackle online harms have not been applied consistently or gone far enough.”

In the White Paper, the Government outlines their intention to target terrorist and child abuse content as well as revenge pornography, hate crimes, harassment and the sale of illegal goods.

However, the plans are typically vague. While an independent watchdog is proposed, it is not clear whether this would be a whole new body or new powers given to an existing organisation.

The government claims that they will make tech companies fund the new watchdog and require it to create a new code of conduct which immediately opens it up to conflict of interest questions.

However, the most concerning aspect of the new proposals is the suggestion that the new watchdog will have the power to block access to websites they deem to be non-compliant.

Former Secretary of State for Culture, Media, and Sport, John Whittingdale has already warned that “With their ‘duty of care’, well-meaning ministers want the same laws to apply online as offline – but they risk dragging British citizens into a draconian censorship regime instead.”

He went on to caution that introducing such a censorship regime risked giving credibility to regimes like those in Communist China and Russia which already censor huge swathes of the internet.

“This mooted new UK regulator must not give the despots an excuse to claim that they are simply following an example set by Britain, where civil liberties were first entrenched in Magna Carta 800 years ago,” he warns.

He is not the only person to have grave concerns about the government’s new proposals. The Institute for Economic Affairs think-tank issued a statement cautioning that “Granting the Government power to dictate what content is or isn’t appropriate for people to see sets an extremely dangerous precedent.”

“These draconian regulations will do more harm than good, ushering in new levels of censorship and killing innovation along the way,” they continued. They are, of course, absolutely right.

There are still a huge number of questions to be answered so it would be premature to make a prediction about how these proposals will pan out.

How much power the new body will be given to censor the internet is still not clear nor is the question of what sites they will target. If Twitter fails to take down all content deemed problematic, will Twitter really be blocked in the UK?

The biggest problem is going to be defining what content the new body wants to block. Much of the sort of content being muted by campaigners in favour of greater online regulation, such as the NSPCC, is perfectly legal in the UK, but can still be harmful to some people, especially if they are already vulnerable.

One example that has already been talked about is anti-vaccination propaganda which undoubtedly does a great deal of harm through the spread of misinformation but which is not in itself illegal.

Tech companies like Facebook and Twitter have, perhaps surprisingly, cautiously welcomed the proposals. But, this should raise further questions too. The likelihood is that they see new regulation as something they can help shape and something which will serve to stop other innovative sites challenging their market dominance.

If the new regime does prove to be as bad as some people fear, there will still be the option of using a VPN such as ExpressVPN and IPVanish to connect to internet servers outside the UK and so get around any censorship that may eventually be put in place.

But if you feel really strongly about having your say on these potentially dangerous proposals, you can do so now. The White Paper is open to public consultation for 12 weeks until 1st July and you can find out more information here.