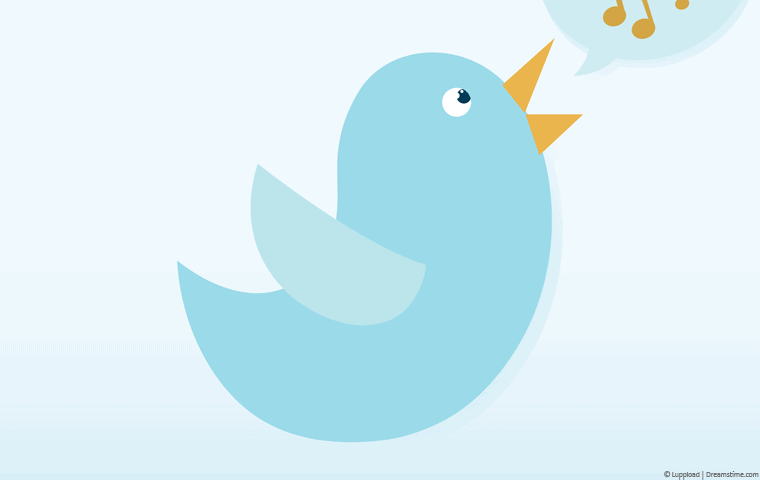 Twitter has never shied away from the fact that if Government’s or courts demand access to information about its users, it will consider each application on its merits and where appropriate comply with these requests.

The trade-off is that Twitter tries to be as transparent as possible with users about how many surveillance requests it receives from different countries and how many it complies with.

But there are certain types of requests that it is obliged to keep under tighter wraps. In the USA, the government can issue social media sites like Twitter with a National Security Letter (NSL).

NSLs were created in the 1986 Electronic Communications Privacy Act originally as a tool to target suspected spies. Under the hugely controversial 2001 Patriot Act, NSLs reach was broadened to cover anyone suspected of terrorism or acting against the interests of US National Security.

Under the current law, Twitter is not even allowed to tell users how many NSLs it has received, never mind who they were targeting, what information they sought, and what cases they relate to.

All Twitter is permitted to do is reveal a broad range in which the number of NSLs it has been sent resides. While this does tell users a small amount, it is an almost meaningless figure on its own.

Back in 2014, Twitter decided to sue the US Government in an attempt to get permission to publish more information about the NSLs it received. The case they made was that restrictions on publications were unconstitutional under the First Amendment which guarantees the right to freedom of speech.

Six long years later and the Californian District Court has finally made a decision on this case. And it’s bad news for Twitter and free speech.

District Judge Yvonne Gonalez Rogers flatly denied Twitter’s request and granted a request by the US Government to dismiss the lawsuit. She noted that the basis for her decision was confidential declarations she had received from the Department of Justice.

Without revealing any information about what these declarations contained, Judge Rogers merely said that they had convinced her that if Twitter were to reveal the exact number of NSLs, this would likely result in “grave or imminent harm” to national security.

It is difficult to offer any sort of appraisal of her decision given that all of the pertinent information she has used to reach it is not available for public consumption.

But from a layman’s perspective, it is difficult to understand how publishing the number of NSLs Twitter has been served with in a six month period could threaten national security as much as Judge Rogers has implied.

Twitter is not asking to publish any further details about the NSLs. It doesn’t want to reveal names, or the case details, or what information was handed over. Just how many NSLs it has received.

Disappointed but not deterred

A spokesperson for Twitter told the tech news website Engadget that it was disappointed with the ruling. But it was notable that the statement did not indicate that Twitter planned to appeal the decision.

Instead, Twitter reaffirmed its commitment to transparency describing it as a “guiding principle” behind the company and stating categorically that “we strive at all times to help those who use our service and the general public understand how governments, including in the United States, interact with our company.”

They also urged users concerned or interested in their engagement with both the US government and other governments around the world to take a look at their bi-annual transparency reports.

These may not be permitted to reveal how many NSLs the company has been served with, but they do still contain a great deal of information about government requests for user information and how Twitter has responded.

Like Twitter, we are also disappointed that the California District Court has ruled against transparency and openness about the extent of government surveillance in the USA. It is to be hoped that Twitter will decide to pursue this case further.

However, we are encouraged to see a tech behemoth like Twitter taking the issue of transparency so seriously, that it is willing to pursue a case like this over what many will see as a relatively trivial and technical bit of data for more than six years.

A lot of big tech companies are far from transparent in the way they process and profit from user data and we are the first to criticise them when they keep information under wraps.

This has in the past included Twitter, and quite possibly will do in the future too.

But the Twitter transparency reports are among the very best and most detailed documents that reveal the extent of government surveillance and requests for information from them. We would love to see other tech companies producing such comprehensive documents and showing a willingness to fight for such transparency in the courts moving forward.