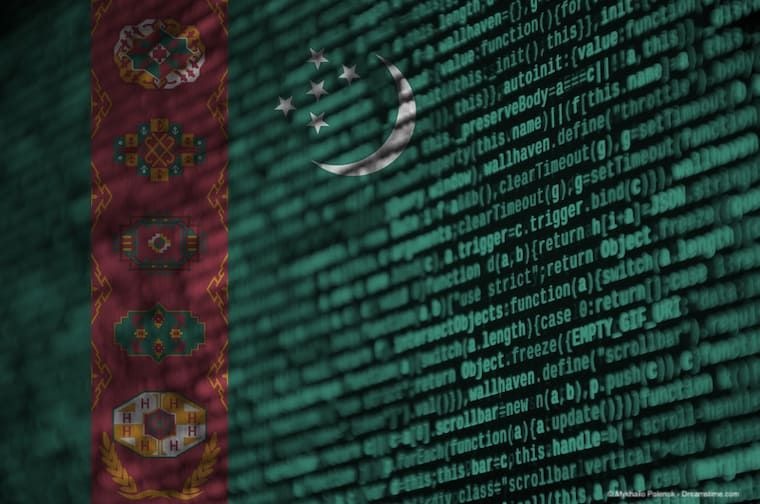 Reports are emerging from Turkmenistan that the government there is attempting to block access to VPN apps across the country.

Turkmenistan is one of the most restricted and oppressive societies in the world and internet controls there are already widespread.

VPNs have been illegal there for some time and we have already reported earlier this year how attempts to stop VPNs being downloaded from the Google Play Store led to a spike in searches for VPNs.

Now users in Turkmenistan are reporting that the most popular VPNs in the country are now coming under fire from the totalitarian regime there, with access becoming increasingly difficult.

Getting accurate information out of Turkmenistan is notoriously difficult but it has been reported that on September 6th,  President Gurbanguly Berdimuhamedow signed into force a new “Law on Cybersecurity”.

Details are sketchy at best but it seems that this law handing the government sweeping new powers to censor the internet and block access to key services as they see fit.

The justification given for such broad and intrusive new powers is, as is so often the case, the importance of national security.

The fact that reports of attempts to block access to VPNs have emerged within a few weeks of this law being passed suggests that there is a clear link between the two.

VPNs are commonly used in Turkmenistan to circumvent the regimes sweeping internet censorship and surveillance regimes.

What is the government saying about the blocks?

There has been no official statement from the Turkmenistan government yet, but this is far from unexpected. The regime there is far from outgoing and rarely comments on such matters in the media.

There is no media plurality in the country so very little public scrutiny of their actions will be found there. The use of satellite dishes is banned in Turkmenistan and the regime has even attempted to stop people listening to Radio Azatlyk, a free radio station which broadcasts from overseas in the local Turkmen language and is transmitted across the country.

There is also no government internet or communications body to approach over such issues. Orders about matters such as this come down from the highest echelons of the regime and those that implement the instructions have little choice but to do as they are told.

Even the courts have no legal role in making decisions such as this. No court orders or judicial approval are required. It is simply a case of the government issuing instructions and their IT workers delivering them.

In Turkmenistan, there is just one Internet Service Provider, Turkmentelecom, and it is controlled by the government.

How effective is the VPN block?

While there could well be some short term interruption to VPN services for users in Turkmenistan, it seems unlikely that any blocks will prove effective in the long run.

Turkmenistan is a country of modest resources and it is unlikely to be able to spend the sums needed to even stand a chance of blocking access to premium VPNs for any length of time. If even the Chinese Communist regime hasn’t managed to block VPNs, the chances of Turkmenistan succeeding where they haven’t seems minimal.

We have checked today with both ExpressVPN and NordVPN and both have confirmed that their services are still available in Turkmenistan.

Both also confirmed that their engineers would work to ensure this remained the case, regardless of what the government there may try and throw at them.

Many other premium VPNs are also committed to keeping their service available in every country around the world come what may. The chances of the Turkmenistan regime succeeding where all others have failed seems remote at best.

It is possible that some VPN users in Turkmenistan may give up on using a VPN if they find their service interrupted. But the majority would be expected to redouble their efforts. If one provider does go down, searches for other ones are likely to grow.

With greater internet censorship and control also on the way, the likelihood is that more Turkmens will be driven to use a VPN than ever before as a result of this ban.

Obviously, this is the opposite of what the regime intends but it is good news for freedom of speech and freedom of expression in Turkmenistan. The more people who can access independent news about the brutal regime there, the greater the chances of it being removed and peace and freedom being restored to the country.

Using a VPN can be an important part of that process and we would urge all the people of Turkmenistan to sign up for a VPN asap. A good place to start is our article on the Best VPN for Turkmenistan 2019.