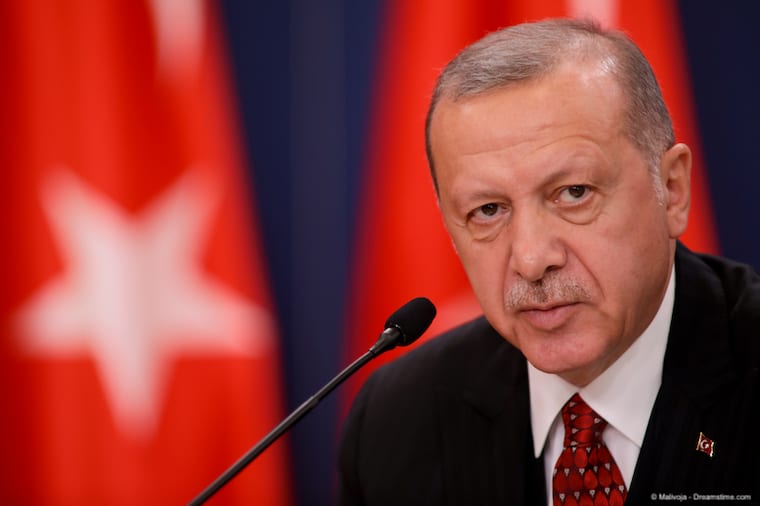 Like every country, Turkey has been hit hard by the coronavirus outbreak and social distancing and lockdowns in all the major cities have become the norm.

But like every authoritarian leader, Turkish President Recep Tayyip Erdoğan has used the outbreak as an opportunity to further his own political ambitions and further undermine the rights of the people he purports to serve.

A new draft law, which is intended to be an economic package designed to stabilize the country’s floundering economy has been manipulated by the Erdoğan regime, who have attached a series of online censorship measures to the bill.

Social media in the crosshairs again

Erdoğan’s latest censorship attempt appears to be focused once more on social media and is intended to make it impossible for people to post content on such sites anonymously.

Its definition of what constitutes a social media site is astonishingly broad. The definition it uses is any site in which ‘the people or legal entities who allow users to create, view or share data like text, images, voice, location online with the purpose of social interaction.’

It is intended to apply to any site that meets this definition and has in excess of 1 million users in Turkey. With a total population of 82 million that is likely to mean all of the big-name social media platforms, as well as some local sites, all fall under these new rules.

The new law requires all social media sites that meet the definition to store all data generated by Turkish users inside Turkey. This is a common demand from authoritarian regimes with the likes of Russia and Communist China already requiring it.

All of these social media sites will also be required to assign at least one authorised person to register the notifications, declarations or requests sent by institutions, associations, legal and administrative offices in Turkey.

Given Turkey has a track record of making many such requests to all social media sites, it is likely that many sites will already meet this requirement. But it is the next responsibility that has caused so much concern.

The end of online anonymity in Turkey

In other words, no Turkish person is permitted to use any of these social media sites anonymously anymore. All the sites are obliged to publish their contact information and pass information about users onto the Turkish authorities if requested to do so.

The implications of this new law are clear, and it has nothing to do with the battle against the coronavirus outbreak.

It is a flagrant attempt by the Erdoğan regime to stamp down still more on political opponents and those Turkish people who might be tempted to speak out against their mishandling of both the coronavirus crisis and various other national and political issues.

Regular readers will be aware that online censorship is nothing new in Erdoğan’s Turkey. As recently as April, his regime blocked access to social media across the country amid a botched military offensive in neighbouring Syria and again as protests against his regime built.

Since an attempted coup failed to remove Erdoğan in 2016, he has stamped down hard against any form of dissent against his rule. Observers have estimated that at least 250,000 websites are currently blocked in Turkey and he regularly uses internet shutdowns and censorship at politically sensitive moments.

He even banned access to the entire Wikipedia because of a series of articles on the site that alleged that the Turkish government was cooperating with jihadists in Syria. Earlier this year, that ban was ruled unconstitutional by the Turkish Constitutional Court and access has now been grudgingly restored.

Arrests for posting anti-government information online are commonplace and it is reported by Ahval that more than 2,000 people have already been detained for so-called ‘provocative’ posts, a term likely to mean criticising the official response to the outbreak.

How to remain anonymous in Turkey

Given the extent of Erdoğan’s grip on power in Turkey, it seems inevitable that this new draft law will be passed. The extent to which social media sites agree to comply with it remains to be seen.

But for Turkish internet users, the online risk it poses to them is clear, especially if they intend to use their right to free speech and free expression and criticise their government.

In the current climate, they would be highly advised to take steps to ensure their anonymity online given that it is possible the sites they use will not be able to offer this.

The best way to do that is to use a VPN when connecting to the internet. A VPN will encrypt their data and ensure that it is pretty much impossible to track what they are doing online.

With a VPN, as long as they are using an anonymous social media account, they will still be able to speak truth to the power of the Erdoğan regime without fear of reprisals.