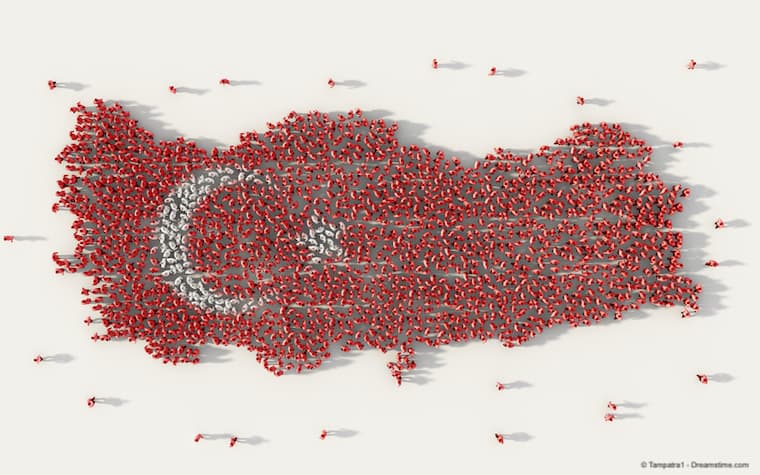 The Turkish regime of Recep Tayyip Erdoğan is up to its old tricks again.

Following an attack on Turkish troops across the border in neighbouring Syria yesterday, access to social media has been cut across the country. The censorship comes amid conflicting reports over the number of Turkish military casualties from the raid and rumours of a Turkish military deployment to the region in response.

They report that access to various social media platforms was cut at around 11.30pm local time on Thursday, the same day as the assault on Turkish troops in Idlib. Initially, the block was only implemented by Turk Telecom, the country’s national provider. Subsequently, the countries other leading telecoms companies appear to have followed their lead.

Netblocks has tested access to all these sites from more than 100 different access points across Turkey. Their data appears to confirm the huge volume of anecdotal evidence appearing online from internet users inside Turkey.

It also implies that the current blocks are technically consistent with previous online censorship in Turkey and suggests that SNI and DNS filters are being employed. Netblock says there is no evidence of any regular technical issues that could be causing the problem.

Official confirmation of the block has been vague but Turkish media has made reference to it with the usual excuse of online disinformation about the Idlib assault being cited as the main reason.

Readers familiar with how the Turkish regime operates will know that this phrase refers to any information that differs from official Government accounts of the incident.

This latest online censorship episode in Turkey suggests that the Erdoğan regime is once again taking advantage of the censorship powers it granted itself back in 2016.

In the wake of a failed military coup to remove Erdoğan from office, a whole host of repressive new measures were introduced to sure up his power. One of these was the ability to restrict access to social media during times of conflict.

Under this so-called internet ‘kill switch’ law, the ICTA regulatory authority can at times of war or national security needs, either fully or partially suspend internet access.

These powers have frequently been used during times of unrest around the border region with Syria, most recently during the Turkish incursion into Syria in October 2019.

But while the powers have been used intermittently since then, this is thought to be the most widespread use since 2016 when all social media was blocked to prevent a video of Turkish troops being executed by ISIS terrorists from spreading online.

Internet censorship more generally is also a common occurrence in Turkey with access to more than a quarter of a million different websites thought to be blocked across the country.

How to get around Turkey’s social media ban

The Netblocks report makes for depressing reading as yet again we are seeing an oppressive regime shutting down internet access in order to hide the truth and details of their actions for the people they purport to represent.

But there is one ray of light that shines through. Netblocks are clear that the best way to get around Turkey’s social media block is to use a VPN.

“VPN tools that can circumvent online censorship remain effective in working around the blocks at the time of writing,” they report clearly states.

This will come as a relief for many people in Turkey where VPN use has been climbing steadily since the failed coup and subsequent increase in online restrictions in 2016.

Even better, a VPN will encrypt all of your data to stop any government spies from seeing what you are doing online. Even your ISP will not be able to monitor your activity because they will not be able to see anything you do beyond connecting to the VPN server.

While the Turkish regime is far from happy with people using VPNs in this way, they do not have the resources or technical know-how to try and stop it. As a result, all of the premium VPNs we recommend for use in Turkey are still functioning.

While a VPN is essential right now if you want to access your favourite social media sites in Turkey, there are also becoming increasingly essential at all times.

This latest censorship episode is likely to see a spike in VPN sales in Turkey. But the more the Turkish regime continues to clamp down on basic internet freedoms, the more long-term users we will see in Turkey too.