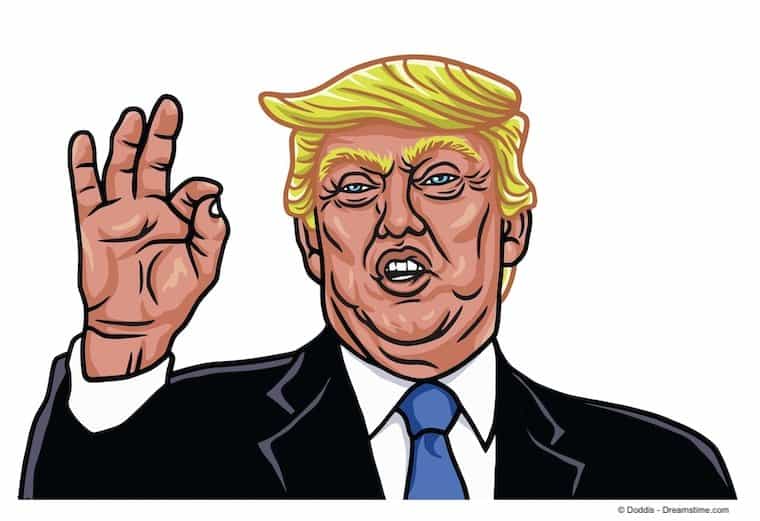 The President of the United States is proposing an Executive Order which is intended to tackle the issue of online censorship.

It must mean that the powers that be are finally beginning to grasp the idea that they have no right to restrict their citizen’s access to information or their basic right to freedom of speech.

The President in question is Donald Trump and, in keeping with most of the major decisions he has taken during his time in office, this one also has all the hallmarks of a partisan order centred around his own political interests.

According to CNN, the new Executive Order will be known as ‘Protecting Americans from Online Censorship’. Its main objective appears to be stopping the perceived censorship of right-wing Conservative content on social media platforms such as Facebook, Twitter, and the likes of Google.

As we reported earlier this year,  Trump has already expressed support for a number of far-right figures who have been kicked off various social media outlets for their hate-filled postings.

At the time, he pledged to “monitor the censorship of American citizens” speech. The clear implication of his words at the time was a threat that he would take action against the same social media sites if he didn’t feel that the situation was changed.

It appears that he feels now is the time to take action, although more than a few people are likely to question his timing, barely a week after the mass shootings in El Paso, Texas and Dayton Ohio that were both perpetrated by people fuelled by exactly this type of political rhetoric.

The main controversy around the new Executive Order is the impact that it is likely to have on Section 230 of the Communications Decency Act. This is the particular part of US legislation which protects online platforms from legal action as a result of content posted by their users.

This protection has been vital for protecting the likes of Google and Facebook from countless lawsuits as a result of their user’s actions.

It has also been essential for the defence of freedom of speech in the USA and without it, there is no doubt that big tech companies would have had no choice but to implement stringent censorship tools to protect themselves.

The newly proposed Executive Order appears likely to undo some of the protections offered by Section 230. In doing so, it is likely to lead to fundamental changes to how the internet operates in the USA and lead, inevitably, to more online censorship rather than less.

New powers for the FTC and FCC

Under the new order, the Federal Communications Commission (FCC) would be handed the power to determine whether or not social media companies are protected by Section 230 when they take down content without informing the user or censor content in a way that is viewed as being “anticompetitive, unfair, or deceptive.”

It also empowers the Federal Trade Commission (FTC) to use the FCC’s rulings when investigating tech companies.

In other words, these two government bodies, both of which are politically motivated and currently controlled by Conservatives, will be empowered to investigate and punish tech companies which are perceived as showing bias against conservative content online.

This is probably the appropriate point in this article to stress that there is absolutely no independent evidence which suggests that big tech companies are unfairly censoring conservative opinions and content online.

All of the right-wing accounts which have been shut down or censored by these online platforms have been found in breach of their user policies for a variety of reasons ranging from spreading hatred, provoking violence and terrorism, or promoting fake news.

The likely impact of this politically motivated move

It might appear that this Executive Order will help more conservative and far-right to stay online but the wider impact will be minimal. Nothing could be further from the truth.

Earlier this year, Jeff Kosseff, a cybersecurity professor at the U.S. Naval Academy spoke to the tech website Gizmodo about the impact FOSTA. This legislation made websites subject to both criminal and civil action if their personals adverts were used unlawfully by any of their users.

Just two days after this law passed the Senate and before it even made it onto the statute books, Craigslist pulled all of its personal adverts from all of its global websites. It simply wasn’t willing the risk the sort of litigation it knew it would be exposed to.

Removing the protections of Section 230 would have much wider implications than FOSTA and would impact almost every major social media website. The amount of content and features which could end up being pulled from the internet for US users doesn’t bear thinking about.

President Trump is trying to spin this latest Executive Order as a move to stop social media sites censoring conservative content. But there is no evidence this type of censorship is taking place and its actual result is likely to be much more censorship rather than less.

Quite how history will remember President Donald Trump is not yet clear. But there is little doubt that if this Executive Order is passed unchanged, it will not be held up as his finest hour.