Tox, the future of encrypted communication? 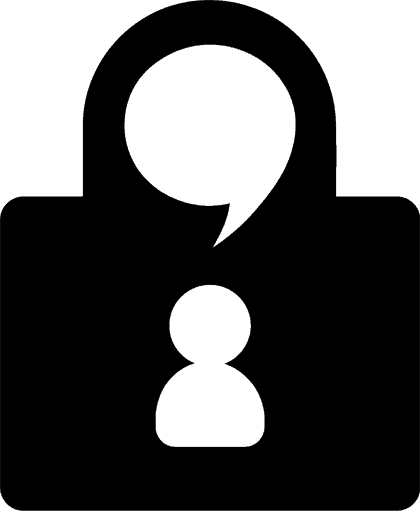 The revelations that came to light last year from Edward Snowden sent shock waves around the world. One major understanding from these revelations was how some of the most population software products are exposed to access by government spy agencies such as the NSA and GCHQ. It is now no secret that Microsoft and their product range is open to abuse and due to this communications tools such as Skype are compromised from a security point of view.

One of the things that concerns me most is while spy agencies can gain access to our communications it also opens the door to others to discover the ways and means this type of information is accessed and at the very least it means that mass storage of data is possible to be accessed by those unauthorised. So regardless of the wrongs of mass surveillance and instant access to our communications by the government there is also the additional threat of someone outside of that sphere also gaining unauthorised access.

In the wake of the Snowden revelations of last year a discussion was started in mid 2013 regarding the lack of privacy the Skype application provides for communication. A new project was imagined and named Tox, fast forward to 2014 and a public version is now available to download.

Tox is an encrypted communications program that covers both text type interactions and also voice & video communications. In a nutshell it is Skype, but securely and without a whole lot of back doors open to the NSA, although that’s the theory anyway. Further to this the software is open source which means the actual make up of the program is available to be scrutinised by those interested in security which ultimately removes the likelihood that any such back doors could be included unlike other commercial based alternatives.

In a similar way to how BitTorrent works the infrastructure relies on connection via Peer-2-Peer (P2P). This unlike traditional models removes any centralised server required to administrate the system and bounces messages, voice and video between nodes in an effort to share resources and also remove the necessity of storing or passing information via a central command centre. In this essence alone it makes the system more secure than current mainstream offerings by not relying on a central point for the network to function.

One of the major features of and the purpose of the Tox system is that your communications are encrypted, this includes text chat, voice, video and even when sending files. This along with the P2P nature of the software increases the privacy aspect and is the advantage of using the software over a commercial alternative such as Skype. The encryption ensures that your communications are private between yourself or a group of people and that no one else can read your private messages, phone calls or even video interactions. 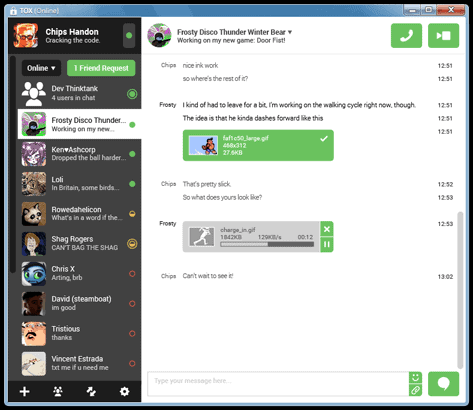 Tox is currently available for Windows, Mac and Linux systems with a more basic version also available for Android. It is important to remember that Tox is still in the very early stages of development and currently considered an Alpha version, this means there may be bugs or issues with the software. The overall polish of the software should not be expected, however this does not mean it is unusable or ugly in that regard but more that the actual workings of the system take the forefront of the development and niceties are likely to come in the future.

The idea of Tox is to secure your communications and enables that only yourself and the intended recipient can read your messages, it also ensures that the messages passed between yourselves can not be altered. Tox is not intended to anonymize your connection and as such can leak your IP address so using a VPN or other methods is advisable should you wish to have that added layer of security.

Due to the production nature of Tox there are no official clients available however a program known as uTox is available for Windows should you wish to try it out. Upon running you are assigned a ToxID which is a long string of numbers and letters. This is similar to a username which is what you will need to share with your Tox friends to be able to add them on to the system. One of the benefits of this is you are not require to set any particular name that will stay with you and is another privacy increasing feature. You can set a name for identity to your friends however you are not tied to this.

On early testing I found that although not aesthetically complete which is to be expected the actual workings of the software worked well and for someone who always struggles to send or receive files at any decent speed on Skype actually made for a pleasant experience. While Tox is not actually a full blown replacement to Skype yet it is definitely on the correct path to that ultimate goal. This is definitely an app worth taking a look at and one I hope becomes more mainstream in the future. Like any product these days, although this is essentially privacy centric the uptake of any communication tool usually requires a user base to ensure it’s success regardless of the benefit that the security and privacy features provide.

You can find out more about Tox and download the latest version by visiting their website directly, www.tox.im.