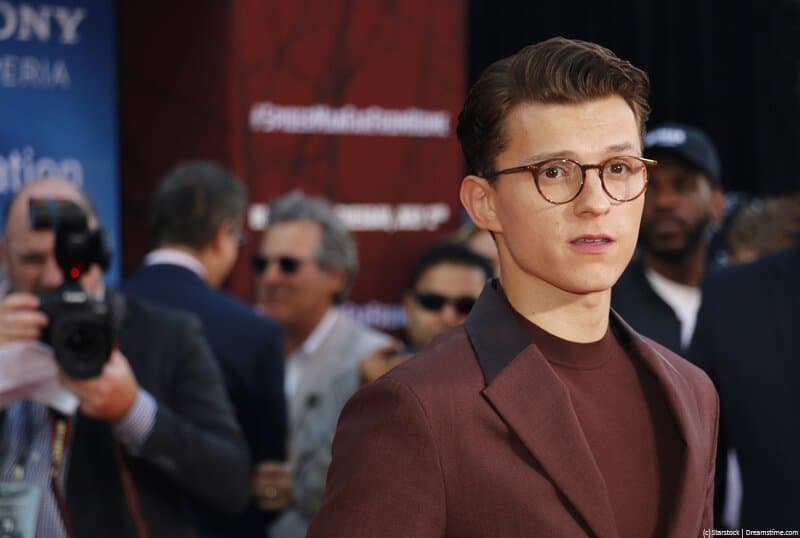 Tom Holland may have successfully fought off supervillains in his role as Spiderman, but it seems that using a VPN is beyond the abilities of this particular Marvel superhero.

Holland is currently in Madrid, Spain for the premiere of Uncharted, his latest action movie based on the video game of the same name.

While walking the red carpet, Holland was asked by a reporter whether he had watched the latest episode of Euphoria, the HBO series that follows a group of High School kids dealing with challenges like drugs, sex, and violence.

Euphoria stars Holland's Spiderman co-star and girlfriend Zendaya and Holland is clearly an avid supporter of all his erstwhile co-stars' work.

But unfortunately, he ended up being forced to let her down on this occasion.

“Because I'm here in Spain, I tried to watch it last night,” Holland explained to the reporter. “My Now TV doesn't work here in Spain… So, I downloaded a VPN. It still didn't work, so I haven't seen episode five.”

Just to make up for any upset that Zendaya might have felt at his technical failings, Holland quickly added, “I've heard it's incredible.”

The episode in question is called ‘Stand Still Like the Hummingbird' and Holland is absolutely right that critics have been raving about it and particularly the performance from Zendaya.

So, what did Holland do wrong?

How to unblock Now TV with a VPN

Well, using a VPN to unblock Now TV and watch Euphoria is not as difficult as Holland might have made it sound.

It is worth noting however, that not all VPNs will be able to unblock Now TV.

As we explain in our guide on how to watch Now TV abroad, the service is only available in the UK and users who try to log in from overseas will find it blocked.

A VPN can get around this block, but Now TV doesn't want users using a VPN, so like Netflix and BBC iPlayer, it makes some effort to block them.

Tom Holland doesn't say which VPN he was using, but if it didn't work, he had clearly made the wrong choice.

If he had read our guide, he would know that ExpressVPN is the best VPN to use for unblocking Now TV abroad. Other alternatives he might have tried are NordVPN and CyberGhost VPN.

Had he chosen one of these VPNs, he would have found unblocking Now TV and watching the latest episode of Euphoria easy.

All he would have had to do is download the app onto his device, log into his account, and connect to a server located in the UK.

He would then have found Now TV opened in Spain or anywhere else in the world too for that matter, and he could have watched Euphoria or any other programme that took his fancy.

Even non-superheroes can do it

It's not rocket science. You don't even need to have been bitten by a spider and developed special powers. All you need is the right VPN.

While we don't know if Tom Holland reads VPNCompare, we hope he will find this article useful.

There was no need for him to miss Zendaya's outstanding performance and, if he is still in Madrid, he can tune in right now and watch if he downloads ExpressVPN first.

Reach out to us, Tom and we'll even send you a free VPN if needed.

As a Hollywood star, he doubtless travels the world and often has to miss his favourite shows. With the right VPN, this never has to be the case.

Stick with us Tom, we've got your back on this and you can keep your Spiderman outfit safely folded up in your suitcase.