Home » Guides » Articles » Time to teach the kids about VPNs?

Time to teach the kids about VPNs? 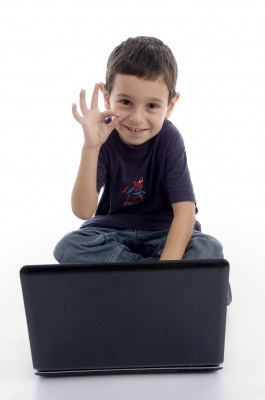 In recent years for the first time in the history of the internet we are now reaching an age where this generation of children are the first to have been born in to a world that has never known a time before the internet. While many past their late twenties have grown up in an era that witnessed the internet explode in to our lives the situation is slightly different for those who now find themselves in their early to mid teenage years and younger.

As I grew up I was lucky to have a father who was interested in technology and as such remember being interested in communication systems that existed before the internet (bulletin board systems anyone?) and with the advent of the internet I was lucky enough to be in the first wave of users who took to this new frontier back in the early to mid nineties, this made me a rather early adopter in terms of the UK, with the US being slightly a few years ahead. So while those of us who approach, have entered or are way past our thirties we have known a world before the internet, a somewhat more simplistic world.

In some ways I’m rather grateful for the experience of life before the internet, while I am most definitely a massive fan of the internet in general, the tools it has introduced and the improvement it has made to mine and nearly every other human being with access lives it has also taken away some of the innocence of childhood and some of the more basic pleasures that a childhood pre-internet allowed us to experience.

Many of you of a certain age will remember fond summers spent riding bikes, playing in ponds and streams, having adventures through fields and spending days living a child life like every school holiday was a scene reminiscent of a Stand By Me adventure.

So bringing me back to my original point, the generation of our children, be it our own, our nieces and nephews, our younger siblings or any other family members who fall in to that 0-14 age range they are now a generation of children who have been born in to the internet age. They have no prior knowledge of what a world without the internet was like.

To not be able to have access to instant entertainment, to now have such a wide range of choices of what they watch and when they watch it, to not be able to make contact with their friends and peers outside of physically visiting their house or perish the thought making a land line phone call! In the unlikely event that you reading this do fall in to that age range yourself I can almost feel the sheer ripples of shock across your face for even suggesting such antiquated methods of communication.

As adults it is somewhat easy to forget what the world was like just 15-20 years ago, how much our methods of communication have changed, how our access to entertainment and the way in which we consume it has so vastly changed from the way it was for many years.

Although these changes have taken time to evolve it is surprising to think just how fast these have appeared and how we have become so accepting of them and only until you step back and consider such changes it is an amazing feat of not only technological advancement but also social acceptance and ability of the human race to adapt to such awe inspiring change.

It is no doubt true that children now find using the internet and the related technology easier than those who are learning it for the first time mid to later life.

However I personally feel the actual percentage of children who understand the workings of the technology or what is behind it is either the same as it has ever been in times like the 80’s or less as a percentage of overall users. Computers, the internet and technology have become consumer friendly, not such that children have become smarter, more so that the systems have become dumber.

Anyone who used a computer back in the 80’s or 90’s will attest to the fact that when something didn’t work out of the box you generally had to solve the problem yourself, you came up with the solution to continue, that or you gave up and went back outside to your bike.

So while children are masters of information systems use, they are less apt due to the way in which they have been introduced to technology at understanding safety and privacy. Partly this lack of awareness is due to a lack of understanding by non-technical parents or inadequate schooling coupled with the fact that children now are more likely to explore on their own and in general teach their older peers about new technology, social systems and other newfangled gadgets which are mainly targeted towards the teenage market.

Although anyone past their twenties may try to look cool by taking that selfie and tweeting it to their 10 followers (2 of which are their own children) the reality is these systems are aimed at the youngest generation, after all, they, not us are the future consumers.

While all this “stuff” is in theory great a simple aspect is being ignored and that is down to the privacy of our children and an understanding of how data is being used and stored and how this data is being used to build vast profiles of the users lives, the lives of the children who from the day they were born has been somehow recorded or imprinted on to the internet either through their parents or their own use.

Privacy, security and encryption is in general of interest and targeted towards the older market, at least those of their early twenties and upwards yet it is those prior to this age range who are the most likely to be putting more of their information and making more use of the internet than any other generation.

Isn’t it time that parents, schools and others who champion privacy, encryption and VPN use start efforts to educating the next generation of adults now in the ways that we ourselves use to aid our own privacy.

VPN access has become so simplistic to use on all systems with most major providers offering software for at least the main devices and operating systems that the time it takes to explain to a child the reasons behind their use and how to use will actually be very small. When children themselves learn how to safeguard their online privacy they will then become the teachers of the future generations.

So again I ask, Isn’t it about time to teach the kids about VPNs?