Home » Guides » Articles » Is Thunder VPN safe to use? We answer this question

Is Thunder VPN safe to use? We answer this question 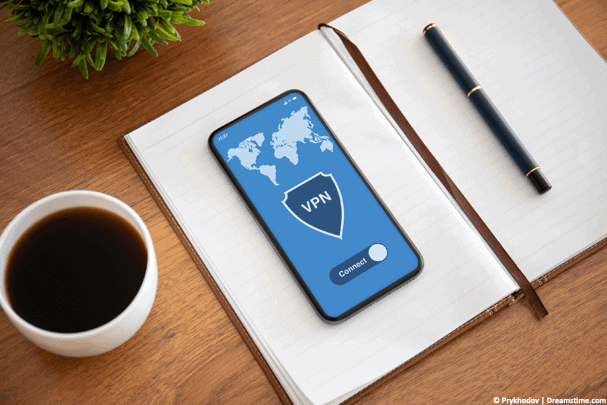 Thunder VPN is one of the most popular free VPN apps available but is it safe to use?

With some 5 million downloads on the Google Play Store alone and nearly 200,000 feedback reviews, it's clear free VPN services such as Thunder VPN generate a lot of interest.

What is more important though apart from figures alone is security. Is Thunder VPN secure?

In this guide I'll be looking to see if Thunder VPN is safe to use so you can decide if you should be trusting it with your privacy or not.

Is Thunder VPN safe to use

The short answer to the question is a resounding, No.

But you're probably wondering what separates Thunder VPN from some of the other VPNs and why it's any less safe than another provider.

Before delving into the specifics of Thunder VPN itself it's important to understand the difference between ‘free' VPN services and the ones that you pay for.

As you're not paying for the service it needs to be funded somehow. This is usually through adverts, redirecting you to specific partners when searching or in the worst cases by injecting malware into your connection.

In fact in a 2017 study by Australian and American institutions the privacy and security of most free VPN services was found to be seriously lacking.

But it's not just free VPNs in general that are bad, Thunder VPN stands out due to its popularity.

The first thing that alerts me to the questionable safety of Thunder VPN is their contact email address listed on their Google Play app page.

A simple GMail address ‘[email protected]‘. The last time I checked not many legitimate companies or services used a free email address service.

A quick search of the email address reveals that it's also in use with two other free VPN apps. Secure VPN which also has over 5 million installs and Green Signal VPN which hasn't been updated for some time and had just over 1000 installs.

You have to question the motives of a company that have a launched 3 identical products with different names.

However, the content of the Thunder VPN website is very thin on the ground. It is essentially a landing page with very little meat.

Aside from a link to download the app from the Google Play store and some features listed with poor grammar there is little else.

That is apart from the same Gmail email address and a Terms & Service.

To delve a little deeper into who's behind Thunder VPN you may suspect the Terms of Service would throw up some light.

Unfortunately, the Terms of Service is generic and is essentially an edited copy and paste of TOS found elsewhere. I discovered 5 other VPN services simply by searching exact phrases found in the Thunder VPN TOS using the same template.

These ranged from large legitimate VPN services through to some others which looked like unconnected murky Chinese VPN services.

More worryingly the TOS does shed some light on the service stating that they log everything from your home IP Address to what server you connected to. Even if this alone was the truth then it means any actions carried out while you're connected to the service can be attributed to yourself.

There are zero physical contact details listed on the Thunder VPN website and the only mention of any such details can be found on the Google Play store.

The address listed is 1000 S. Fremont Ave. which is supposedly in Arkansas, United States.

A quick search reveals that 1000 S. Freemont Ave. and the Zip Code listed as 91803 is not actually in Arkansas but instead in California.

None which look responsible for creating the now very questionable Thunder VPN app.

VPN apps that are safe

Unfortunately when it comes to free VPN apps then the picture is very bleak. In a recent study it was found that almost all types of free VPN apps have some serious negatives about them.

If you must use a free VPN service then the best way to go about this is to sign up for free time-limited deals. Taking a 3-day trial from VyprVPN or the 7-day trial from VPNHub is about the safest method.

However, the best way to ensure the VPN service you're using is safe and secure is to use a paid service.

There are many to choose from but some of the best include ExpressVPN, IPVanish and CyberGhost VPN.

In Summary: Is Thunder VPN safe?

Thunder VPN is a free VPN service but after careful consideration, there are too many anomalies for it to be considered safe to use.

Even if used simply to access websites that are blocked there are too many questions left unanswered about who owns the service and what they are doing with data stored about your usage.

If you're looking for a VPN service that will take your security seriously then signing up for a paid VPN service is the recommendation.

I suggest checking out ExpressVPN because they've got a 30-day money back guarantee giving you plenty of time to compare it to Thunder VPN.