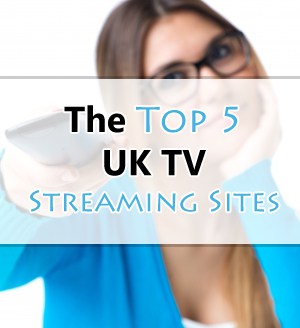 These days we have so much TV choice it often leads to choice fatigue. Viewing numbers for the 4 terrestrial channels used to be huge because we had a limited amount of viewing choice, now our choice is often unlimited although if you’re like me you still find yourself flicking through vast numbers of channels with “nothing to watch” on.

If you’ve decided to take all your viewing online, you’re travelling outside the UK, you’re a British expat or you’ve never even stepped foot in the UK but want to watch UK TV then I’ve put together a list of 5 of the best UK TV Streaming sites available.

Most of these services are free to view inside the UK, however, some do require a subscription which I’ve made note of in the write-up. If you’re outside the UK then you’ll need a service called a VPN to view any of these which allows you to alter your location and bypass any geographical blocks.

If you’re interested to know more about how to use a VPN to watch British TV outside the UK then starting with my guide on How to watch BBC iPlayer would be a good idea as the process is the same for watching any of the streaming sites below.

Enough of this waffle, let’s get on and find out which are the Top 5 UK TV Streaming Sites. 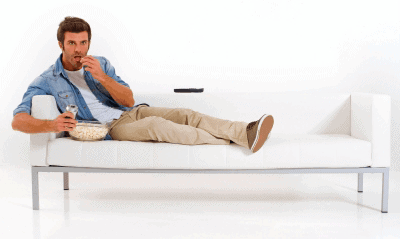 So many different ways to consume media.

Without a doubt, the number one position has to go to the legend that is the BBC.

The BBC is famous all around the world and produces some of the best TV programmes the UK has to offer. Their online streaming site BBC iPlayer has become one of the most popular methods of viewing BBC content from those who want to catch up on programmes missed to those who want to avoid paying a TV licence and only view catch-up TV online.

The service covers the most popular channels BBC 1 and BBC 2 with BBC Three and Four also available. Further channels include CBBC for kids, Cbeebies for even smaller kids and News, Parliament, and Alba for more specific programming with S4C dedicated to welsh language speakers.

Each TV channel has the ability to be watched live although you will be reminded you should own a TV licence before viewing. Catch-up TV is also available across the full range of channels which was recently expanded to 30 days so if you’ve missed something or can’t watch it soon then you’ve got up to a month to view it. You don’t need to own a TV licence to watch catch-up TV.

BBC iPlayer is available directly via their website or via their apps for mobile devices and tablets.

BBC iPlayer works directly for residents in the UK. If you’re outside the UK then you’ll need a VPN service as explained at the start of this article.

Sky is to paid TV what BBC iPlayer is to “free” TV. Sky is the ultimate in subscription TV services in the UK and has dominated the market for longer than I can remember. If TV, movies and sport are your thing then Sky is the place to be.

Sky offer an online streaming service that consists of both live TV and catch-up via their Sky Go website or app.

Although you require a Sky subscription to be able to use their TV streaming service it does offer a more premium viewing experience. From sought after TV shows from the US and elsewhere to premium sporting events and newer movies.

So if you have a Sky subscription then Sky Go is a great way to watch if you’re away from home but still in the UK. It also allows viewing different Sky programmes if you only have Sky in one room and there is no extra charge for Sky Go unlike services such as Sky Multiscreen.

If you’re outside the UK and have a Sky subscription then you can still watch but you’re going to need to make use of a VPN service so check out my how to watch Sky Go abroad guide as it explains the simple process.

Previously known as 4 On Demand the service was re-branded earlier in the year to All 4. The online streaming service from Channel 4 also got a whole lot better with the re-branding as it finally introduced live TV.

Channel 4 are often overlooked but some of the programming produced is excellent and often it’s my most watched channel.

The TV streaming service not only features live TV from the range of channels such as Channel 4, E4, More4, 4Seven and their dedicated film channel F1lm4 but it also has an extensive catch-up service that includes shorts that aren’t shown on regular TV and the ability to watch box sets of some of the most popular British TV programmes.

There are no special requirements to watch All 4 online but if you’re outside the UK then you’ll need to use a VPN service, I wrote a simple guide on how to watch All 4 abroad that is worth checking out if you’re travelling or living abroad.

My viewing recommendations: 24 Hours in Police Custody – Channel 4, Flying to the Ends of the Earth – Channel 4.

Demand 5 is the online streaming service from Channel 5. While Channel 5 might not be the most highbrow channel in the UK it does offer some alternative programming. The quality of Channel 5 programmes can be a little hit and miss, but often I find a classic programme that wouldn’t have otherwise been made or shown on one of the main channels.

Of course sometimes the production can be a little low budget and the constant repetitiveness of “what is coming next” and “what happened previously” can be a little annoying but if you strip away all those imperfections you can often find a rather decent programme.

Like the other streaming services Demand 5 can be accessed both directly on their website but also via apps for portable devices. If you’re travelling in the UK or just want extra access to Channel 5 content then Demand 5 is the way to go.

Unfortunately, Demand 5 doesn’t allow you to watch Channel 5 live but it is one of the quickest catch-up services in terms of putting programmes online after they’ve been on TV.

Again as with the other TV streaming services it is blocked if you’re outside the UK but with the help of a VPN service you can bypass these blocks, reading my how to watch demand 5 outside the UK guide will help you get started.

It was a struggle deciding my place for 5th place between ITV Player and BT Sport. Essentially BT Sport caters just for sporting events so for something that has a little bit more of a broad appeal ITV Player takes place as my number 5 in the Top 5 UK TV Streaming Sites guide.

Although I’m not a fan myself ITV Player contains two popular soaps, Coronation Street and Emmerdale and so for any soap fans it makes for essential viewing.

ITV Player like the other big names allows you to watch live TV that isn’t just reserved to ITV but also includes ITV 2, ITV 3, ITV 4, ITV be, and CITV for kids programmes.

ITV Player does contain a lot of adverts and you are required to sign-up to be able to view. As with all the other providers it works anywhere in the UK but is restricted if you go outside the UK so if you’re off on holiday or an expat then you’ll need a VPN service and my guide will show you how to watch ITV abroad.

ITV Player is available on PC and also for mobile devices.

There are a handful of other good streaming services in the UK. Some are paid for and there are one or two that are free but as the scope of this article was to tell you the The Top 5 UK TV Streaming Sites it would of defeated the object to list more.

I’d love to hear what streaming services you enjoy whether you’re home or abroad and maybe you’ll even be able to tell me some that I haven’t used myself.