The net is becoming more restricted 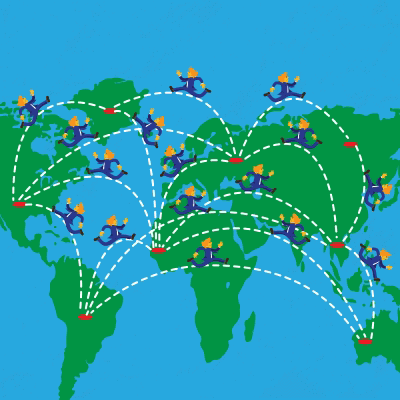 As I sit and write this article, I begin to wonder how long it will be before a few telecommunications companies change the way we access the World Wide Web. Net Neutrality is on the front line of technology news today, and internet inequality is at an all-time high. The war for Net Neutrality has begun.

Net Neutrality is the concept of a set of regulations ensuring that no network provider has any say or input as to how much or what kind of information is prioritized and sent over their network for any reason. Simply put, net neutrality regulations would be similar to rules established to control electric companies. Electric companies cannot control the flow of electricity to your home so that your television gets more power, faster than your stove or refrigerator. You get unfettered power no matter what you use. Net neutrality would work much the same way; no service provider would be allowed to control the type or amount of information you access. What it means to you is complete access all the time regardless of the site you visit or the information you access.

The World Wide Web Foundation recognizes the need to make the internet more equal across the globe for everyone, not just the select few. According to an article published in BBC News, “The web is becoming less free and more unequal, according to a report from the World Wide Web Foundation.” They propose the following measures to keep the internet accessible and equal to all:

Among these key points, the World Wide Web Foundation and US President Barack Obama are also pushing for broadband carriers to stop Geo-blocking and priority access to those companies who pay extra for the content.

More recently, the European Parliament has voted for rules that would keep telecom companies from creating a “two-tiered” model for internet access. The model would force companies to pay for faster internet access to certain content deemed more “important” than other data and allow for stricter Geo-blocking of content. What it means for you, the consumer, is blocked content, slower page loads, and restricted access to some or all of the information on the website.

Many lawmakers like Chancellor Angela Merkel of Germany are opposed to Net Neutrality regulations and are in favor of the telecom companies. She states in her speech that, “An innovation-friendly internet means that there is a guaranteed reliability for particular services. These can only develop when predictable quality standards are available”.

While it may sound on the surface like a noble approach, the problem lies in who gets to decide what content gets blocked, who gets access at all and why? Chancellor Merkel’s position completely severs the democracy of an open internet. Sir Tim Berners-Lee, one of the founders of the web, is quoted as saying, “It’s time to recognize the internet as a basic human right. That means guaranteeing affordable access for all, ensuring internet packets are delivered without commercial or political discrimination and protecting the privacy and freedom of web users regardless of where they live.”

Keeping the web open and accessible to everyone on the planet is the ultimate goal of those in favor of Net neutrality. Internet equality fights for the right for the internet to be available to everyone without Geo-blocks. Those against net neutrality look only at the technical aspect of data collecting as a viable means of improving service and security.

The question is: for how long? The internet should be open and accessible to everyone regardless of where they live or who they are or what information they choose to access. It is a fundamental human right, a branch of freedom of speech and not something to restrict. Keeping the telecom hands out of the cookie jar and keeping the internet accessible to everyone without restrictions, blocks or access controls is the ultimate goal of net neutrality and internet equality.

Image courtesy of Sailom at FreeDigitalPhotos.net