Home » Guides » The difference between VPN servers and Virtual Locations

The difference between VPN servers and Virtual Locations 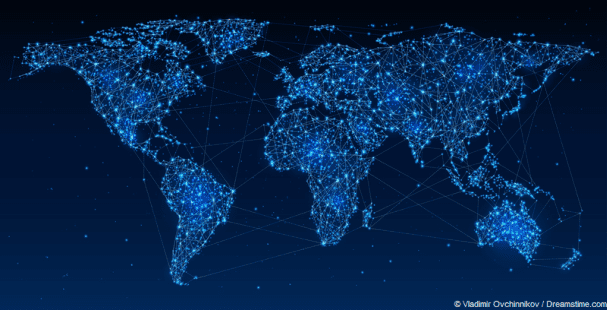 VPN providers usually make a big fuss about the wide variety of different server locations they have available for their users. But in some cases, not all of these servers are physically located in that country.

These are referred to as ‘Virtual Server Locations‘ and in this article, we will explain what this means, and why it matters for VPN users.

What is a Virtual Server Location?

When you see a VPN provider claiming to have servers available in X different countries, most people will assume that their servers are physically located there. In most cases that is absolutely right, but some VPNs also make use of Virtual Server Locations.

A Virtual Server Location means that the IP Address connected to that server is one which matches the country it claims to be in. But the actual server itself is located elsewhere.

Often, this is in a neighbouring country, but it could technically be anywhere.

Why does it matter if my VPN uses Virtual Servers Locations?

If you need to access content in a country which isn’t always catered for by the main VPN providers, then the use of Virtual Server Locations should not matter to you. The IP Address of these servers still appears to be in that country, so it will work for you.

There could also be a privacy or security risk involved.

If the physical server is located in a country where privacy laws are not sufficient, that data could be accessed by law enforcement agencies seizing the server. Some VPN users are deliberately using the service to avoid connecting to servers in places like the USA or the UK, but could unwittingly be doing so anyway.

There is also an element of dishonesty and false advertising involved. VPNs are misleading their customers into thinking they are getting something that they aren’t.

Which VPNs use Virtual Server Locations?

One VPN provider which has been found to use Virtual Server Locations is HideMyAss. They claim to offer their users servers in a whopping 190+ countries.

This is substantially more than all other providers we have come across and given that there are only 195 countries in the world, seems an ambitious number.

Their list of countries which offers servers also includes some unlikely ones, including North Korea and Somalia. They have admitted using Virtual Locations, but have not confirmed which servers are real and which are virtual at the time of writing.

Others VPN providers which are known to use Virtual Server Locations include PureVPN and ExpressVPN.

Why do they use Virtual Server Locations?

While HideMyAss and PureVPN have been reticent to talk about this issue, ExpressVPN has been more forthcoming.

They admit that around 3% of their server count is made up of Virtual Server Locations and explain why they are using them.

According to ExpressVPN, they require all their servers to meet certain standards for security, reliability, and connection speeds. They say that in some countries, these standards are impossible to meet, which is why they instead use physical servers elsewhere to ensure they can still deliver the same standard of service when connecting to these countries.

They even list the locations available which are Virtual, and where the physical servers are actually located. If you are interested, that list is included below.

It would be naïve to pretend that cost is not a factor in the decision making of these VPN providers too.

Setting up servers in different countries is not cheap, whereas Virtual Server Locations allow them to minimise costs by locating many connections on a single physical server in a single locations.

Should Virtual Server Locations affect my choice of VPN provider?

This will depend on the reasons why you are using a VPN.

If you want to have access to content from a wide range of countries or some specific countries not catered for by every VPN provider, then Virtual Server Locations are a good thing rather than an issue.

But if you are worried about the potential negative impact connecting to Virtual Server Locations could have, then you may want to research the issue a little more.

ExpressVPN is open and transparent about their usage, which makes a judgement call easier. But others, such as HideMyAss and PureVPN are less clear. So, if it is a concern, you are probably best to give such providers a miss.

When the issue of Virtual Servers came to light in 2017 there were plenty of services making use of them without being clear.

Thankfully, due to increased knowledge of their use, many VPN services now specify which VPN servers are Virtual Locations usually highlighting them with a ‘V' symbol or some other means.

While Virtual Servers aren't inherently bad it's pleasing to see most (but not all) VPN services utilising them being clear about their usage.