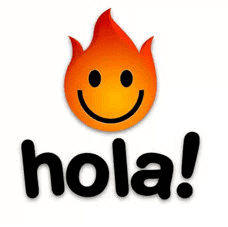 This week it was confirmed that the free VPN Hola who distributes the extremely popular Hola Unblocker or “Hola Better Internet” service have been using users bandwidth and redistributing it via their premium service. Not only that but users of Hola whose idle bandwidth was utilised has been effectively used as a botnet to attack legitimate websites.

So what does this mean for the average Hola user? In a nutshell, any of your internet connection that you’re not using yourself will be used by Hola to provide service to their paying clients. Effectively for the free privacy and VPN service they are giving you they are taking something in return to pay for said free service. While the Hola creators have stated it was always in their FAQ and policy it must have been pretty well hidden for no user to have raised this concern in the past.

Below I’ll explore the best alternatives to hola unblocker and explain why paying a small amount for a professional VPN service is well worth it.

IPVanish is also fast and we know this because we run monthly server speed tests and they regularly feature either first or if not first extremely close to first. We’ve extensively reviewed their service and found their range of servers also excels above most others. In comparison to Hola, you’ll be surprised how fast they are.

A lot faster than Hola or other free VPN services

With a monthly cost of just $6.49 when taking a yearly package it really isn’t breaking the bank kind of prices and for the peace of mind and added security you’ll get it really is a no-brainer over using Hola Unblocker.

IPVanish have software for Windows and Mac, plus apps for Android, iPhone and iPad meaning you can use their service across all your devices. Due to their speed, price and overall quality of service they’re our number 1 alternative to Hola and if you don’t believe us they have a 7 day money back guarantee if you’re unhappy with the service.

Our Number 1 alternative to Hola Unblocker

Although ExpressVPN isn’t the fastest provider they do offer consistent speeds across their range of servers that is suitable for streaming up to 4k video. They are extremely easy to use and their custom software for Windows and other systems is minimalistic that for new users will be a breeze to understand.

ExpressVPN has a zero logging policy on your online usage while connected to their VPN. They offer 2 simultaneous connections meaning you can protect your privacy both on your desktop or laptop while at the same time protecting it on a mobile device.

Like IPVanish, ExpressVPN has a massive range of country locations available to connect to. At current count that have over 78. So if you want to access services that are geo-restricted or virtually travel the world to a range of destinations then ExpressVPN should fit the bill for you. Unlike free VPN providers who limit themselves to just a few locations or like Hola bounce you through random countries with ExpressVPN, you can select your location from a big list.

With a 30-day money back guarantee ExpressVPN is worth trying out. If you don’t like them after a massive 30 days you can still get your money back.

One of the reasons people love free VPN services like Hola Unblocker is they’re usually incredibly easy and customer-facing for the everyday user. HideMyAss are like a paid for equivalent of Hola, except they won’t utilise your bandwidth for their own needs of course! What they do well is offer a really simple website and software/app interfaces to get you quickly connected without any complicated fuss.

They offer the biggest range of server locations we’ve seen compared to any other provider. You can literally virtually reside in almost any country in the world. So if you want to access blocked services or pretend you’re in another country just for giggles then HideMyAss certainly have you covered.

For new users, the world of VPN use can be a complicated and often scary place. With technical jargon putting off many, it’s always good to have some friendly help at hand. HideMyAss have 24-hour live help so if you get stuck you can simply contact their live support and get almost instant answers. If you fancy talking to someone directly on the phone they’re one of few providers who in office hours offer telephone support.

Friendly support if you get stuck

Although not the fastest provider as noted in our recent review, they are basically the people’s champion. If you liked the simplicity of Hola Unblocker but want to avoid having your privacy damaged then HideMyAss are a great choice for the beginner.

If you’re looking for privacy and a VPN company who push the boundaries to do their best for you as a customer then LiquidVPN are definitely up there. Not only are they one of few to have a transparency policy but they also have a warrant canary and their own DNS servers. For those with a little more interest in the technical side of VPNs then LiquidVPN should be a contender for your consideration.

Encryption is another area LiquidVPN concentrate heavily on. While Hola is happy to pass your information through other random people’s computers, LiquidVPN uses quality servers and high encryption. OpenVPN as standard uses AES-256-CBC and a 4096 RSA key meaning your information is safe and secure.

When it comes to speed it’s one thing that LiquidVPN does extremely well. Without fail, they feature in the top of our league tables on our monthly speed test articles. When we reviewed their service last year they offered top notch speeds and it’s one VPN service I use personally on a regular basis when I want to achieve my maximum speed. LiquidVPN definitely doesn’t cram users on to servers causing slow speeds like free VPN services do.

Excellent speeds across all servers

While they don’t have as many server locations as some of the other options LiquidVPN are pretty cheap, even compared to other cheap providers. For the service you get they should actually cost more. So if you’re moving from Hola Unblocker and don’t want to break the bank then LiquidVPN are an ideal solution.

VyprVPN have been a firm favourite of ours for a long time. They have consistently proven they offer a robust service and are yet to let us down in over 18 months. The owners of the parent company are extremely privacy centric and regularly campaign on such topics. They were part of a select group to be addressed by Edward Snowden at the 2015 South by Southwest event.

Unlike Hola Unblocker, the parent company of VyprVPN aren’t in the habit of utilising your resources and even provide tools to further the security of users. They offer a secure online file storage locker as part of their VPN package and even a free encrypted chat tool. While Hola Unblocker sells you, VyprVPN is in the business of protecting you.

Over 18 months and 2 reviews we’ve found VyprVPN to be one of the most reliable VPN providers that offer consistent speeds across their network. They do not log any usage data and even provide their own DNS servers to further enhance your browsing privacy.

VyprVPN, unlike other providers, offers a 3-day trial so you can test the service before you commit to paying. Don’t like it? simply cancel and you won’t be billed. At just $8.33 per month when taking a yearly account allowing 2 simultaneous connections, you really can’t get fairer than that.

The upshot of the recent draw-dropping revelation is that free VPN services are not free, they fund their service somehow either by adverts or by selling you as the service. While your own IP might be private from your own actions, someone else can be utilising your IP for their actions, not only is this a massive privacy issue but it could also lead to you being blamed for some pretty nasty stuff should your IP address be part of a crime. Try explaining your way out of that one!

With extremely reliable, honest and open commercial VPN services costing as little as $5 and not more than $10 there really is no reason not to pay for a service to ensure you have maximum privacy and stop you from becoming the service.

I hope this article taking a look at the 5 best alternatives to Hola and delving into a little of what these cheap but privacy orientated services offer has helped you find an alternative to Hola Unblocker.