Taiwanese Government urges Chinese citizens to use a VPN 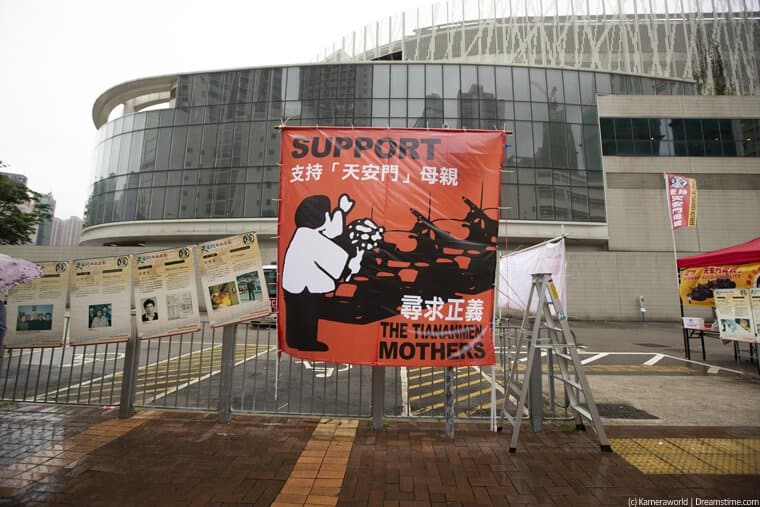 The Government of Taiwan has become the latest democratically elected authority to recommend citizens of an authoritarian dictatorship use a Virtual Private Network (or VPN) to unblock the internet and learn the truth about the regime that is oppressing them.

Last Saturday was the 4th of July which marked the 33rd anniversary of the Tiananmen Square massacre when Chinese Communist Party (CCP) forces marched into the square in central Beijing and massacred hundreds, perhaps thousands, of peaceful and innocent pro-democracy protestors.

The atrocity is marked around the world every year, but needless to say, the CCP regime in China censors any mention of it online or on social media there.

Indeed, this year, it was revealed that popular Chinese blogger Li Jiaqi who has millions of followers in the Communist dictatorship, had a live stream abruptly cut on Friday, the day before the anniversary.

His crime? Featuring an ice cream cake that appeared to be shaped like a tank. Li has not posted anything online since, and his fate is unknown at this time.

Indeed, since the CCP illegally annexed Hong Kong, there has only been one Chinese speaking country in the world that is still able to openly commemorate the Tiananmen Square massacre; Taiwan.

MOFA recommends VPN use in China

This year saw a major event in downtown Taipei to commemorate the occasion and public statements from a whole host of Taiwanese political figures.

The most notable came from Taiwan's Ministry of Foreign Affairs (MOFA). It was posted on the MOFA Facebook page in both Simplified Mandarin (the language spoken most widely inside Communist China) and English.

The post began by stating that 33 years ago, “cries for democracy rang out in Tiananmen Square in Beijing, and then all of a sudden, they fell silent.”

After highlighting China's censorship of anything related to the Tiananmen Square massacre, particularly around the time of the anniversary, MOFA urged Chinese citizens to use a Virtual Private Network to educate themselves about the truth of the killings.

It went on to urge them to “see what their country is hiding from them” before concluding by expressing a hope that individuals will no longer be sacrificed for the Chinese Communist Party and that “freedom, democracy, and human rights can become our common language.”

The response the post received was predictable. While Taiwanese citizens applauded the gesture and posted links to other sources and news reports about the Tiananmen Square massacre, the Chinese response came largely from trolls in the pay of the CCP.

Positive comments from China have been fewer, but that doesn't mean the post isn't reaching the right people.

VPN use in China and Taiwan

Many Chinese netizens already use a VPN to access social media sites like Facebook that are banned in China for refusing to comply with the regime's censorship. Most of these individuals will be fully aware of the consequences of being caught doing this in China and that the authorities will be watching a high-profile post like this closely.

It is impossible to measure how many Chinese people may have been exposed to this post and then have gone on to educate themselves further about what happened in Tiananmen Square back in 1989.

But given the extent of the use of VPNs in China, it is highly likely that many people have.

For people living or travelling in China, a VPN is essential if you want access to the vast majority of popular websites that are blocked in the country.

The CCP goes out of its way to try and block VPNs, but even with their seemingly bottomless pit of resources, this has proved impossible. There are a number of VPNs that still work well inside China and are popular with many people there.

ExpressVPN is the best known and one of the most popular in the country. Others include Surfshark VPN, VPN.ac, and Atlas VPN. To find out more about which VPN to use inside China, take a look at our popular and regularly updated guide to the Best VPN for China.

If you are in Taiwan, you can enjoy a free and open internet, but you might still need a VPN to protect your online security and privacy as well as to access streaming sites and other content that is not available in the country. For you, our guide to the 7 best VPNs for Taiwan is the one to look at.

There is no risk to using a VPN in Taiwan. Indeed, as the country's Ministry of Foreign Affairs has shown, Taiwan's democratically elected government actively encourages them. And it is a much better and safer country for that.