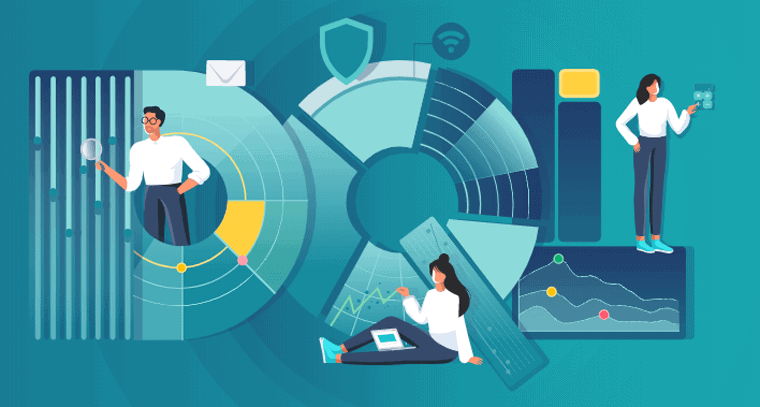 Back in 2019, popular VPN service, Surfshark released a Digital Quality of Life (DQL) Index, which is a study on the digital wellbeing of people around the globe.

The report received a lot of interest, so this year, the company decided to repeat it for 2020, and see how things may have changed over the last year.

The company went more in-depth into its study this time, including twelve different factors vs last year's eight. It also looked into the situation in 85 countries, which is 20 countries more than in 2019.

In the end, the report now covers the digital wellbeing of around 81% of the global population or 6.3 billion people.

To create it, Surfshark collected data provided by the UN, Freedom House, the World Bank, the International Communications Union, as well as numerous other public data sources.

What did the report find?

The report defined the digital experience of people in countries around the world by grouping the data into five core pillars, including:

The report includes an interactive map that can provide the results of the research per country, and show its rank on a global level.

According to the map, 7 out of the top-ranking countries are located in Europe, with the 1st spot going to Denmark. The list looks like this:

However, it also found that merely accessing the internet in most countries is overly-expensive, as people in 75% of these countries need to work more than the global average in order to ensure that they have access to the web.

Considering that this year has not exactly been a typical one, mostly thanks to the COVID-19 pandemic which led to all kinds of consequences, it is also worth seeing how it impacted internet use.

The report estimates that more than half of the countries covered by the report (49/85) experienced significant drops in mobile internet. Meanwhile, around 44/85 countries also saw a decrease in broadband speed, due to more of us working from home.

Next, the report covered which countries have the most internet users.

It concluded that around 95% of people in Scandinavian nations use the internet, which is the highest percentage of users per country.

On the opposite end, Southern Asia has the lowest count amount among the countries that are included in the report – only 35%.

The next conclusion that the report reached while tackling its five pillars is that the EU-based countries have the highest score when it comes to protecting the personal information of their citizens.

However, another interesting finding is that countries tend to stagnate in improving e-infrastructure after exceeding the average GDP per capita levels.

Meanwhile, strong e-security and well-developed e-government are in positive correlation everywhere except for when it comes to Eastern European nations.

Meanwhile, it is the most expensive in:

In other words, South American countries definitely have the most problems when it comes to accessing the web, at least from the monetary perspective.

Generally, mobile internet is much more affordable than broadband.

As for the internet speed, it is the highest in countries like:

While it is the slowest in:

This time, Asian countries dominate when it comes to the worst internet speed, while European countries are once again the most numerous on the top 10 list.

Interestingly enough, the internet quality ended up having the best quality in Singapore and Balkan-based countries. The high quality of the internet in the Balkan countries comes as a surprise, considering that the e-infrastructure levels are rather low.

They still did not score the lowest places in this regard, however, as that mostly includes Asian and African nations.

As for e-security, European countries take all ten highest spots on the list, led by the UK. The lowest-ranking positions, however, once again go to Asian, African, and South American countries.

These also top the list of the nations with the least-developed e-government, while the best country in this regard is Singapore, followed by the UK, and the US.

The data led to some important conclusions regarding the correlation.

For example, e-security has the strongest correlation with DQL – 0.89. This factor is also the least correlated with GDP per capita (0.58). This means that other factors, excluding GDP, tend to play a more critical role when it comes to the digital lives of people around the globe.

Another conclusion is that the internet affordability has the lowest correlation with DQL – 0.52 – which means that people's digital wellbeing can be improved by investing more in internet quality, e-infrastructure, and e-government.