Is Substratum the answer to bypassing Chinese online censorship? 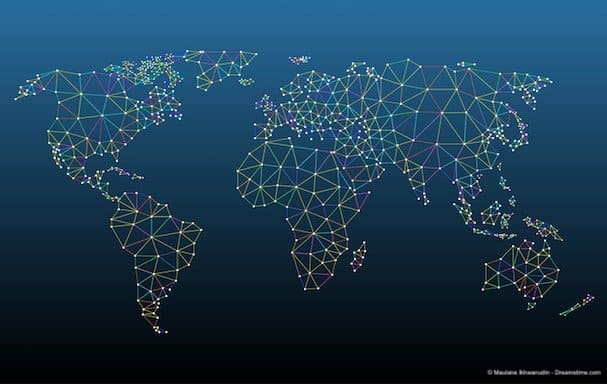 A high percentage of Chinese internet users connect to a VPN every time they log on, so they can access the internet freely. But is there another solution to getting around internet censorship in China emerging in the form of Substratum?

China has the worst online censorship in the world. The Chinese Communist Party’s determination to retain their grip on power has led to all sorts of online controls being put in place to stop Chinese citizens from being able to speak and act freely online.

Thousands of everyday websites in the rest of the world are unavailable in China including the likes of Google, Facebook, Twitter, Wikipedia, and almost all global news sites. Only sites that comply with the regime’s censorship programme are permitted.

Obviously, many Chinese people are frustrated by these controls over access to information and social media sites, which is why they turn to a VPN. By using a VPN, they are able to bypass the Communist Party’s controls and access the internet freely.

Inevitably, the regime has tried many things to try and stop this. VPNs have been banned in China and efforts have been made to block them. Some VPN services are now unavailable there, but for the most part, these efforts have failed and many reputable VPNs remain easily accessible behind the Great Firewall.

But the Communist Party have shown no sign of giving up on their efforts to block VPNs. It is still unlikely they will succeed, but if they did Chinese internet users would need another solution to enjoy unimpeded internet access.

Substratum is a new technology that could perhaps provide that alternative. It is an open-source network powered by blockchain which creates a separate, decentralised and open internet.

Substratum consists of a network of nodes, a bit like the TOR network, which are, in fact, the network connections of those who have joined it.

This network of nodes, which has been under development for over a year, serves as a decentralised data network which can help users to send, receive, and access information faster and more efficiently.

Those users who provide nodes are effectively allowing other Substratum users to connect to their network connection when it is idle to boost the user’s network strength.

This sounds a little bit like something a few disreputable free VPNs have done to users without their permission in the past. But there are a few crucial differences with Substratum.

Firstly, Substratum uses blockchain technology to provide proof of all information relayed, making it not only verifiable but also impossible to tamper with or forge.

It is a completely anonymous process, so there is no way you could get into trouble for what someone else does on your network. And you will also be rewarded with tokens whenever your node relays another user’s internet traffic.

Is Substratum a viable alternative to a VPN in China?

Because Substratum is a network of nodes, its developers claim that it is much harder to take down than a VPN because there is no central hub for regimes like the Communist Party in China to target.

This is true, but that doesn’t mean that the Chinese authorities will not find another way to block it. For example, their use of Deep Packet Inspection has proved fairly effective at disrupting the TOR Network.

Equally, a network like Substratum is only as strong as the number of nodes it can provide. Substratum is a young organisation which means it is likely that its network is not huge at the moment.

There are also a number of other similar technologies under development at the moment too. We reported last year on one such project at MIT which has the backing of World Wide Web creator Tim Berners Lee.

Just as Google is now the dominant search engine, it seems unlikely that any one decentralised network will really be effective until it has become the dominant market player.

That could be Substratum in the future and indeed their technology may well work in China now too.

But if you are a Chinese internet user who wants to access the internet freely, reliably and without fear of reprisals, a VPN remains your best bet.

There are a number of great VPNs still fully functional in China to choose from including ExpressVPN and VyprVPN.

While there may be a small possibility that an alternative to VPNs may be needed in China in the future, for now using a VPN remains the best way to circumvent the Communist regime’s deplorable online censorship programme.