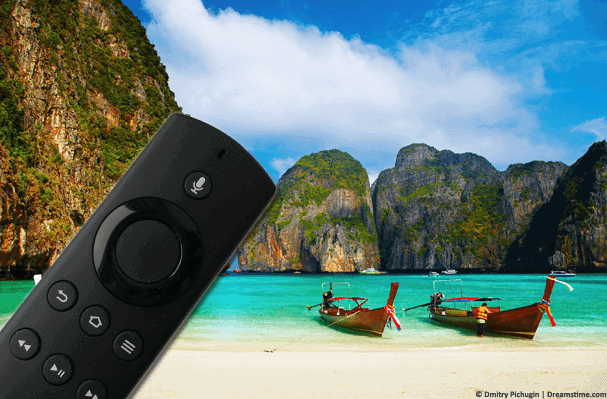 Thailand has it all, from the sandy beaches of Hua Hin to the cool mountains of Chiang Mai. What it doesn't have officially, however, is the Amazon Fire TV Stick.

You've probably already started researching how you can watch TV from home in Thailand but in this guide, I'll be showing you how easy it is on an Amazon Fire TV or Fire TV Stick specifically.

The beauty of Thailand is why over 1 million British tourists and more than 20 million from across the world visit each year. Making it the most popular country for tourism in the world.

While Thailand clearly does tourism, beaches, nature, elephants, temples and Chang beer well it certainly doesn't do TV well, at least not if you're a tourist or expat.

If you've spent any length of time in Thailand then you'll know there's very little access to TV from your home country and this is why an Amazon Fire TV Stick can come in very useful. But you'll need this little extra app to make it function.

Can I use a Fire TV Stick in Thailand?

Although you can't buy an Amazon Fire TV Stick in Thailand (after all Amazon doesn't exist in Thailand – except as a service station coffee shop) you can take one with you.

It works like it does in any other country, simply plug it into the TV. The only issue is you'll find nearly all the apps don't work.

If you want to watch some TV from home on a desktop or tablet you'll want to check out our 5 ridiculously easy steps to watch BBC iPlayer abroad, but the Fire TV and Fire Stick are a different story.

You can also watch the Netflix app in Thailand but it's limited to the Thai selection which is massively reduced in comparison to the UK and US offering.

A VPN app will unlock your Fire TV Stick in Thailand

There's an app called a ‘VPN‘ that will unlock your Fire TV Stick in Thailand or in fact any other country. So if you're travelling to Laos, Myanmar, Cambodia or Vietnam it'll work there too.

A VPN will let you access BBC iPlayer, ITV Hub and more. Although I've got a British Fire TV Stick it doesn't matter what country you're from.

If you've got an American Fire TV Stick for example then you'll be able to unblock all your home apps such as NBC Sports and others.

It also doesn't matter if you've got a Fire TV or a Fire TV Stick.

While there are something like 500 different providers of VPN apps most don't work with the Fire TV Stick.

There are however a couple of good services which I've tested that work well.

Without a doubt my recommended VPN app for use with a Fire TV Stick in Thailand is ExpressVPN. They work well with all the Fire TV Stick apps and will let you unblock and access Netflix so you're not stuck with the limited selection Thai Netflix catalogue.

There are a few other providers that are offering a good Fire TV Stick VPN app and 3 I recommend you check out are:

How to install a VPN on your Fire TV Stick

You can install a VPN app from ExpressVPN or one of the other providers either when you're in Thailand or before you leave your home country.

So there's no rush to install before you leave and if you're already sunning yourself in Phuket, Krabi or Pattaya there's no need to panic.

You'll of course first need an Amazon Fire TV or Fire TV Stick and if you haven't got one yet then UK users can order one here. If you're from another country then just search your respective Amazon store for ‘Fire TV'.

On your Amazon Fire TV Stick use the search function and type ‘ExpressVPN'. 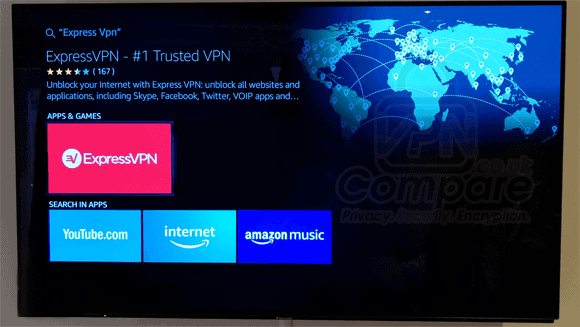 Once it's installed open the app and connect to your home country.

In my case, I connected to the United Kingdom. 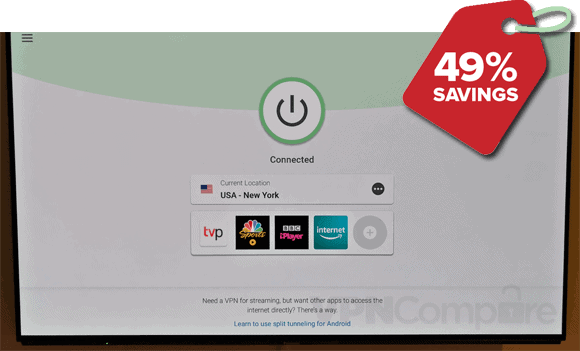 Connect to your home country.

Once the app has connected you're free to open any of your regular Fire TV Stick apps.

What Fire TV apps can I now watch in Thailand?

For example, you'll now be able to open TV Player or ITV Hub and watch it in Thailand.

If you want to watch BBC iPlayer then you'll need to watch it via the Fire TV Stick web-browser Silk Browser or install FireFox and visit the BBC iPlayer website directly as it won't work through the app.

If you're from another country then you can watch all your home apps. For example US users can watch services like NBC Sports.

It's also worth checking out the Netflix app because no matter where you're from you'll be able to access the American Netflix catalogue. It has more movies and TV shows than most regions and definitely more than the Thailand Netflix catalogue.

If you want to use your Amazon Fire TV or Fire TV Stick from the cool mountains of Chiang Mai or the beaches of Koh Chang then you're going to need a VPN app.

I recommend ExpressVPN for this as they're really easy to use and have a 30-day money back guarantee.

You can get their service 49% cheaper by taking their 12-month package which is definitely worth checking out.

Once you've signed up download their app directly from your Amazon Fire TV or Fire TV Stick by searching ‘ExpressVPN'. Then connect to your home country.

You can now watch all your favourite apps in Thailand.