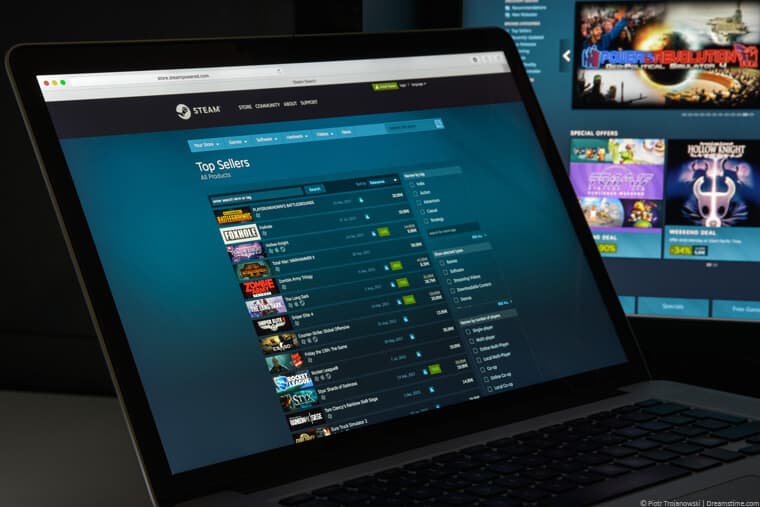 If you're looking for some sneaky cheap PC games, Steams new crackdown on VPN region price hoppers will leave you sorely disappointed.

Using a VPN comes with a lot of benefits to the user, such as increased online privacy, security, and anonymity.

The online privacy tool ensures this through a number of combined features that allow users to encrypt their traffic, but also to hide their real location by connecting to servers in other countries.

This does not only hide users' locations and their real IP addresses, but it also opens up several new possibilities.

Some of them include bypassing geo-restrictions and censorship, as well as allowing users to get better deals by paying lower prices for online goods.

This is possible as different countries often have regionally targeted prices. What residents can afford in one region of the world doesn't matter what they can pay in another.

By using a VPN, gamers have sometimes been able to connect to other countries and acquire their favourite games cheaper when buying them in online shops, like Valve's Steam. However, this will no longer be the case, at least when it comes to Steam.

What happened with Steam?

According to a new announcement by Steam Database on Twitter, Valve recently decided to put a stop to this exploit feeling that it is unfair to those who paid higher prices due to living in specific locations. Valve has made its rules regarding buying games from different countries more strict.

Valve has recently made changing your store country more strict, which requires completing a purchase using a payment method from that country.

This should hinder the ability of using VPNs to buy games cheaper. pic.twitter.com/IozwoO6gsi

From now on, users will have to pay for their games by using a payment method from that country. In other words, it will no longer be possible to connect to a server in one nation but pay via a bank account from another one.

One question that quickly popped up is what will happen to expats?

After all, many people tend to change countries, whether because they like travelling a lot, or if they simply relocated and decided to live elsewhere.

Valve figured out a solution for this, as well. Steam will be somewhat sticky about the country of residence that users have set in their profile.

So, if they happen to change their country of residence, they need to update their account with this new information, and use purchase methods from that country.

All it takes is a single purchase from the users' new country of residence by using local payment methods, and Steam will confirm that the change of location is valid.

Why is Valve doing this?

As some may know, Steam has been taking steps to ensure that users cannot abuse VPN technology when buying games. The necessity to do this comes from the fact that different games often have different prices in different regions.

In other words, a game that might cost $20 in the US, could only cost $11 in another country, such as Russia. Meanwhile, all that gamers needed to do to reach this massive discount was to simply connect to a Russia-based server via a VPN.

Using a VPN in such a way has been against Steam's Term of Service for a long time, and both Steam and Valve have been fighting VPN abuse for years.

In other words, intolerance for VPN purchases is nothing new, and this will not represent that big of a change, either. After all, long-time VPN users are likely aware of Steam's habit of revoking games purchased via this method. The store has been doing it for over five years now.

The only question was not whether the VPN user would get caught, but when.

Now, they will be prevented from accessing low prices of games altogether, as trying to buy games via VPN could result in restrictions to the user's Steam account, as Valve explained it.

Of course, Valve is not against using VPNs with Steam completely.

Users can still play games safely by running a VPN as they play, whether online or offline. It is only forbidden to buy games with VPN on, as it changes the price of the game that the user is expected to pay based on their region.

Check out our list of VPNs that work with Steam to keep you secure.

Not the biggest of changes

Using a VPN to access cheaper prices for various subscription services, booking flights, hotel rooms, and more has been a common practice among VPN users.

However, some services seem to be fighting back, with Valve and its Steam platform currently being the most active in this regard.

Steam has been tackling this issue for years and although this news is being reported widely, the number of users it affects will be relatively small.

What is more likely to occur is users will further turn to grey-market CD-key websites which purchase games via retail stores or distributors in cheaper regions and then sell them on for a profit with a more affordable price in more costly areas.