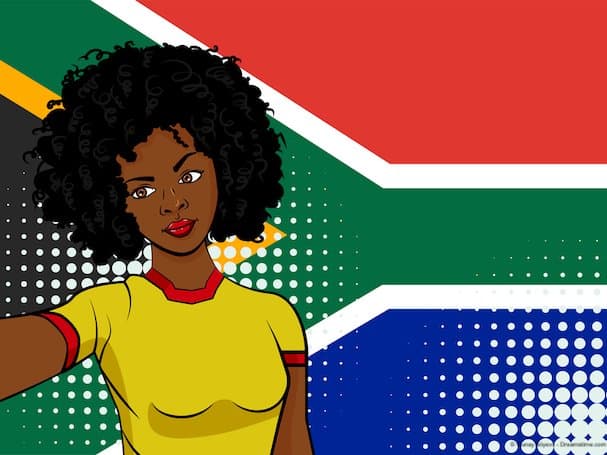 The new law is deeply flawed and riddled with holes, not least the fact that people can easily get around the new system by using a VPN such as ExpressVPN or IPVanish.

But while most of the world is tittering behind its hand at the UK Government’s stupidity, in some other parts of the world, the move has clearly been something of an inspiration.

The South African Law Reform Commission (SALRC) has just published a discussion paper on sexual crime in South Africa. One of the main focuses of this report is access to pornography and how this affects Mzansi children. (For those not familiar, Mzansi is a local nickname for South Africa).

The third address the issue of children creating and distributing self-generated pornographic content, and the final three chapters are dedicated to possible ways to tackle the issue.

Needless to say, the South Africa authorities are proposing sweeping new censorship powers – the legislative equivalent of throwing the baby out with the bath-water.

At the heart of the SALRC’s proposals are a requirement that all internet-enabled devices in the country should carry a default setting which allows the device to block access to all pornographic content, legal or illegal, unless the user first provides proof of age.

In South Africa, as in the UK, law-abiding adults will be prevented from accessing perfectly legal content without first handing over sensitive personal information to the state.

The details of precisely how the system will work in South Africa are not, at this stage clear. But it seems inevitable that, as in the UK, the result will be a mega-database packed with sensitive personal details and quite possibly details of a person’s specific pornographic interests as well.

In a country like South Africa where tolerance of homosexuality and some other sexual preferences is not widespread, the risks of this are clear. Should this database ever leak, the potential risks to Mzansi people themselves go well beyond public embarrassment.

Social media in South Africa has been teeming with comments condemning the plans. Threads have quickly turned to discussions about how to get around any potential ban. VPNs like ExpressVPN and IPVanish have featured prominently.

It has also been pointed out that any ban is unlikely to affect social media and other sites which are not exclusively pornographic in nature. This is another glaring loophole in the UK’s plans.

No doubt the Mzansi people will follow the lead of the British public who are already turning to VPNs in huge numbers with the ban there due to come into force very soon.

Whether the proposals in South Africa will ever see the light of day remains to be seen but if they do they can look forward to facing up to many of the same problems.

There is no obvious way to implement the ban without leaving glaring loopholes such as VPNs and social media; There are serious privacy concerns about collecting so much age verification data on the same database, and; the policy is always going to prove hugely unpopular with voters.