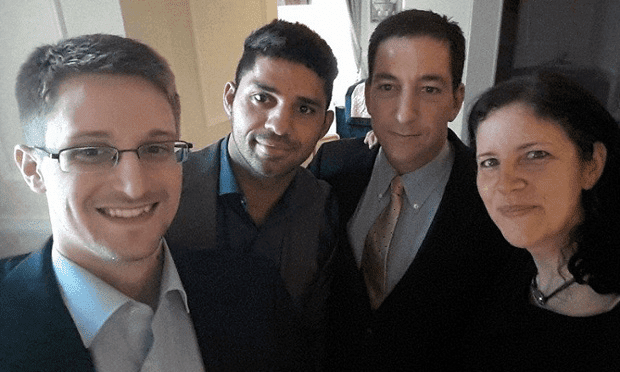 Yesterday we reported on claims made in British newspaper, The Sunday Times which were followed up by the BBC that officials within the UK government had stated due to the leaks by Edward Snowden spies had been put in danger and action been put in place to remove them from locations as a direct result.

Firstly the main criticism of the original article was how all the sources quoted were anonymous. Not one name was given to any source that mentioned the endangerment of UK spies. Critics of the article which include Glenn Greenwald, Robert Graham and Craig Murray have argued that when such cases arise they are almost always likely to be done in a manner that looks like a government official leak but is in reality the official government line masked in a cloak of secrecy to enhance the propaganda.

Secondly the article has been heavily questioned due to the timing of the publication. Just days earlier David Anderson QC published a report regarding UK terror legislation stating that the current set up was “undemocratic, unnecessary and – in the long run – intolerable”. With such a timed publication in The Sunday Times newspaper it certainly does raise the question of the legitimacy of the article and why in the near 2 years since Snowden made the original leaks nothing of such information has been published previously.

Playing to the tune of British weakness

The UK is on course to reintroduce the previously blocked Snoopers Charter extending the government’s ability to log and store data on citizens coupled with the current Conservative government wanting to remove the Human Rights Act there needs to be a publicly supported case for both to pass with minimal fuss.

British people are staunchly proud of their military and rightly incensed when deaths occur at the hands of terrorists. News of intelligence agents working tirelessly to protect British citizens being put in danger is a good place to start if you want to swing the feelings of a nation.

It is all too often that the British public and elsewhere in the western world automatically accept what we read in the newspapers and see on the TV news as truth. We live in a democracy, our press has checks and balances with official bodies in place to resolve grievances but do we really question the message of the news anymore?

In countries such as North Korea we laugh at the ridiculous nature of their reports because we know better but when faced with our own news publications do we know better or do we blindly believe what we read and what we see without questioning?

While it is likely true that operational practices may have been altered due to the Snowden revelations there is no evidence that any such removal of UK intelligence agents has taken place. No one is suggesting that Edward Snowden himself has handed documents to the Chinese or Russian officials and with words being used that these documents have been “deciphered” it seems to suggest that they would have been obtained via another means, if at all true.

Now we should question every source

Glenn Greenwald has previously stated that Edward Snowden did not take any documents with him after he left Hong Kong but when questioned yesterday on Sky News could not provide evidence of this, instead referring to the fact that journalists must fact check before publishing as the onus is with them. However, would this not raise the question that is indeed what The Sunday Times did? and if we have no evidence that they did, we equally have no evidence that Snowden deleted documents before travelling to Russia.

Now I’m not saying he didn’t but the very journalists who have rightly berated The Sunday Times are the same journalists telling us to question what we read and this is exactly what I’m doing. While I’m more inclined to trust Greenwald, Snowden and those in that camp over my own government who regularly play puppet to a US master hoping to keep their position in the world spotlight, I also feel it correct to question each source I read.

Regardless of the truth surrounding the last few days it has reiterated one important fact and that is as citizens it is both an exciting period in time to be a part of but also we must question the mainstream media more now than ever before.