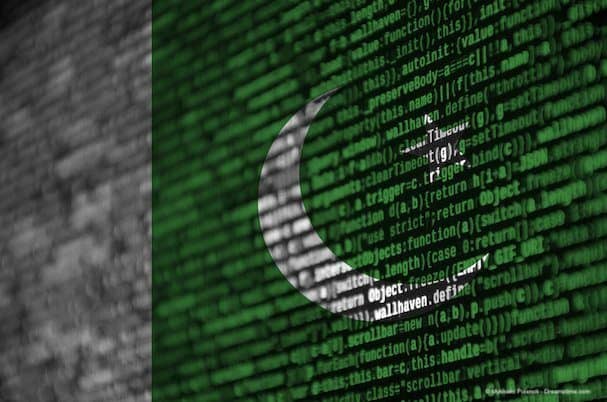 The US-based online magazine Slate has been blocked in Pakistan for the third time in the past two years. And no-one is quite sure why.

If you have ever read Slate, you will know that is packed full of news, culture, technology, and human interest stories. But you will also know that is a fairly light read and rarely ventures too hard into controversial topics.

Why is Slate blocked in Pakistan?

But something has obviously offended the Pakistani authorities. According to Netblocks, which monitors online censorship around the world, Slate has been unavailable in Pakistan since November 2nd last year.

No reason or announcement for this has been given by the Pakistan authorities despite the site being unavailable for more than two months now.

There is no obvious content that was published on the Slate website around that time that could have prompted such a response. It is possible it was a slow reaction to earlier coverage of India’s change of policy over the disputed Kashmir region, but even those articles were fairly balanced and uncontroversial.

The lack of an explanation is not, in itself, unusual, although it must be hugely frustrating for people in Pakistan who like to read Slate.

It is also technically illegal under Pakistani law. Under section 37 of the country’s 2016 Prevention of Electronic Crimes Act (PECA), the Pakistan Telecommunication Authority (PTA) is empowered to censor online content. But a ruling in the Islamabad High Court (IHC) made it illegal to do so without issuing notification first.

The PTA was supposed to formulate clear rules before they censored any further content. These rules are yet to be drafted and released and Slate has not received any communication from the PTA or the Pakistani government explaining the block.

One of the most interesting points from Netblock’s analysis is that Pakistani ISPs all appear to have blocked Slate on different days. Several took action on November 2nd, but one of the country’s biggest providers Nayatel didn’t take action until November 4th.

Another, Zong, has only blocked the site intermittently and at the time of writing, we are led to believe it is currently available.

This could just be a result of poor communications from the Pakistani government, a slow response to the censorship request from certain ISPs, or even that such demands are not taken as seriously now as they once were.

The impact of Slate being blocked

According to Slate’s Director of Media Relations, Katie Rayford, their site has seen a 50% drop in traffic from Pakistani users since the start of November last year.

She said in a statement, “It is deeply concerning that Pakistan, a democratic country with a constitution guaranteeing freedom of speech and expression, would once again choose to block a media outlet dedicated to bringing information and truth to readers and listeners around the world.”

“It is even more alarming [that] officials did so without informing us — and more importantly its citizens — about their reason for censoring our reporting,” she added.

This is not the first time that Slate has been blocked in Pakistan. In July 2018, the site was blocked on Pakistani servers for a spell without any warning or explanation being given.

In June 2019, the site was again blocked in Pakistan. OONI, the online censorship monitoring service, reported that this was due to the site’s coverage of the Pashtun Tahafuz Movement (PTM), a social movement that demands human rights of the Pashtun community in Pakistan.

Given that Slate has shown no inclination to stop publishing content on topics that relate to Pakistan, it seems likely that such blocks will continue.

Of course, internet censorship is nothing new in Pakistan and Slate is far from the only western news site to fall victim to it. In recent times, the situation has got noticeably worse as the Pakistani government has gone to great lengths to stamp out dissent and opposition in the country.

This has also resulted in other laws, such as the Prevention of Electronic Crimes Act (PECA) which not only legitimise censorship but have also led to the normalisation of online surveillance.

Eagle-eyed readers will have noticed that despite Slate being blocked on all Pakistani ISPs, its traffic from the country has only dipped by 50%.

The most likely explanation for this disparity is that Pakistan has a high number of VPN users.

VPNs are an increasingly vital tool in Pakistan as the government continues to turn the screw on online freedoms. By subscribing to a VPN, you can access any website that has been blocked in the country. You can also ensure that everything you do online is encrypted and therefore inaccessible to government surveillance operatives.

With the online crackdown affecting the likes of journalists and opposition politicians, VPNs have become absolutely vital for them to go about their job without fear of reprisals.

But they are also more and more vital for ordinary internet users and would explain how the tech-savvy demographic is managing to access Slate despite the best efforts of their government to stop them.