Sky Broadband has become the latest ISP in the UK to be required hand over customer identifying information in an alleged piracy case. The practise of requesting customer details is commonplace in the United States and other European countries but is rare in the UK at current.

Sky become one of the first ISPs to hand over customer details to a third party company who are accusing the affected users of downloading various copyrighted materials via torrent networks. The companies in question who chase up such alleged copyright infringement very rarely take users to court but instead tend to use bullyboy tactics to extract cash from users.

As many users are scared of legally worded letters most prefer to pay up rather than take the chance of appearing in court which as history has shown happens rarely and if so does not always favour the company sending out such letters.

While TCKY LLP have been quite active in the United States filing many cases in a range of states this is the first time they have turned their attention to UK file sharers.

So what happens next 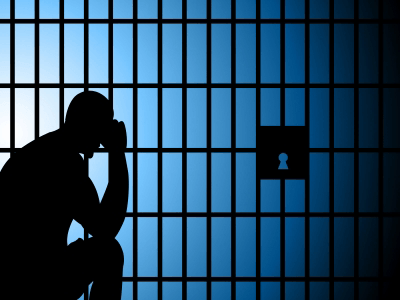 TCKY LLP took Sky Broadband to court to order them to reveal the details of the customers alleged to have shared their film. Users have been tracked on torrent networks via their IP Address which allows someone to pinpoint which user was accessing what at a specific time. Records held at the ISP will identify which user was assigned a specific IP at a specific time and by cross checking this with details recorded by TCKY LLP will pinpoint which household was responsible for downloading a specific file.

TCKY LLP are likely to begin demanding monetary compensation from the alleged file sharers by way of demanding letter threatening legal action if they do not comply. Such scare tactics have been reasonably successful and many users are likely to pay up rather than face a lengthy and costly legal alternative.

Where the issue becomes complicated is TCKY LLP can not pinpoint exactly which specific person in a household was responsible for the infringement and from a legal standpoint makes a positive outcome in any court case increasingly difficult. With latest UK census results claiming 26.4 million households and only 20% of them containing a single person, it leaves a large amount of multi occupancy, multi family member dwellings that would be difficult to target a specific user.

So in theory most users will not need to pay and the possibility of a court case is slim, although possible.

How to protect against this in future

Just receiving such a letter can be upsetting and for the average user cause sleepless nights especially with amounts of £600-£700 in compensation being mentioned. Regardless of if a user downloaded or didn’t download a file there is no reason why your personal data should be revealed and protecting what you do online is essential.

Whether you use torrents or not, protecting your privacy and what you do online should be a top priority, removing the ability for companies to track what you download is simple with the solution being a service called a Virtual Private Network or VPN for short.

A VPN encrypts your internet connection and protects your privacy. By passing your data through a third party server in a different location it masks your IP Address so that anything you do on the internet is attributed to the VPN providers server and not your home connection.

This means even if you did accidentally download a copyrighted film the only available information would be the IP Address of the VPN server and as most VPN providers don’t keep records of what you download, plus mix your usage with other users on the same IP Address it is impossible for them to pinpoint you as the “culprit”. VPN services are in the business of protecting your privacy and all reliable providers won’t hand over any of your details to a third party in a copyright case and in the case of mixed data transfer they couldn’t even if they wanted to.

Which VPN provider can stop me receiving a letter

As long as you take all the recommended precautions to stop your IP Address being leaked most VPN companies will protect your privacy. VPN providers who allow torrent access are LiquidVPN, IPVanish and VPN.ac.