Chinese skier censored after recommending VPN use in China 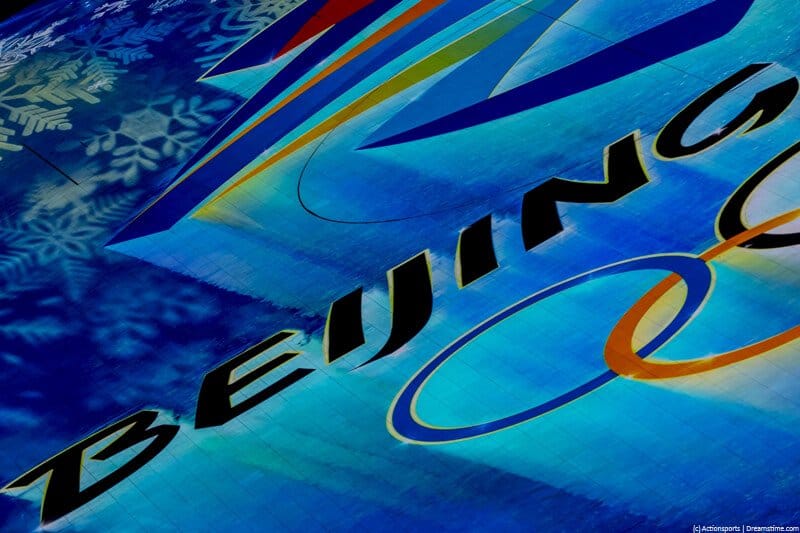 An athlete competing at the Winter Olympics in Beijing has been censored by the Chinese Communist regime after posting a message on Instagram telling Chinese internet users how easy it was to access the site in China using a VPN.

Eileen Gu, who is also known by her Chinese name Gu Ailing, is a freestyle skier who has competed for China since 2019 after being born and raised in the USA to an American father and a Chinese mother.

She has had a hugely successful Olympics on the slopes, winning a gold medal in the big air freestyle skiing competition and a silver in the slopestyle.

However, like many athletes competing in Beijing, she has encountered more problems away from the slopes.

Gu's issues began when she was asked on Instagram how she was managing to use the renowned social media site, which is blocked by the Chinese Communist Party across the country.

According to Protocol, Eileen was honest in her reply, saying “Anyone can download a VPN it's literally free on the App store.”

Gu is absolutely right to say that anyone can use a VPN to unblock Instagram and the vast number of other internet sites and services that are routinely censored for the 1.4 billion people who are unfortunate enough to live under that country's Communist dictatorship.

However, we would be wary about recommended free VPNs for use in China, where VPNs are illegal and punishments for being caught using one can be severe.

Free VPNs come with all manner of problems, not least the fact that many are owned by Chinese companies and are suspected to routinely share user data with the Chinese state. There are also a myriad of security, privacy, and performance issues with almost all free VPNs.

Internet users in China can indeed unblock Instagram with a VPN, but they would be well advised to use a secure premium VPN such as ExpressVPN for the job. Our guide to the Best VPNs for China is a good place to start.

While Instagram does not censor content at the behest of the Chinese Communist regime, a screenshot of Gu's response quickly began doing the rounds on Weibo, the Chinese equivalent of Twitter.

But it wasn't there for long as Weibo is open to Chinese censorship and all posts mentioning Gu's comment were swiftly censored. The comment now also appears to have been removed from Gu's Instagram too, presumably in response to the backlash she has endured.

A troubled Olympics for Gu

It has exacerbated what has already been a tricky Olympics for Gu, who had been widely tipped to be a poster girl for Chinese success at their home Olympics.

But her defence of the Chinese Communist regime has angered many outside China, while fans inside China have begrudged someone who has enjoyed many of the freedoms they are denied rolling up at the last minute seeking to justify their oppression.

There are also questions about her real citizenship, with many in China, a country that doesn't allow dual citizenship, questioning whether Gu has really renounced her American passport.

There is no evidence of this in the public domain and Gu is on record as saying, “When I'm in the U.S., I'm American, but when I'm in China, I'm Chinese.”

Her post advocating the use of VPNs in China has not just riled the Chinese people but has doubtless angered the regime too.

The Winter Olympics in Beijing have largely been a disaster for all concerned even before this latest post from one of China's biggest names at the Games.

The IOC and its sponsors have been tainted by their association with the so-called ‘Genocide Games' as the Chinese Communist Party have attempted to sports wash their atrocities in Xinjiang, Tibet, and elsewhere.

There have also been scandals over the treatment of athletes, the low quality food, the repression of foreign journalists covering the games, the location of events in seemingly post-apocalyptic hell-holes, the widespread use of fake snow, low viewing figures, and much more besides.

Internet censorship has been lifted inside the Olympic zone, but many journalists have refused to enter this area as they want to cover the impact of the Olympics on real Chinese people and they have therefore also been unable to access services like Instagram and doubtless forced onto VPNs.

Both athletes and journalists have been advised by governments not to take their own devices to China for fear of them being bugged. This is very sensible advice as was the recommendation to install a VPN onto a burner phone before departing for China.

Eileen Gu is just one of the athletes to know that. Her mistake was saying so publicly while she was still inside China.