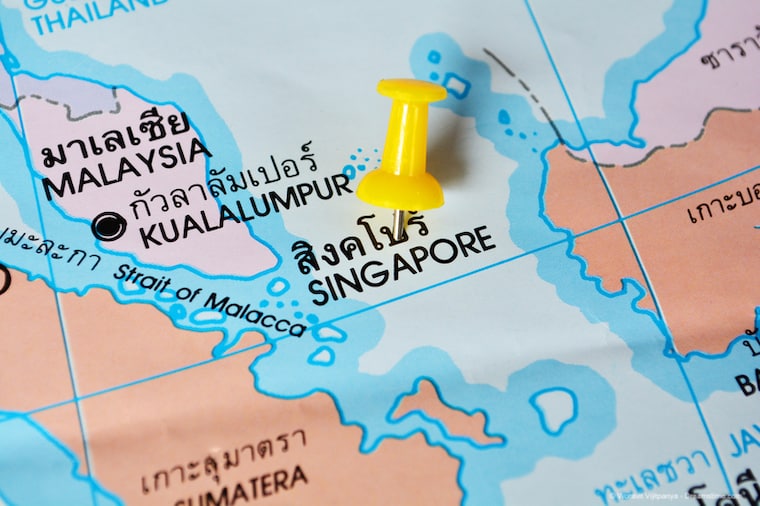 Officials in Singapore have begun enforcing the country’s hugely controversial new fake news laws. The effect of the Protection from Online Falsehoods and Manipulation Act (POFMA) is exactly what people had feared with opposition voices already being silenced.

We have written before about how the issue of fake news has been used by a number of countries around the world as an excuse to clamp down on political opposition and freedom of expression.

The majority of these countries are controlled by authoritarian regimes but that doesn’t mean that democracies like Singapore haven’t been sucked into the trap too. It is not for no reason that Singapore is currently ranked 151st out of 180 in Reporters Without Borders press freedom rankings.

Last week, the government of Singapore employed its new powers for the first time. The target was two prominent posts on Facebook which the government said included ‘false statements of fact’.

The first was by a member of Singapore’s opposition party called Brad Bower. Bower posted a criticism of Singapore’s sovereign wealth fund, Temasek, which has invested in a restaurant company that Bower described as being “debt-ridden”.

His post also made criticisms of some of the investment decisions of Singapore’s other main wealth fund, GIC.

According to the Singaporean authorities, his claims about both funds were false. They also claimed that he implied that government officials were influencing how these wealth funds were making corporate decisions.

They strongly denied this accusation and insisted that their role is to appoint the fund’s boards and then hold them accountable for their performance.

The result of the action was that the Bower was ordered to include a government rebuttal at the top of his post. When the announcement was made, the Singaporean authorities also published a screenshot of the post with the word FALSE stamped across it in big letters.

Bower was rather perplexed by the decision which he said didn’t bode well for the implementation of the new law moving forward.

He complied with the law but denied anything he had posted was false and noted that the decision would ‘raise eyebrows’ around the world, especially as it was employed against a post that had attracted very little attention until the Singaporean authorities took action against it.

The other target of action was an Australian-based blog called the States Times Review. This blog has around 50,000 Facebook followers but is already blocked in Singapore having previously claimed that Singapore’s elected were rigged.

The post they took issue with included a claim that a whistleblower in Singapore had been arrested after revealing that a political candidate for the governing party had certain religious affiliations.

This stance has seen Facebook drawn into the mix as the Singaporean authorities have now asked that they publish the required correction notice instead.

Facebook has complied with Singaporean law and labelled the post as containing false information but in a statement given to CNN, they said, “As it is early days of the law coming into effect, we hope the Singapore Government's assurances that it will not impact free expression will lead to a measured and transparent approach to implementation.”

Facebook’s concern is that Singapore’s law handed the power to determine what is and isn’t fake news to the Singaporean executive. But they are not in a position to offer a fair, reasonable, and independent judgement on this.

The idea that a government can force a company like Facebook and its users to remove content or mark it as false on the basis of their own assessment is a recipe for state censorship and political interference on a broad scale.

Campaign groups are in no doubt about the true intentions of the law. Phil Robertson from Human Rights Watch said the bill was intended to “shut down critics”.

It is hard to disagree with the assessment at the current time. With the number of Singaporean people taking steps to protect their online privacy and to access uncensored content by using a VPN, (which Singapore has also considered banning) it is clear they feel the same way.

There is no doubt Singapore’s new anti-fake news laws set a worrying precedent and these two initial cases only serve to increase that perception. But these laws aren’t going anywhere and there is plenty of evidence that other countries plan to follow their lead.

It is somewhat ironic that tackling fake news appears to be the perfect guise for suppressing real news that governments in countries like Singapore simply don’t like.