Shellfire router aims to bring VPN use to the masses 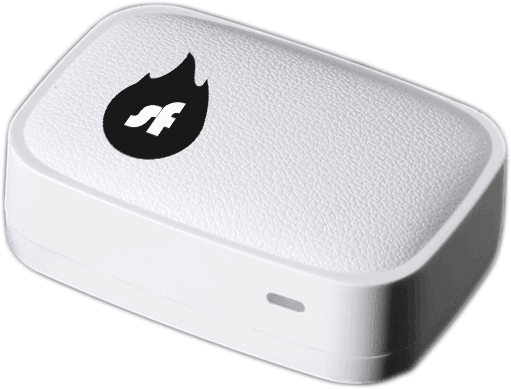 German VPN provider Shellfire is close to releasing a revolutionary new product simply known as the Shellfire Box. The Shellfire Box is a small physical VPN router aiming to bring VPN use to the masses in a simple plug in and play manner with an unbelievably low price tag to boot.

At the end of 2014 the privacy world was swamped with Tor routers from the Anonabox to Invizbox and many more besides. The small white box has become synonymous with security products recently and after raising over US$69,000 via crowd funding the release of the Shellfire Box will see another thrust into the marketplace.

Shellfire Box comes in the all familiar white casing.

While the previous security products have concentrated on the Tor network the Shellfire Box aims to focus on the VPN market. The idea behind the Shellfire Box is to provide a simple box that is able to be plugged into a user’s home router that then enables both a Wi-Fi and wired connection which is automatically protected by a VPN network.

Shellfire themselves offer a VPN service that has both free and premium paid for accounts and the Shellfire Box will initially work directly with their service. Should users of their premium service allow their service to lapse the box will continue to function over the free service meaning the device will always have a use for as long as the Shellfire company exist. The box will run on the OpenWRT system meaning that those with technical knowledge will be able to use the device with other VPN providers although this isn’t the intended purpose.

While any product that increases the uptake of VPN use is always welcome one of the most exciting features of the product is how it will enable all devices to make use of a VPN, even those without the software capability to do so. Many smart TVs, gaming consoles and other devices do not have the ability to access VPN networks. With the Shellfire Box it will be possible to connect all devices and protect both privacy and access geo-restricted content all from the pocket sized hardware device.

The trade-off with any hardware VPN router is always going to be speeds achieved. Due to the hardware on board it will not be possible to support encryption at high speeds. Shellfire claim to have reached speeds of 13mbps although this is likely to be under strict test conditions and with no indication of what encryption or VPN protocol used it would be expected that those were at the lower end of the scale using more basic protocols. Just as your mobile phone manufacturer may quote you can receive 3 days of standby battery use only for it to die after 1, the proof will be in the pudding.

However, although speed is expected to be relatively low if speeds do indeed match those that Shellfire themselves quote it will be possible to watch full high definition 1080p resolution video over the Shellfire Box which would make for an interesting device indeed. With 4k video requiring at least 15mbps and ideally 25mbps it is one that will have to be passed on.

The Shellfire Box is an exciting project and at a pre-order price of only €59 (Approx US$66 / £43) which includes 1 year of their Premium VPN, a service that usually retails on its own at €84.90 it makes the project an extremely interesting prospect. While speed may be limited it should be entirely possible to make use of general web use and video watching at a price that is over three times less than most other current full sized VPN routers on the market.

The Shellfire Box is scheduled to be released in August 2015 and users wishing to pre-order can do so directly from the manufacturers website.