Home » Guides » Do I need a Separate VPN for each device? Answered & Explained

Do I need a Separate VPN for each device? Answered & Explained 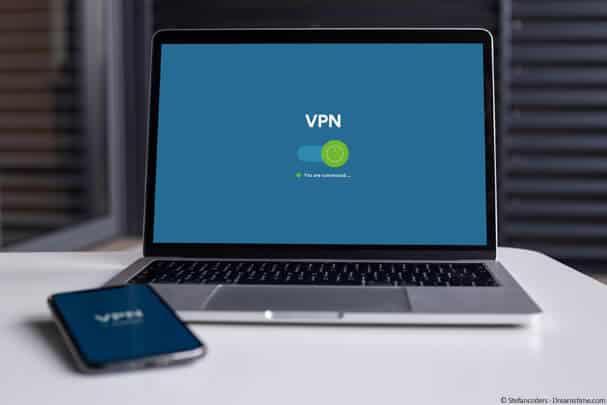 VPN use has exploded in recent years and we're now told to use a VPN on everything from our computers to our phones and our tablets to our TV media boxes.

But using a VPN on so many devices come with some important questions and one of those is, do you need a separate VPN for each device?

In this guide we'll be exploring that question, answering it and giving you all the details and more that you need.

The internet has evolved into a second layer of the world, where we now spend our spare time, communicate with friends and family, share memories, stream, work, and more. However, while it does come with numerous benefits, it also comes with various risks.

This is why VPN use has become so necessary.

Things like online surveillance, hacking attacks, censorship, and restrictions are at every step, which is why you need to protect yourself while online.

The best way to do that is to start using a VPN that will protect your devices. So let's find out if you need a separate VPN for each device.

Starting with the basics.

VPN stands for Virtual Private Network. It is an online privacy, security, and anonymity tool.

It is an application provided by VPN services that can protect your online traffic by hiding it from view and making it unreadable to others. That way, you are the only one who knows what you are doing online.

Additionally, it allows you to mask your IP address, and in an extent – your location, identity, and other details.

Unfortunately, it is a necessary tool these days, and due to all of the dangers, it has grown to become quite essential, and even popular.

Do I need a VPN for each device?

Now on to the important stuff.

It is highly advisable that you protect all of your devices – especially the ones you use daily. So yes, in this instance, you need a VPN for each device.

By doing so, you will be sure that your privacy is safe, and that no one – not hackers, governments, or your internet provider are tracking your movements and online activities.

Installing VPNs is easy, and there is basically no device that you cannot use them on.

This includes smartphones, laptops, desktops, tablets, Smart TVs, gaming consoles, and anything else that has a connection to the internet.

What are concurrent usage limits?

As mentioned, the number of simultaneous connections that you can establish varies from one VPN to another.

IPVanish, for example, offers the most significant number of simultaneous connections that we can find, 12 of them. That means that you can make one account and protect 12 different devices with it.

There's no limit to the combinations of devices, that could be six computers and six phones, or four phones, two tablets, two computers, two laptops, two Amazon Fire TV Sticks and so on.

Then, there is StrongVPN which protects ten of them, CyberGhost that can protect seven, NordVPN with six connections, ExpressVPN with three, and so on.

As you can see, there are some vast differences in how many devices you can use one service on depending on the service you subscribe to.

Can I use it on different device types?

Yes, as mentioned earlier, a single VPN can protect almost any device.

For example, if you get an account with IPVanish, you can use it for protecting your laptop, desktop, tablet, phone, router, Smart TV, and anything else you might want to shield from surveillance.

However, you should be aware that VPNs come with dedicated apps, meaning that they already offer apps for specific devices.

For example, almost every VPN has a dedicated VPN app for Windows, macOS, iOS, and Android. Beyond that, you need to check and make sure. 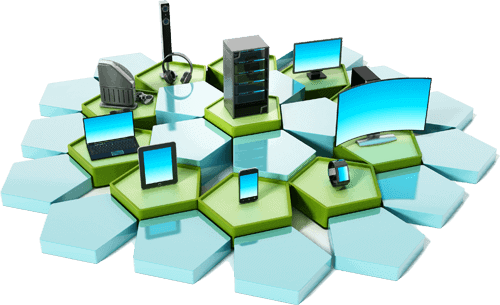 However, most can be manually set-up so that they would protect additional devices, provided that you know how to do it.

For example, let's say you made an account with ExpressVPN. It allows three simultaneous connections at the same time.

However, you can install their VPN app on as many devices as you wish. In other words, you can have the ExpressVPN apps downloaded on 10 phones and 5 computers.

As long as you only use three of them at the same time, you will be fine.

But, if you need to protect your entire family, that is when you might run into difficulties. Then, and only then, you might need a second account, if 3 VPN apps used at the same time are not enough.

How can I use unlimited devices concurrently?

If you've got many devices or indeed a large household, then the best solution could be to combine using a VPN with a router.

Of course, you can manually configure a router to work with a VPN of your choice, but that will require that you know how to do it, and do it properly.

However, most ISP provided routers don't have VPN functionality and the ones that do are severely underpowered leading to snail-paced speeds.

On the other hand, it is easier to purchase a pre-configured dedicated VPN router, as there is a handful of them available all of varying quality.

Invizbox 2 is a good example, as it comes ready for VPN usage. It will protect your entire connection, regardless of which device you use on the Wi-Fi hotspots created on it or by any devices connected via cable. 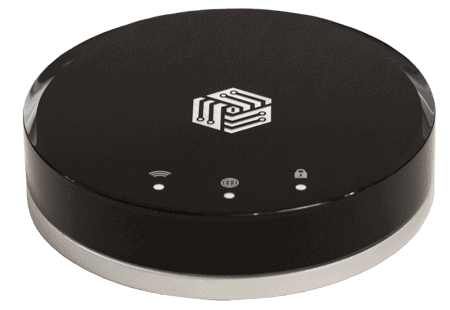 This is the best way to protect all of your devices, and the VPN service will only see one connection from the InvizBox 2, when in reality – you can protect as many devices as your internet speed can handle.

Protecting your devices is essential, but if you are going to do it, you should do it right, and protect all of them at once.

Protecting only one would mean that you have to limit yourself to solely using that single device, which is unnecessary. Additionally, if you protect one, but use others as well – it's like you use no protection at all.

With different VPNs, you can establish a different number of simultaneous connections. As a result, you can be safe, regardless of which device you use. And, if you get a VPN router, such as Invizbox 2 – you can protect everything at once, for the cost of only one connection in the eyes of your VPN service.