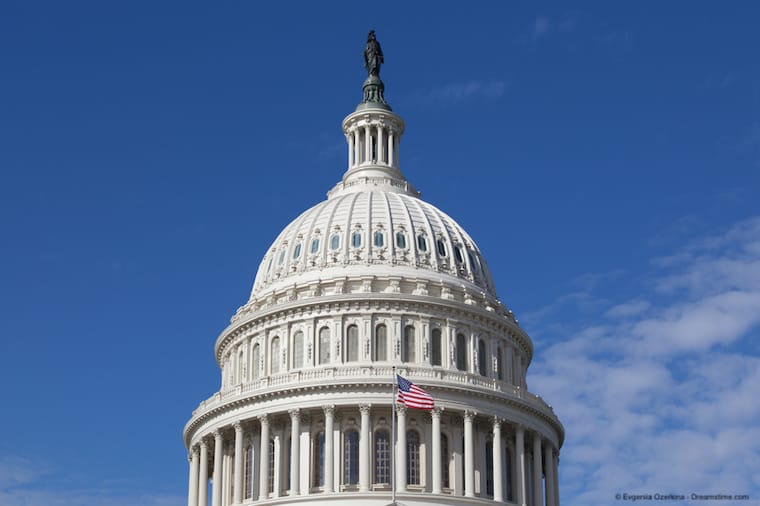 Tackling the coronavirus pandemic is the number one priority of every government around the world right now and most are pulling out all the stops to find a solution that allows us all to come out of lockdown and get on with our lives without putting lives at risk.

For many, one of the tools to end the coronavirus crisis will be a contact-tracing app, but this has sparked major privacy concerns in a whole host of countries around the world.

Their bill is called the COVID-19 Consumer Data Protection Bill and it has been introduced by a group of Senators who sit on the Senate Committee on Commerce, Science, and Transportation.

Those who have put their names to the draft legislation include Roger Wicker (MS), John Thune (SD), Jerry Moran (KS), and Marsha Blackburn (TN).

The bill itself is intended to regulate the use of data that is collected about individual American’s by any coronavirus contact-tracing app that is introduced in the USA.

It is designed to ensure that all such apps are transparent and provide users with choice and control over what data about them can be collected and how it is used. The Bill specifies that this includes health data, proximity data, and geolocations.

It requires companies to secure affirmative consent for the use of data, disclose how long data will be retained for, give customers an opt-out if they don’t want their data to be used, and delete all personally-identifiable information once it is no longer needed to tackle the coronavirus outbreak.

In a statement announcing the draft Bill, Senator Wicker, who also chairs the Senate’s Subcommittee on Communications, Technology, Innovation, and the Internet, said, “Data has great potential to help us contain the virus and limit future outbreaks, but we need to ensure that individuals’ personal information is safe from misuse.”

While there is much to be welcomed in this Bill, it is notable that all of the Senators who have put their name to the Bill so far are from the Republican Party. The main reason this isn’t a cross-party bill appears to be around the question of enforcement.

In the Bill as it is drafted, enforcement powers will be handed to Attorney-General’s at State level. It explicitly does not hand any powers of enforcement or resources to the Federal Trade Commission.

This has led some Democrat’s and privacy campaigners in the USA to argue that the new Bill is simply a clever form of deregulation.

Sara Collins, policy counsel at privacy rights watchdog group Public Knowledge, commented to The Verge that she felt this bill was “a privacy ‘cure’ worse than the disease” and amounted to “deregulation disguised as consumer protection.”

She argues that it preempts much stronger FCC privacy protections that would have to be enforced on all mobile carriers in the USA.

Too narrow in scope

Other critics have noted that this draft bill is extremely limited in scope and only relates to coronavirus contact-tracing apps, rather than consumer data privacy as a whole.

This is a very good point. Since the election of Donald Trump as President and the appointment of Ajit Pai as Chairman of the U.S. Federal Communications Commission (FCC), the privacy rights of US citizens and the crucially important net neutrality laws in the USA have been fundamentally undermined.

It is, therefore, a little inconsistent for the party that has done such damage to the online rights of American citizens to suddenly be legislating to protect privacy. The narrow scope of this bill, ensuring that it only applies to coronavirus apps does imply that it is intended to prevent the successful introduction of broader legislation with a similar purpose.

The privacy of coronavirus tracing apps was always going to be an issue in the USA as it has been elsewhere. We have reported previously on the controversy around an app that is already operational in Singapore and the proposed app being developed in the UK.

Google and Apple are also reported to be developing an app which has seen the EU raising loud and forthright privacy concerns too.

Critics argue that this bill is designed more to stymie the broader debate on online privacy in the USA and restrict it to coronavirus contact-tracing apps alone.

The Bill is due to be introduced to the Senate next week according to Senator Wicker’s office. It is not clear yet whether the Bill will be rolled into the ongoing coronavirus relief legislation or move forward independently.

One thing that is for sure is that it is likely to be the subject of fierce debate both from those Senators who oppose privacy legislation of all kinds to protect the interests of their corporate paymasters and those who think any law should offer complete protection rather than be isolated to this one niche issue.