Secure your wifi on holiday or when travelling 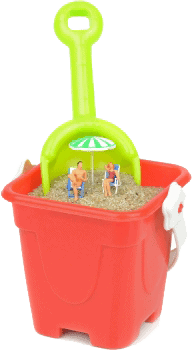 The Summer holiday season is only a few months away from starting and many of us are already counting the days until we jet off to that exotic location to kick back and relax on golden sand, jump in the car and head off into the wilderness, pitch up your tent in the beautiful countryside or in some way just spend some quality time with your friends, family and loved ones.

Spending quality time away is one of the reasons many of us get up in the morning and head to work, that glorious week or two make the dreary working week seem worthwhile. I don’t know about you and depending where you live but if you have winter months like we do in the UK then days after days of rain and cold are kept at bay by the thought of the wonderful change of scenery that is

available no matter where you choose to take your annual holidays either near or far.

The winter has been somewhat awful for many places in the world, with severe snow and cold in the US, flooding in the UK and a whole host of other weather phenomenon around the world, I’m sure like me, you’re ready for a break in Summer. So with only a few months to go until many of us start to consider the holiday countdown “now on” there are many preparations to be made.

The list is endless! Why does it feel like everything is rushing towards you at an ever increasing speed, you haven’t even had time to look at possible things to do while you’re away and it seems as if you’re the only one on the ball doing anything.

No doubt you’ve considered your personal health and safety, you may have already planned to pack your emergency first aid kit, you’ve got the water purification set and even the mosquito repellent but with all these tasks to consider it is easy to overlook your internet safety when abroad. One of the most ill prepared aspects of any holiday or business trip abroad is the security of your internet connection.

Contrary to public opinion, public Wifi systems are NOT SECURE. We now live in an ever more connected world, be it something as simple as checking Facebook or Twitter while abroad, catching up with emails or even watching some “back home” TV services like ITV Player on a quiet evening. We are now ever more intertwined with the online world and this for most does not stop when on holiday. No matter what type of holiday or business trip you take just think of the amount of different public wifi access points you are likely to connect to. A basic holiday can lead you to connect to public wifi in a number of locations which could include :-

Above I’ve listed only the most considered of locations but there are plenty more places where you’ll just quickly log on to “update your status” or “check your emails”. Unfortunately the majority of people aren’t aware that when you connect to public wifi systems other people on the same network can use sneaky software to snoop on what you’re doing.

What scary dangers lurk out there!

A basic add-on that even novices can use for the Firefox web browser called Firesheep allows a malicious hacker to intercept unencrypted cookies when using websites like Twitter and Facebook, without too much effort they can then assume your identity and log in as you, accessing your Facebook or Twitter account. The possibilities don’t stop there and if you’re surfing even more private sites then you could be at risk of exposing even more sensitive data to those around you.

This threat is real by amateurs, so if you’re unlucky to be on the same connection as a computer whizz then you could be susceptible to more extreme intrusion on your personal data. In the real world it would be kind of like walking around with your passport open and on display with a few of your credit cards visible just for good measure. To protect yourself you usually keep those kind of documents in a wallet or purse and aren’t happy to flash them around for all to view so it is important you take steps to protect your private internet data too.

You can protect yourself so easily

Luckily the solution to securing yourself on public wifi networks while abroad is actually really simple. A system exists called a Virtual Private Network or using its shortened name a VPN. Originally they were used by business travellers so they could securely log in to their office and access files stored on their company network. Over recent years it is now very commonplace for general users to make use of a VPN.

The reason pesky criminals can access your data on public wifi is because everything you do is sent in an unencrypted way from your laptop, tablet or phone via the public wifi directly to the internet. When using a VPN your data is firstly encrypted to a possible military standard. It is then sent to the VPN providers server and from here, on to the internet.

This means that between yourself and the VPN provider all your data is encrypted, everything from sending emails, accessing Facebook, watching videos and anything else you do will be completely encrypted. Anyone on the same wifi system as you will at best only see scrambled data and they have no way of decrypting it thus securing your personal data.

Ok, I’m sold, where can I get one of those VPN thingy-ma-jigs?

The only minor drawback to a VPN service is they don’t come free and cost a small amount either per month or are available at a reduced rate if you sign up to a full year service. The good news is that they don’t really cost much at all and a single month service should set you back only $4-$12 (£2.50-£7.30) depending on the provider you choose and the features they offer.

Some offer the ability to connect more than one device at a time which is useful if you’re travelling as a family allowing all your mobile phones, tablets and other types of wifi enabled devices to be secured by the VPN service. It may cost a small amount but for the security and safety of your data and accounts it is a worthwhile investment even if you only sign up for one month to use while you’re away.

It all sounds rather complicated but most of the providers offer easy to use software or apps to make the connection a painless affair. With one or two clicks or taps you can easily connect and leave it running in the background safe in the knowledge that all of your data is secured on public wifi networks. 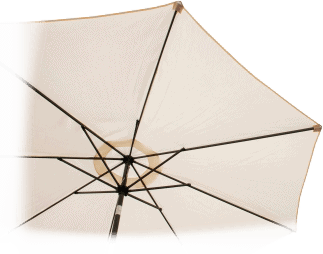 The final consideration is the location you’re travelling to. For speed purposes you should look for a VPN provider that offers a “server” or “connection” in the country you’re visiting, or at least one that is close by.

It is no good travelling to India if the provider only offers servers in the US, although it would still work you’ll get a slower connection and don’t forget even if you’re travelling in your own country, public wifi is still open to abuse regardless of location and your data or credentials could be stolen or accessed. So even though you’re on home soil using a VPN is vital for trips in your own country too.