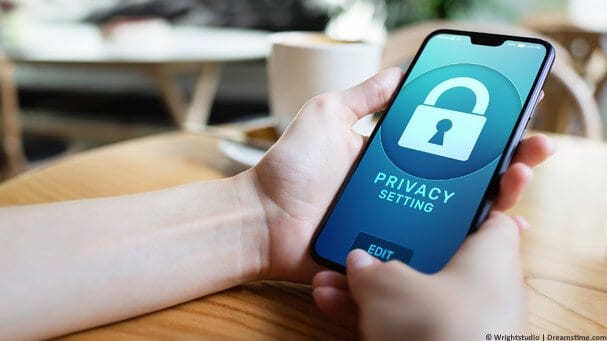 The threat to mobile phones is greater than it has ever been but there are some simple things you can do to vastly increase the security of your mobile device. In this guide we'll be exploring them.

There was a time when mobile phones were used for only two things – calling and texting.

It was a simpler time when your phone spent most of the time in your pocket, on the shelf somewhere, or in the car. Today, it would be unimaginable to many not to have their phone in hand at nearly all times.

Today, you can do anything with your phone, from calling and texting to ordering food, shopping online, updating social media, and more.

Whether or not you support this dependency on smartphones is your own choice, but the question remains: is your mobile phone at risk?

The internet has always been a dangerous place, and these days it is more so than ever.

Sure, the surface might look calm, but underneath, there is a several decades old cyber war between hackers, security researchers, governments, and even regular people who know nothing about it.

Tools such as viruses, ransomware, spyware, and other forms of malware are continuously in use to cause harm. 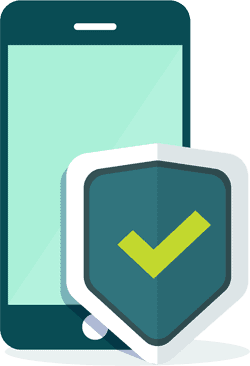 While this impacted our computers a lot, and we finally learned that we must protect them – most people fail to realise that the same is true for our phones.

If you don't have protection, it is as if you are inviting the hackers, daring them to try something.

How to protect your phone?

Naturally, researchers figured out that hackers would go for mobile phones as soon as phones started receiving an internet connection.

Some of the most well-known security apps from the anti-virus and anti-malware families were the first to get their phone versions.

However, their job is to catch vulnerabilities when they already land on your device. It is much better to make sure that this never happens in the first place.

To do this and hide your online activities at the same time, we recommend the use of VPN technology.

VPN, or Virtual Private Network, is the technology that allows privacy, security and a level of anonymity on the internet.

It does so by combining several security techniques and methods, such as the use of security protocols, encryption, and an extensive network of servers. This creates a secure connection between you and the internet.

Encryption will make your data unreadable to others who might try to collect it, while security protocols will shield it from view. This is essential when using the public internet such as in cafes, universities or other public locations.

As for the server networks, by connecting to any server, you can replace your IP address and hide info such as your real location and more.

Which VPN to use?

Only a few years ago, VPN technology was still mostly used by companies and a few individuals who were concerned about online security, so they stumbled upon them as a solution during research.

Aside from those few users interested in online security, it would have been rare to see a regular Joe using a VPN.

But, since they exploded in use, hundreds of services have emerged, and it is tricky to pick a good one when you don't know what to look for.

We've been testing VPN services for six years and the three that regularly impress us are:

These are only three out of many services and you are free to choose. You can compare 20 of the leading services in our VPN Comparison Guide.

You can use them and make sure that you are protected, as well as that you have access to massive server networks which you can use for bypassing geo-restrictions and censorship.

They are low-priced, highly secure and they keep no logs, offer money-back guarantees and more.

How to get a VPN? Step-by-step guide

Due to the current popularity of VPNs, getting them, and using them has become incredibly easy.

We can show you how to do it in only a few steps.

What else can I do with a VPN?

One of the most prominent and most beneficial side effects of VPNs is the ability to unblock geo-restrictions.

For example, if you live outside of the UK and you wish to unblock its content, connect to a UK-based VPN server, and you're done. 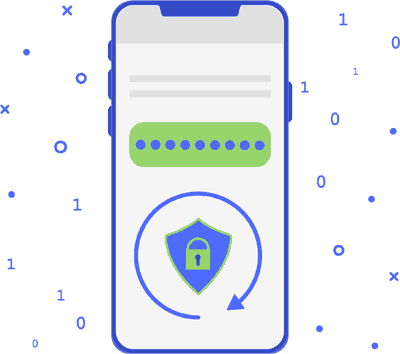 This allows you to access services like UK Netflix or many of their streaming services such as BBC iPlayer, ITV Hub and others.

You're not restricted to UK services either. Connect to another country like the United States to unblock US Netflix and more.

VPNs are becoming a crucial technology for ensuring your online security and your mobile security should not get left behind.

With a VPN, you can avoid hackers, malware, government spying, and more.

They are so capable that you can even use public Wi-Fi with them and not worry about being hacked or having what you're doing be snooped upon.

Further, they are the best way to protect your mobile phone from all kinds of online dangers and can be used to encrypt data. The fact is that you are at risk at all times.

This is just how it is and how the internet works these days. There is no point in denying it and hoping it goes away.

Instead, take steps to protect yourself, prevent the dangers from affecting you and thwart prying eyes. It is much easier to do that than deal with the consequences.

Ready to protect your mobile? Try our recommended VPN service.