Top 5 Zoom Alternatives that are Secure 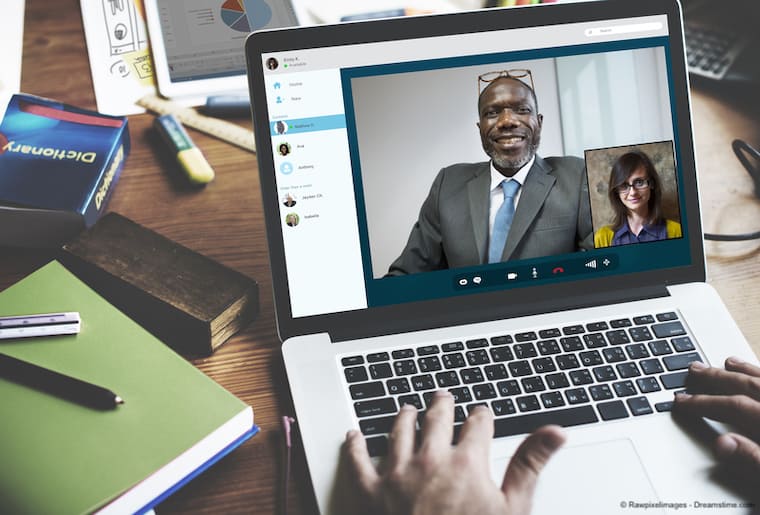 The coronavirus crisis has proved to be a period of intense turbulence for the people behind Zoom, the internet teleconferencing software that initially saw a huge spike in users.

The company has since come under intense scrutiny for the myriad of privacy and security issues it quickly became apparent was present in their software.

We have written about a few of the early privacy issues that were spotted in Zoom previously, but more worrying facts have emerged.

This revelation appears to have been central to the decision of the Taiwanese government to ban official use of Zoom. This is a rapid fall given that just a week ago, the first-ever video-conference meeting of the UK Cabinet was using the technology.

Given the more recent revelations, a lot of online privacy and security experts have been advising people to avoid using Zoom if they want the contents of their teleconferences to remain private.

Based on the information we have seen, this is a conclusion that we would concur with. One option to make up for the absence of end-to-end encryption on Zoom would be to connect to a VPN.

But for the whole teleconference to be secure, every participant would have to have a VPN and this still won’t make up for the other security and privacy issues that Zoom has.

But with the coronavirus lockdown still in place across much of the world and remote working being enforced on so many people, what software should they be using to conduct their video conferences?

Here are five alternatives to Zoom:

Apple and iOS device users rejoice. You don’t need to go hunting high and low for a secure alternative to Zoom. You already have one pre-installed on your device.

FaceTime is a secure video conference tool that deploys end-to-end encryption as standard. This means that not even Apple can access the contents of your call. Only you and the people you are speaking too can see what you are talking about.

FaceTime allows multiple people to join the same video chat and is unerringly simple to use. It may lack some of the additional bells and whistles of Zoom and other dedicated video-conferencing tools, but if security is your top priority, it cannot be beaten.

Sadly, if your team don't use Apple devices, you're out of luck.

Jitsi is another open-source app and, despite how the name may sound, has no links to China.

It was instead developed at the University of Strasbourg. Jitsi is packed full of features and offers various different types of video chat. It also doesn’t require people to set up an account in order to join your chat.

Jitsi does not offer end-to-end encryption but it does encrypt all data that leaves your device. This doesn’t make it more secure than Zoom but it doesn’t have any of the other major bugs and issues that have been found in Zoom.

One small downside to Jitsi is that it can get a little unstable if there are too many people on a video-conference at the same time. But it still provides a potential alternative to Zoom, especially when combined with a VPN.

Signal is a free and open-source messaging tool that can be downloaded onto any iOS or Android device.

It uses its own Signal protocol to encrypt all communications. It is run by a group of developers who are driven by a desire to create a secure communication tool rather than generate profits.

Signal works more like a WhatsApp messenger than Zoom but does include a video functionality that is guaranteed to be protected by end-to-end encryption.

The downside to Signal is that it doesn’t currently support group chats. But for one-to-one teleconferences with both colleagues and clients, it is the most secure option available right now.

Like FaceTime, Skype is already a household name and many people will already have downloaded their app onto their devices. Skype is extremely stable and is already able to cope with multiple people on a video chat.

It is packed full of many of the same features as Zoom and lacking most of the security issues that people have been talked about in recent days.

There are some downsides to Skype though.

It is owned and operated by Microsoft and some privacy experts are critical about how they handle their user’s data. And Skype is not encrypted, so while it might be a better bet than Zoom, it is still not secure enough for anything that might be considered sensitive.

If your company uses Office 365 as its work-suite of choice, the chances are you are familiar with Microsoft Teams. It is Microsoft’s dedicated business video-conferencing tool and, like Zoom, it has enjoyed a big spike in user numbers as the coronavirus lockdown has come into force.

Teams can support multiple-person video conferences and adds a bundle of additional features to allow you to share documents and written content too. It is both functional and user-friendly to use.

Unfortunately, Teams does not deploy end-to-end encryption either. But it does enforce team-wide and organisation-wide two-factor authentication and does encrypt data both while it is being sent and while it is at rest.

It is not perfect, and is still a Microsoft tool, but Teams is definitely more secure than Zoom.

Although Zoom has become an invaluable tool, there are alternatives and many you and others will already have installed.

If you're feeling a little apprehensive about the recent privacy issues regarding Zoom then why not try or look into one of the above solutions.

I would love to hear your alternatives too, let me know in the comments section if you've been using an even more secure solution.