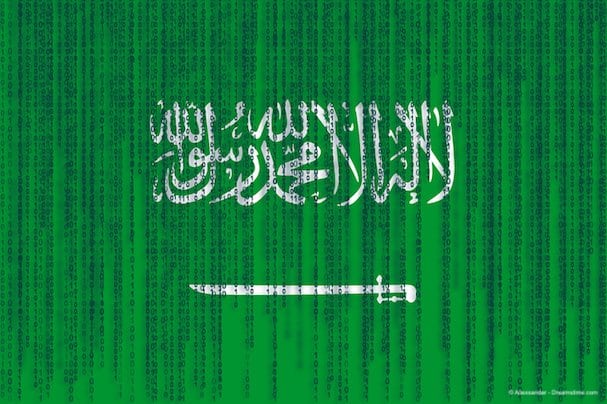 The murder of the Washington Post journalist Jamal Khashoggi inside a Saudi Arabian consulate in Turkey shook the world and did an enormous amount of damage to the international reputation of the ruling family of one of the Middle East’s richest countries.

It threatened to have a similar impact at a domestic level, but it seems that the Saudi authorities have acted quickly to try and stem the flow of negative headlines. Almost inevitably, their preferred method has been to drastically increase the country’s online censorship programme.

How Saudi Arabia hid international condemnation from its citizens

The revelation that Saudi Arabia has ramped up online censorship in the wake of the Khashoggi murder comes from the Censored Planet project, a University of Michigan project which, much like the University of Toronto’s Citizen Lab and the Open Observatory of Network Interference (OONI) monitors online censorship.

They ran automated tests on Saudi servers on October 16th, which was about two weeks after Khashoggi was murdered and the same day that Saudi and Turkish officials conducted a joint inspection of the Saudi consulate where he was killed.

Their scan showed that online censorship in Saudi Arabia had more than doubled in comparison to the results they returned the previous month.

The scan found that a number of high profile foreign news sites which had previously been available in Saudi Arabia were now being blocked. These include the likes of Fox News, the Los Angeles Times, and the Canadian Broadcasting Corporation (CBC).

Other domestic sites which frequently report international news were also blocked including the English-language daily arabnews.com.

While subsequent tests have shown that, with the drop in coverage of the Khashoggi murder, access to some sites has now been restored, others including arabnews.com and the LA Times remain blocked.

Saudi Arabia is ruled by an absolute monarch so it will come as little surprise that they practice online censorship in order to protect the ruling regime.

In the most recent Freedom on the Net report, Saudi Arabia was rated as ‘Not Free’ with the report highlighting restrictions placed on social media sites and VOIP services.

The report also noted the systematic blocking of a whole host of content deemed to be “harmful, illegal, anti-Islamic, or offensive” in this mostly conservative Muslim country.

But it is also common practice to block criticism on the ruling royal family and this often extends to those advocating for political change in the country.

Saudi authorities employ online news moderators to delete critical user-generated content. This means that mainstream media sites in Saudi Arabia never carry any content which is critical of the regime.

In this context, it comes as no surprise to see the Saudi authorities attempting to block access to the wave of international condemnation that has come their way in the wake of the murder of Khashoggi.

However, given the sheer volume of articles and content that the murder has generated, it seems unlikely that this action will have stopped many Saudi’s from accessing such content if they were looking for it.

While some international sites appear to have remained available throughout, there are also a growing number of Saudi internet users who are already employing VPNs to get around state censorship and access the internet freely.

By using a VPN such as ExpressVPN or IPVanish, they can redirect their internet traffic through an overseas server which will bypass the state censorship which is in place at home. And because VPNs encrypt your online traffic and hide your identity, they can do so without fear of government reprisals.

How does Censored Planet identify censorship?

Censored Planet is run by Roya Ensafi, who grew up in Iran and has developed a technique to monitor censorship by searching for publicly available servers in places like libraries and universities and then asking them to check the availability of more than 2,000 websites.

These servers will check whether IP Addresses are blocked, whether domain name systems servers have been manipulated to stop connections linked to the correct site, and whether a regime is blocking specific keywords.

Censored Planet say that their approach eliminates the risk to volunteers which projects like OONI depend on to test blocked sites for them and report. OONI has publicly stated that none of its volunteers have ever got into trouble, but it nonetheless welcomed Censored Planet’s approach which it said complimented its own.

Projects like Censored Planet are crucial to ensure that the wider world can be fully aware of the scale of online censorship around the world and the extent to which regimes like the one in Saudi Arabia use them to react to bad news stories like the brutal murder of a journalist in their own consulate.