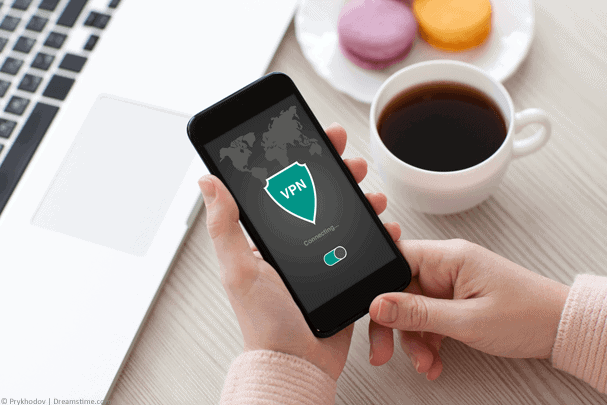 Samsung's latest flagship phone the Samsung Galaxy S9 has been wowing crowds at Spain's Mobile World Congress. It's not only the hardware that's impressive but the apps powering the device and the forward thinking of Samsung.

VPN use has been rapidly on the increase across all devices and with large scale security breaches Samsung have taken note.

The Galaxy S9 will come pre-installed with a security suite from well-known virus protection company, McAfee which includes VPN functionality as standard.

As part of this security suite, McAfee will power Samsung's Secure Wi-Fi which for all intents and purposes offers VPN connectivity for users of the Galaxy S9.

McAfee is the security company that everyone loves to hate founded by the charismatic and often bonkers John McAfee. Their software has come pre-installed on systems as far back as we can remember and through personal experience and many stories has been slowing down and destroying systems at the same rate.

However, for the failings of their desktop counterpart the software for better or worse is still one of the most well-known and with such a large brand pushing VPN capabilities it reaffirms that in 2018 VPN use is now mainstream.

VPN use on the rise

VPN use has been growing rapidly in recent years and has seen continued growth across all devices, not least in the mobile sector.

More users are using their mobile devices to connect to public Wi-Fi networks and in settings where VPNs can protect from a range of security issues.

The partnership between Samsung and McAfee reaffirms that VPN use is no longer reserved for those in the tech industry and traditional geeks but is now in the consciousness of the general public.

For those who are still yet to hear of or understand what a VPN is, the continued push by leading consumer brands such as Samsung will bring VPN use to a whole new demographic of users.

Samsung recently delved into the mobile VPN world back in December after adding their Secure Wi-Fi feature to the Galaxy Note 8 Tablet.

Although McAfee SafeConnect is actually rather expensive the Samsung version of the service is rather less damaging to the bank balance.

Users will be offered a free trial that is limited to 250mb per month which for most users won't be enough. However, it will be enough to test the service.

Extending that to a paid subscription of 24 hours will cost $1.18 (approximately £1.42) and a full month should set you back $2.36 (£1.68). Both plans will come with no restrictions on the amount of data that can be transferred.

It's worth noting that McAfee's VPN service is limited to just “18 virtual server locations” and with little detail about where these are or where they're physically hosted users would be right to do their homework.

The push by Samsung and McAfee to increase VPN usage and make the experience user-friendly should certainly be commended but with far superior services such as Private Internet Access offering a whole lot more at nearly the same price, one has to question if the built-in client is such good value after all.