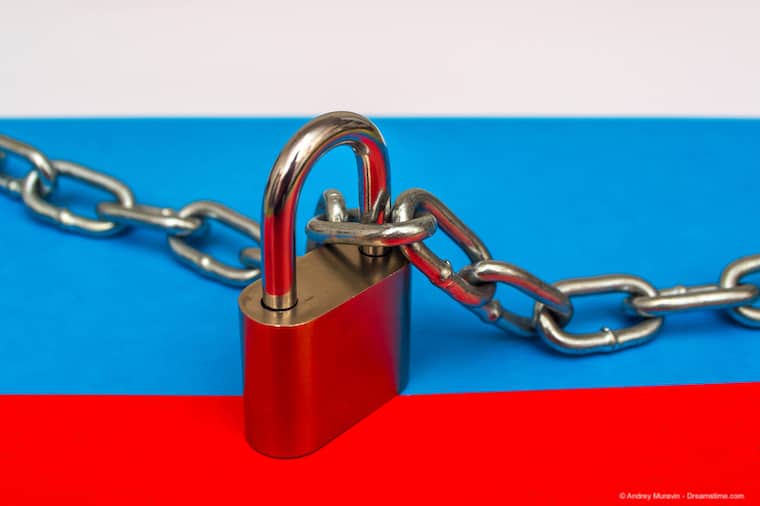 Russia has announced that it is planning to begin tests on its RuNet domestic internet network.

If successful, RuNet will allow the Putin regime to completely isolate the Russian internet from the rest of the world and therefore give the Russian authorities total and unlimited control over the communications and information of all the Russian people.

VPN ban as an indicator

Earlier this year, Russia threatened to block some of the world’s biggest VPNs.

The targeted providers included ExpressVPN, NordVPN, and IPVanish, all of which refused to comply with the Putin regimes demands to censor accessible content.

Needless to say, these threats have not been carried out. All of the VPNs threatened with being blocked in Russia remain available and continue to offer thousands of Russian people access to an uncensored and unsurveilled internet.

But the Russian states failure to block access to VPNs is unfortunately not a signal that they are giving up on the pans to severely restrict Russian people’s access to the internet.

The Putin regime was one of many authoritarian regimes which watched on in horror as the Arab Spring unfolded and the people of several Middle Eastern and North African countries rose up to overthrow their despotic rules.

Ever since they have been worked to try and prevent the Russian people delivering a similar judgement on them. Attempting to ban VPNs and encrypted messaging services like Telegram were just some of the more high-profile measures taken by the Putin regime to reign in internet freedom.

But these steps were just the hors d’oeuvre to their main plan.

Russia has long looked on wistfully as its neighbouring totalitarian regime, Communist China, used its vast wealth and resources to create the world’s most overbearing internet control systems.

Communist China’s Great Firewall and associated surveillance powers mean the Chinese regime is able to censor internet content in real-time and hand down strict punishments to those who infringe its rules.

Russia does not have the financial or human resources to implement a similar system itself, so it has had to be creative. The answer to its prayers appears to be RuNet.

RuNet is a policy which is intended to give the Russian regime the power to isolate Russia’s internet from the west of the world. Russia has long been dependent on imported internet technology and the majority of popular websites and online services in Russia are based overseas.

This is viewed as a security risk by the Putin regime and it fears that western ideas as well as technology could fuel public discontent with their running of the country.

Their answer is an extreme one. It wants to cut the Russian internet network off from the outside world entirely.

RuNet is based on legislation passed last year which handed Russian authorities two new powers. The first requires all internet data originating in Russia to be routed through access points controlled by the Russian state. The second was permission to build a national domain name system.

When put together, these two measures mean that Russia would be able to sever internet connections with the outside world and still retain a functioning domestic internet network.

RuNet testing to start in November

No country has attempted to disconnect itself from the global internet before, so it remains to be seen how effective RuNet would be in practice.

But that is what the Russian regime hope to find out soon. They have announced that tests will begin on RuNet next month.

Now, we have to take this announcement with a bit of a pinch of salt. They have made similar announcements twice already this year, in February and April, yet nothing has so far happened that we are aware of. But local reports this time appear to be the most clear-cut yet.

As the D-Russia website [in Russian] has stated, “the government approved the provision on conducting exercises to ensure the stable, safe and holistic functioning of the Internet and public communications networks in the Russian Federation… The exercises are [to be] held at the federal and regional levels.”

Precisely when these tests will take place and what impact they will have on Russian internet users remains to be seen.

What the Putin regime wants is another weapon in its arsenal so that at a time of national crisis or if there were to be a ‘Russian Spring’ it is able to restrict internet access and control exactly what Russian people can and can’t do online.

It is a sinister prospect and one which will fill many Russians with dread.

The internet controls already put in place by the Putin regime mean online freedoms are almost non-existent in Russia as it is. VPNs are already essential if anyone in Russia wants to access a whole host of different sites and service as well as any content critical of the regime.

Quite what effect the RuNet will have on VPN users is also unclear. As most refuse to play ball with the Putin regimes requirements, access could be much harder once RuNet is put in place.

But as we have noted, Russia lacks the resources of Communist China and they have failed to block VPNs, so there is no reason yet to think that Russia will be any more successful.