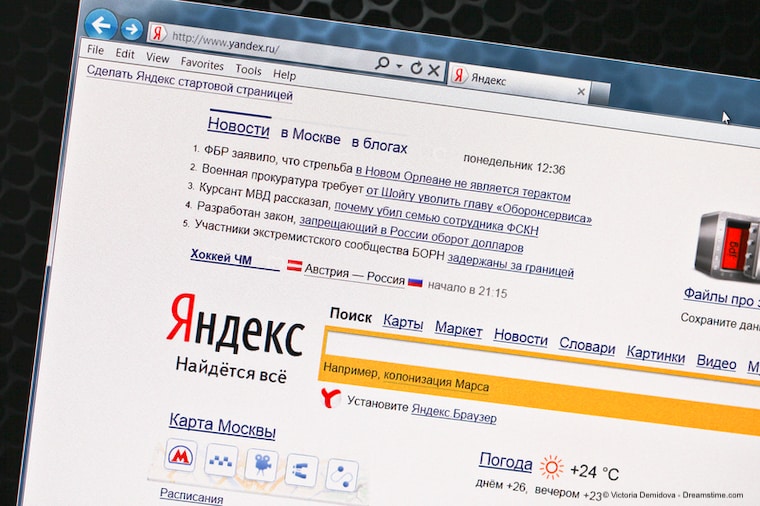 As the rest of us sat down to our roast turkey with all the trimmings yesterday, most of us were still full of the Christmas spirit of peace on earth and goodwill to our fellow man.

Not in Vladimir Putin’s Russia though. There, thoughts were focused on whether Putin’s regime would be able to successfully disconnect the entire country from the internet.

Ho ho ho, you might think, but sadly this story is all too genuine.

We reported earlier this year on Russia’s plans to begin testing its own so-called RuNet intranet. The concept is that Russia will be able to completely disconnect the entire country from the global internet but allow people to still retain a limited access to just the content that the Putin regime wants them to see.

If this sounds a little far-fetched and you are wondering if you have drunk a little bit too much prosecco over the festive season, bear with us because, believe it or not, it’s true.

The first test is reported to have taken place on Christmas Eve. Details remain sketchy and there is no independent verification, but the Kremlin claims that it was a great success.

Local news agencies in Russia (all of which are linked to the regime) have quoted the deputy head of the Ministry of Communications, Alexey Sokolov, as stated that all the tests had gone as planned.

“The results of the exercises showed that, in general, both the authorities and telecoms operators are ready to effectively respond to emerging risks and threats, to ensure the stable functioning of both the internet and unified telecommunication network in the Russian Federation.”

He also claimed that while the tests were taking place, internet users in Russia were none-the-wiser, although there is little evidence to support that statement at the time of writing.

Why is Russia cutting itself off from the online world?

Needless to say, the official line coming out of Moscow continues to be that disconnecting Russia from the internet is all about national security and protecting Russia communication systems from the threats posed by hostile foreign forces.

Such lines are necessary to sell their oppressive policies to the Russian people. In truth, the only hostility to Russian communications comes from inside the Kremlin, where Putin and his acolytes are determined to stamp out any form of online criticism or opposition to their regime.

While they have complete control over the mainstream media in Russia, they cannot stop international media outlets from highlighting their many flaws.

They can try and censor this content and spy on what their people are doing online, but to date, these efforts have only enjoyed a minimal effect.

Russia doesn’t have the economic resources of Communist China and many people in Russia already use a VPN to bypass state controls and access the internet freely and securely (including most people working for the regime itself).

So, if it can separate itself from the rest of the internet entirely, Russian people will be compelled to use Russian online services, news outlets, and retailers, all of which can be easily monitored and controlled by the regime.

The consequences of sovereign internets

The consequences of Russia’s plan, if it succeeds is that yet another authoritarian government will have succeeded in exerting greater control over its country and stymying political opposition and even balanced political discussion.

They would not be the first to go down this road. Iran has already begun to develop its own domestic internet while Communist China’s so-called Great Firewall has already effectively shut of internet users in that country from the rest of the world.

As Professor Alan Woodward, a computer scientist at the University of Surrey told the BBC, Russia’s move would take the internet even closer than ever to becoming permanently fractured.

“Sadly, the Russian direction of travel is just another step in the increasing breaking-up of the internet,” he explained. “Increasingly, authoritarian countries which want to control what citizens see are looking at what Iran and China have already done.”

“It means people will not have access to dialogue about what is going on in their own country, they will be kept within their own bubble,” he added.

He is absolutely right and as we arrive at the dawn of a new decade, the prospects for internet freedoms in the world are distinctly mixed.

In the free, democratic world, while governments rail against encryption and some have legislated against it, the truth is that there is little they can do to stop people using encrypted services like messengers and VPNs to keep their online activity private and secure.

But in authoritarian countries, the ability to access the internet without having to stare through the prism of your government’s political narrative is much harder. Today, in countries like Putin’s Russia, a VPN is essential to do this.

But if countries like these can succeed in disconnecting themselves from the internet altogether, VPN companies and the people themselves will have to find much more innovative ways of keeping information flowing.